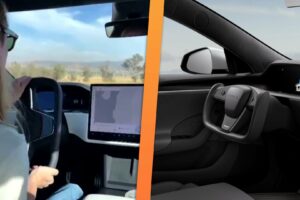 If you want to make a car look futuristic, one of the easiest things you can do is to replace the steering wheel with a yoke instead. However, on the road where normal cars drive, they’re not as cool as they might look. Things quickly become unwieldy, as demonstrated in this video of the new Tesla Model S from Motor Trend editor Christian Seabaugh.

The video shows how much fumbling is required to navigate a typical parking situation with the yoke in place of a typical steering wheel. Like most yoke designs, the center of the rotation doesn’t line up with the center of the yoke, leaving the driver to wrestle with an angry rectangle as they execute a multi-point turn in the parking lot. “It’s not like it’s hard to do, but it’s just so awkward,” says Seabaugh in the video, who quickly grows frustrated before stating “there’s a reason that they’re fucking circles.” 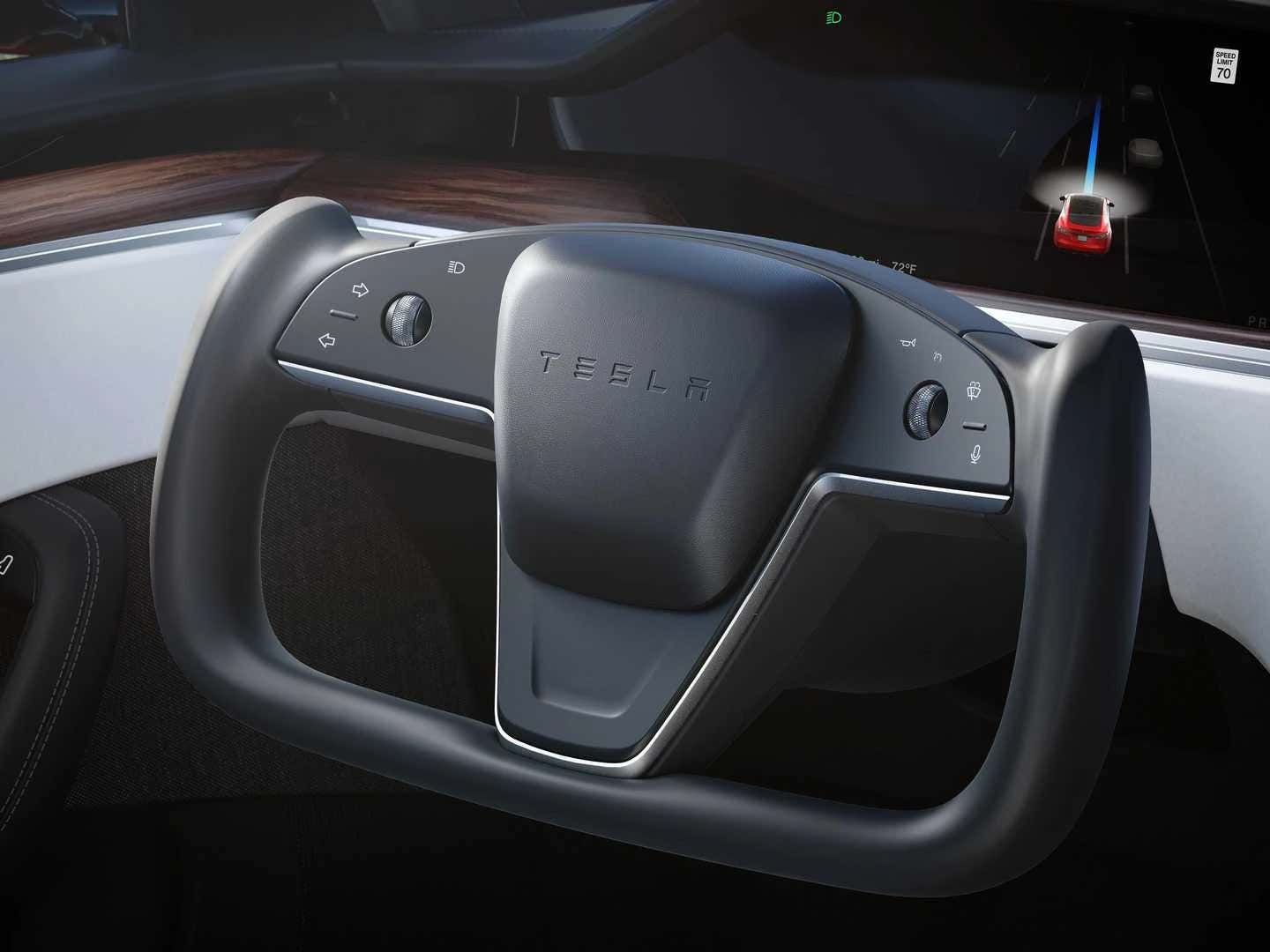 The problem is further compounded by Tesla’s new touchscreen shifter controls which are used to switch the vehicle between park, forward, and reverse drive. Instead of a physical shifter, drivers must swipe at the large central touchscreen that provides no tactile feedback in the interaction. The combination of a lumpy steering oblong and the swipe-to-shift controls makes parking seem like an absolute headache to deal with on a daily basis. In the video, Seabaugh awkwardly palms the tiller around and contorts his arms to get the job done, elbows akimbo, while pawing at the touchscreen to change gear. It looks excruciating.

There are also safety implications, too. In situations where the driver must deal with high angles of steering lock, the yoke’s irregular shape can make steering difficult. Situations such as a loss of control in icy conditions could be much harder to manage with a yoke instead of a round wheel. A traditional round wheel, by comparison, is much easier to grip no matter the steering angle. 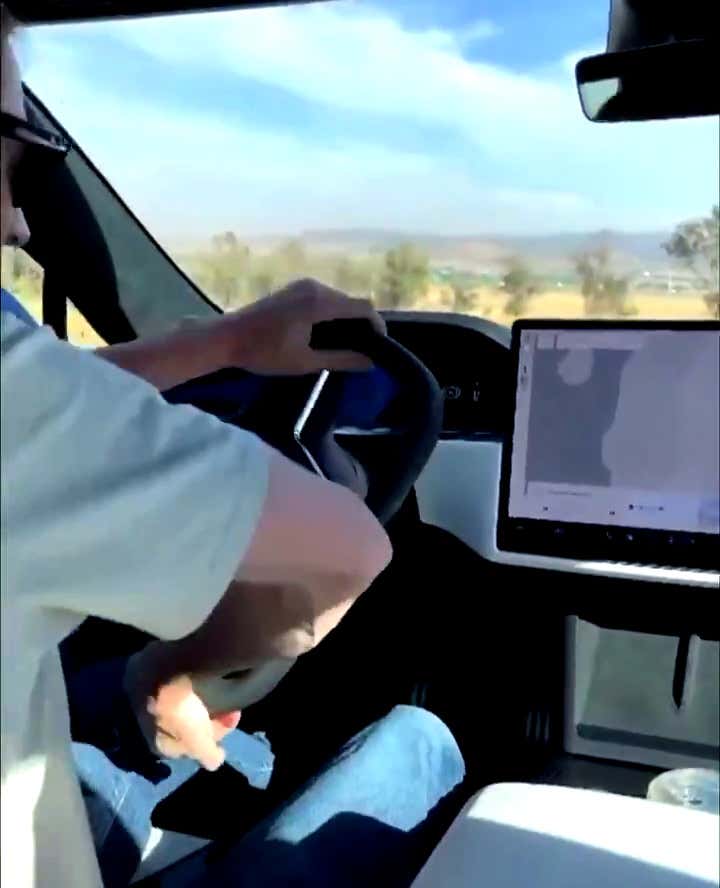 The yoke has been widely derided since it first dropped earlier this month. Recently, professional racing driver Randy Pobst even asked for it to be removed during track work at Laguna Seca. However, Tesla has stuck fast, and the latest Model S order page does not appear to offer a traditional wheel as an option at the time of writing. Tesla has no public relations department for us to query on the topic, so just assume that a yoke is your only option if you buy the new electric sedan this year.

Steering yokes are commonly used in racecars where space is an issue and drivers rarely use more than 90 degrees of lock. They developed as a natural progression from flat-bottomed wheels that allowed more space around the driver’s knees. They’re less of a drawback in such applications as racecars are made to be fast rather than practical.

Despite early hints there could be legal issues according to Road and Track, these have since come to naught, and the yoke-equipped Model S is now hitting the streets in numbers. If you happen to get behind the wheel, or, uh yoke, that is… drop a comment about your experience below.