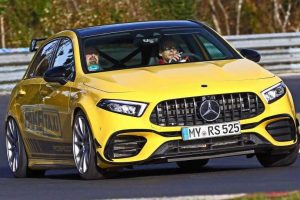 Join us for a short adventure back in time, 35 years to be exact. Imagine yourself in 1985, wearing stonewashed jeans while jamming along to Take on Me on your Walkman. You’re camped out for the WRC season-ending event in the UK and you just saw Henri Toivonen tear past the crowd in a Lancia Delta S4, one of the fearsome Group B rally cars with around 500 horsepower (368 kilowatts) from its mercilessly turbocharged 1.8-liter four-cylinder engine.

Unfortunately, we need to return to 2020. The very yellow Mercedes-AMG A45 S featured in this article is tweaked by German tuning company Posaidon, and it also has a mercilessly turbocharged four-pot. It’s slightly larger at 2.0 liters of displacement, but it makes even more power – 525 hp (386 kW) to be exact. Yes, this modified Mercedes hot hatch has the same kind of four-cylinder power that made the infamous killer B’s the stuff of legend. Say hello to the Posaidon A45 RS 525. 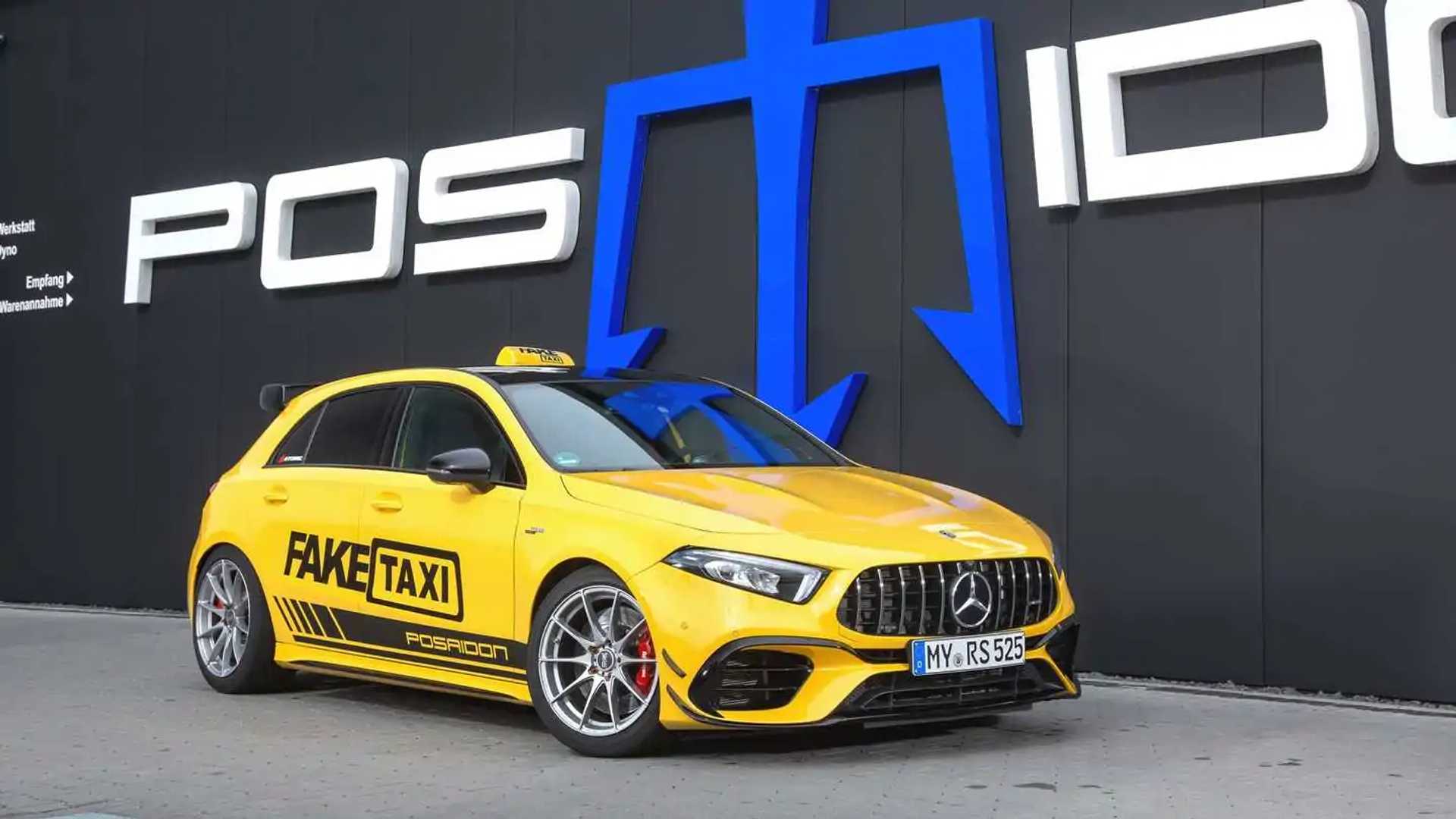 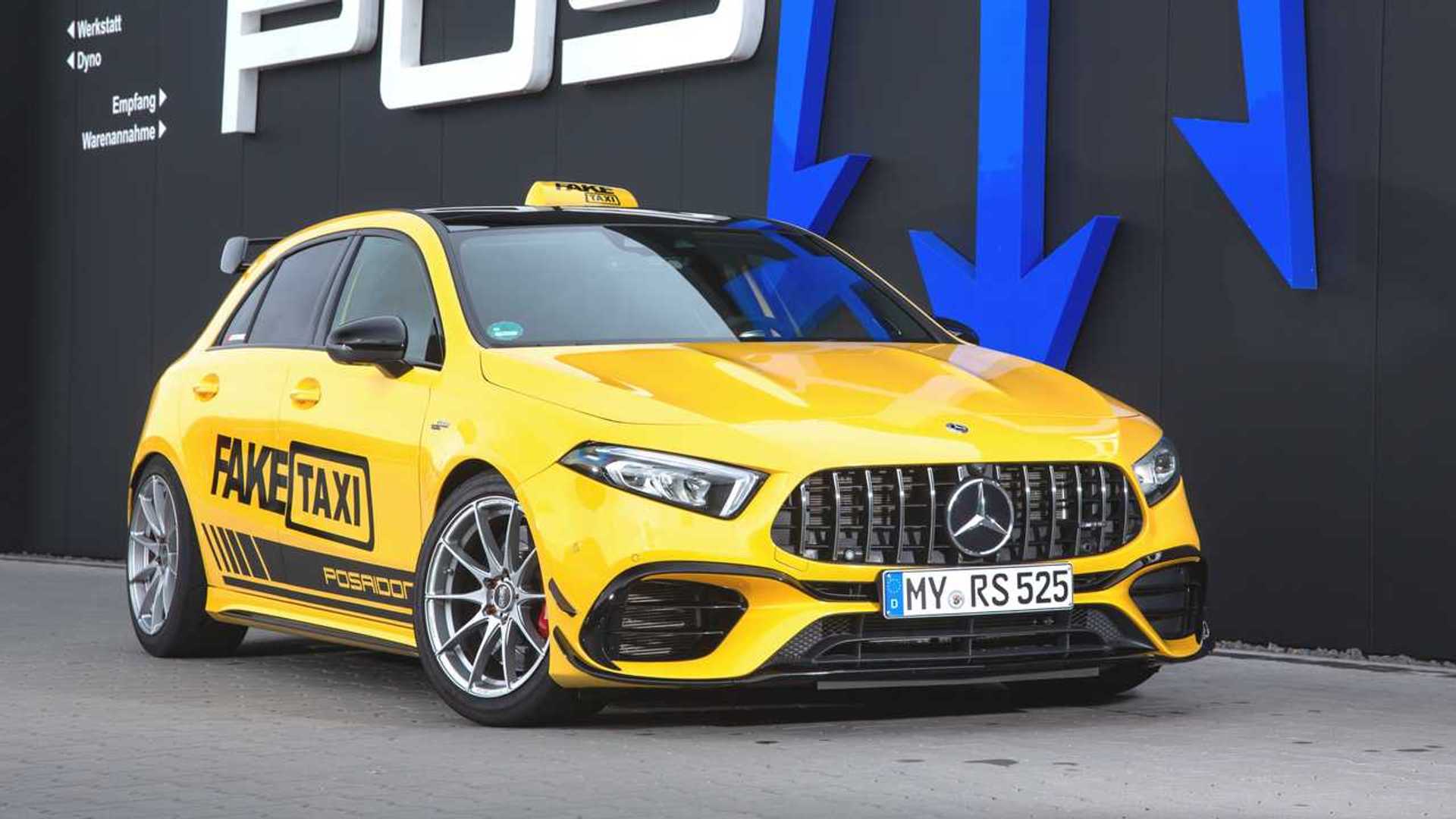 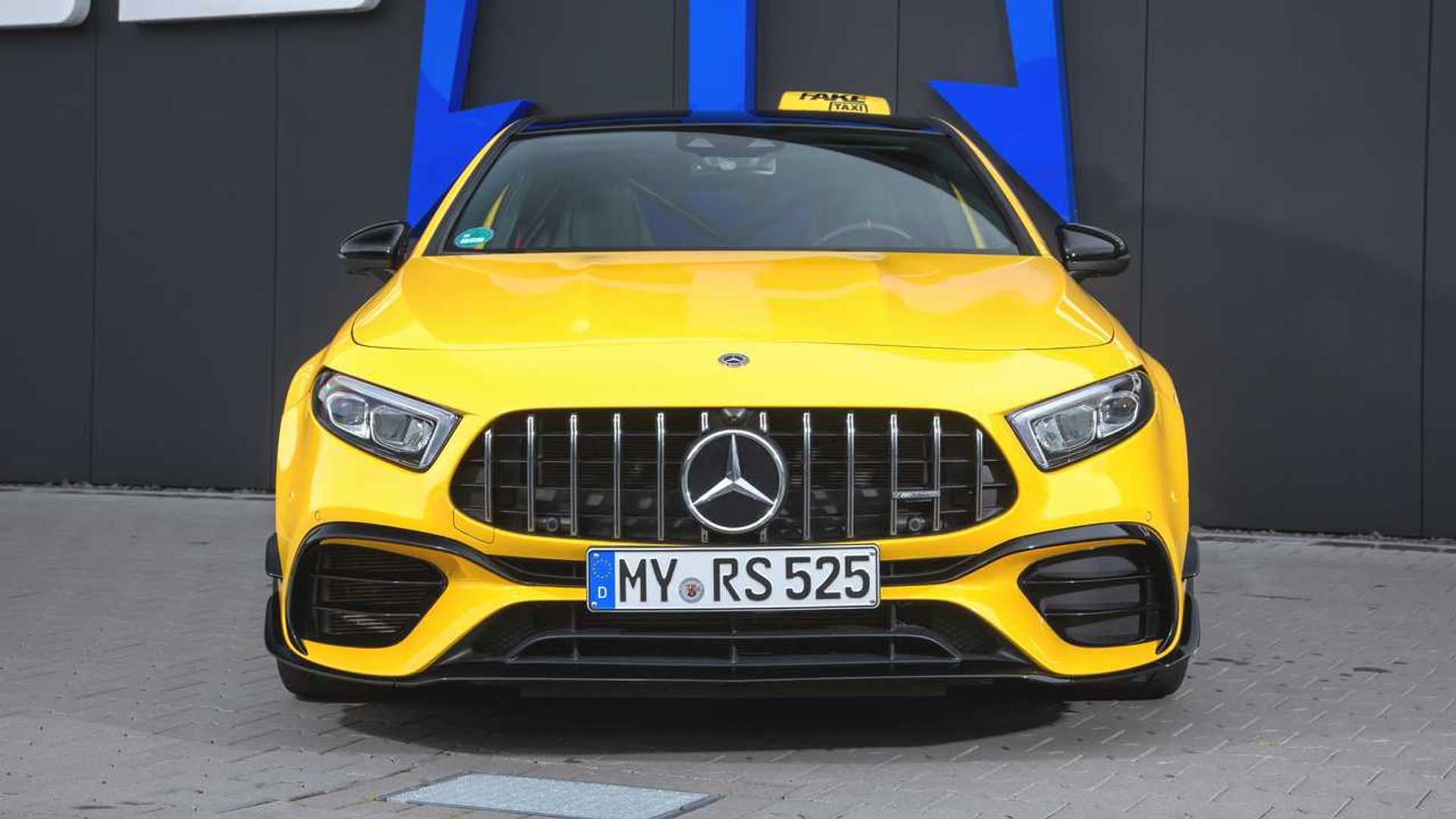 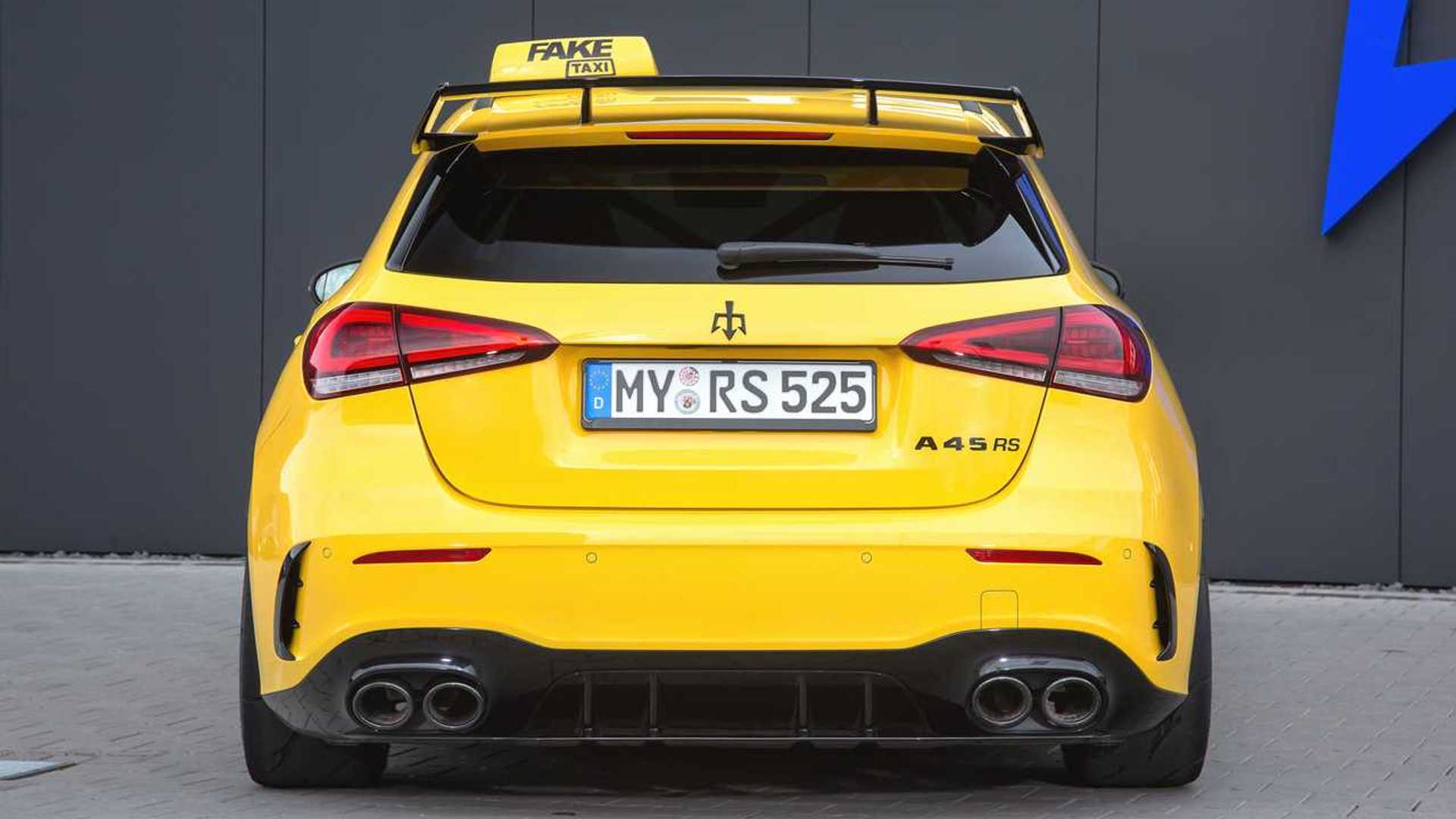 The power in this extreme A-Class is a bit more manageable, however. Posaidon takes the already stout M139 2.0-liter engine and gives it a beefier turbo. A fresh engine tune brings everything into harmony, and along with extra horsepower comes a healthy bump in torque to 442 pound-feet (600 Newton-meters) of twist for all four wheels to handle. As such, driving this hottest of hot hatches shouldn’t be quite as peaky as those Group B cars were, but Posaidon still says its RS 525 can reach 62 mph (100 km/h) in just 3.4 seconds. Flat out, the car can hit 201 mph (324 km/h), which is fast for anything never mind a compact hatchback.

Aside from an insane power infusion, Posaidon also offers something called a tracktool upgrade. As the name suggests, it adds a plethora of suspension, brake, and chassis upgrades that effectively render the A45 a road-legal race car. The back seat is removed in favor of a roll cage. The front seats get racing harnesses. Two-way adjustable coilovers are installed at the corners, and upgraded 14.25-inch brakes with steel-flex lines are added.

In a decidedly unofficial lapping session at the Nürburgring, Posaidon talks about racing and chasing an unknown driver in a current-generation Porsche 911 GT3 RS and hanging in for the entire lap. The Porsche driver was said to be a complete stranger, and the company readily admits they have no idea how hard the GT3 RS was being pushed. But the lap was hailed as something of a benchmark, and though no stopwatches were running, the company thinks its RS 525 could lap the Nordschleife in around 7 minutes 20 seconds.

At least, that’s a target time the tuner is aiming for next spring. As for pricing on this hyper-hatch upgrade, that will come at a later date.