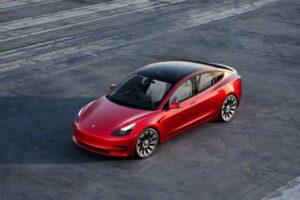 The probe, which often times elicits a voluntary recall from automakers, encompasses 416,000 units of the electric automaker’s most popular models. In the past nine months, Tesla owners have filed 354 complains for “phantom braking” when operating with the cars’ Autopilot driver-assist system. Complaints suggest the vehicle can suddenly brake while driving at highway speeds.

“Complainants report that the rapid deceleration can occur without warning, at random and often repeatedly in a single drive cycle,” according to the NHTSA’s probe.

It’s not uncommon for the sensors and cameras that make up a vehicle’s driver-assist system to mistake a lead vehicle in another lane on a turn or in other similar circumstances. But not with the regularity and frequency suggested by Tesla owner complaints. Tesla has dismissed the complaints by saying the braking is normal, and would not respond to Automotive News.

This coincides with Tesla’s growth as the world’s largest electric vehicle maker. In the U.S., Tesla has come under increasing scrutiny for everything from naming conventions to the technology itself. Autopilot, a Level 2 semi-autonomous drive system that requires frequent driver intervention, has been criticized as misleading owners into thinking the car can drive itself when activated. Autopilot has been potentially related to some high-profile fatal crashes, leading to another probe opened by the NHTSA last August. In a three-year period, 11 Tesla vehicles using Autopilot crashed into emergency vehicles tending to other traffic incidents. That probe covers 765,000 vehicles across the lineup.

Similarly, Full Self-Driving (FSD), a Level 3 system that theoretically enables long-distance hands-free driving, has been touted by Tesla as allowing point-to-point driving autonomy, yet the full ability set claimed for the $12,000 upgrade has been delayed for years as regulators caution that it needs more oversight and testing.

Both probes could result in yet another recall for Tesla. The NHTSA reports six safety recalls for Tesla in the past two months, though the majority of them could be fixed with over-the-air updates. If the probe uncovers a safety-related defect, the NHTSA may request a recall; if there’s not a defect, the investigation will be closed.

This article will be updated.