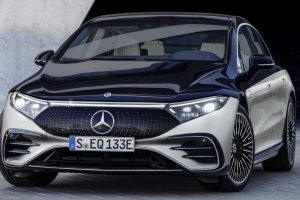 The Mercedes-Benz EQS is the brand’s first major dip into its luxury EV future. It’s big, it’s powerful and it’s got exquisite technical details, from the lowest drag coefficient of any production car to energy regeneration under braking that could intimidate a hybrid race car. But it’s also covered in what feels like frivolous touches, from ambient sounds—both car-related and driving experience—to the all-consuming hyperscreen in a way that distracts from what is, finally, an electric car with a claimed range of 478 miles of range.

Legacy automakers are so behind Tesla in terms of delivering on actual production-ready driving ranges, that even in Germany they’re scrambling to get themselves sorted before the California-based disruptors’ giga-factory opens in their own backyard. Audi is putting out a new e-tron once every two months it appears, and Mercedes is set for a similarly aggressive strategy in rolling out the EQC line. The EQS is the first of that big push and it needed to show what all of Daimler’s 125-year history meant in terms of design, driving range, and overall experience. 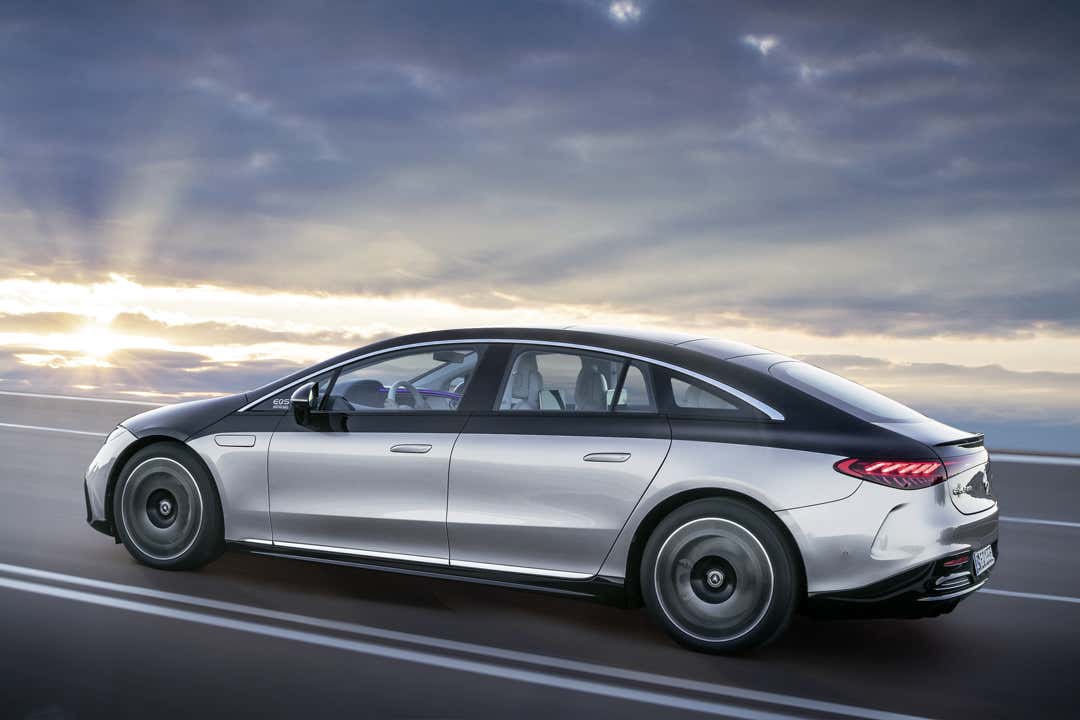 We haven’t had a chance to drive an EQS yet (not in the real world, at least) so there can’t be a definitive answer to whether the EQS is a Tesla Model S killer, but on paper, it is at least a very serious competitor. Mercedes has pulled out all the stops, including getting its F1 team involved, to try to make this sedan a car that makes sense as an electric Mercedes.

The first thing about it is the design; this thing is so pebble-smooth it looks almost unreal, curved like it must be a concept rather than a genuine production vehicle. It’s a conscious piece of design that’s been heavily invested into in a way that the aerodynamics for a sedan might not always be.

It matters a lot for an EV. A couple of tweaks can represent a 4-5 percent in overall range difference, Mercedes says. This is why it’s significant that the EQS’ design has been so finagled that it achieves a drag coefficient of just 0.20. That is lower than any Tesla, lower than the Taycan. An average good production car starts at 0.23 and that 4-5 percent of extra range, Mercedes says, is in the 0.03 resistance reduction.

The luxury car aspect of the EQS wasn’t compromised to achieve that, however. It is still a luxe ride, still a roomy sedan. The A-pillar has been moved forward, taking advantage of an EV’s spare space towards the front of a vehicle, so that there’s still a spacious cabin behind the smooth lines of the front end. It looks a little alien head-on because of that, but in a way that seems more distinctive than bad, for now, especially since it was a decision made based on functionality over aesthetics. 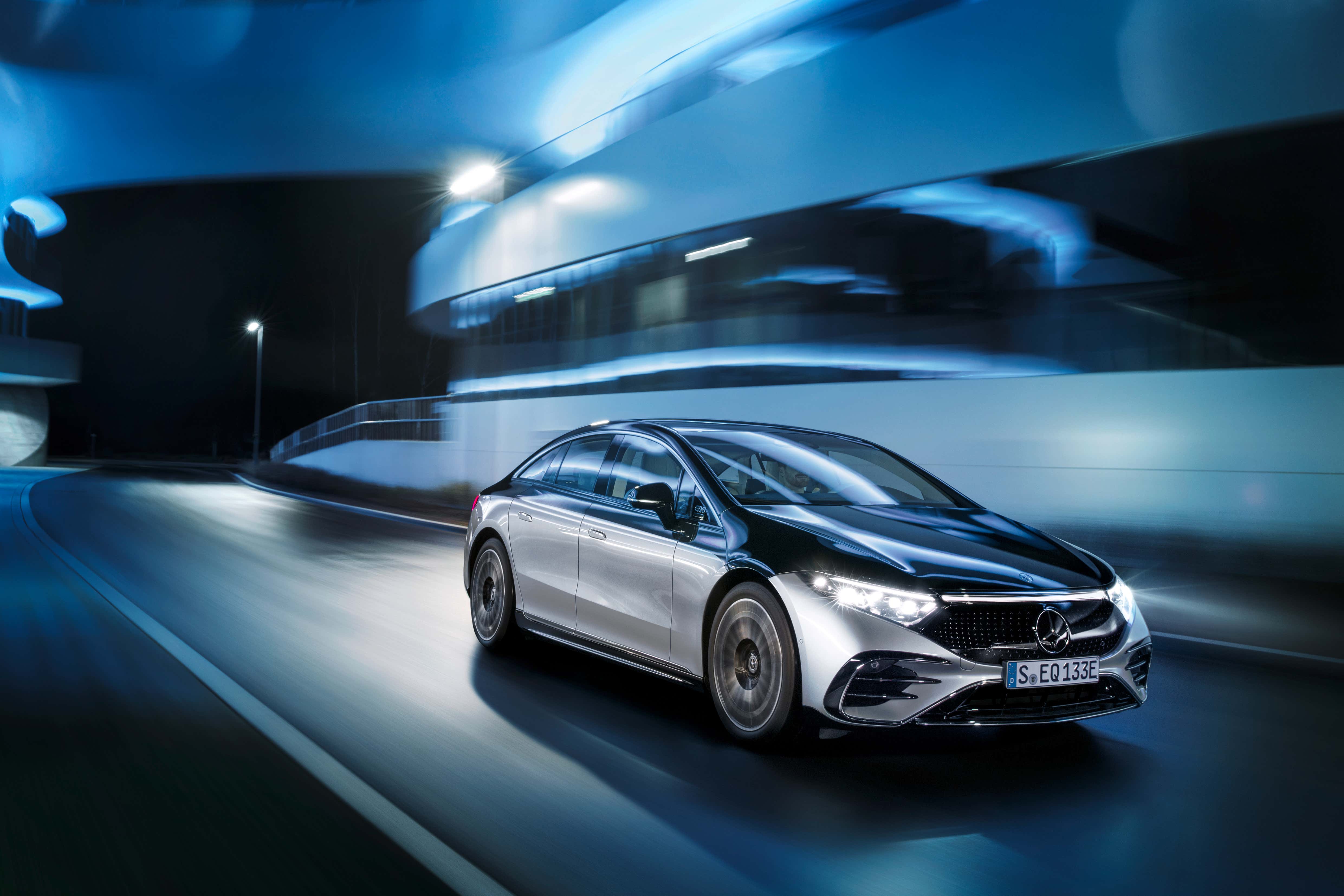 Equally alien—and totally inescapable—in the cockpit is the 56-inch touch panel that represented a lot of the early coverage about the car. It’s big, it’s made of glass, you can touch it with haptic feedback (the slightly odd fingertip sensation you get to know you’re doing something on a phone screen), as a justification that it can be as safe as using dials.

The hyperscreen lets you control some of the car’s most indulgent interior factors, like whether you want Forest Glade, Sound of the Sea, or Summer Rain moods projected inside. It’s intended to be relaxing, which all sounds great but also exactly the sort of reality-dislocating experience that turns drivers off from thinking this is a car for, well, driving. 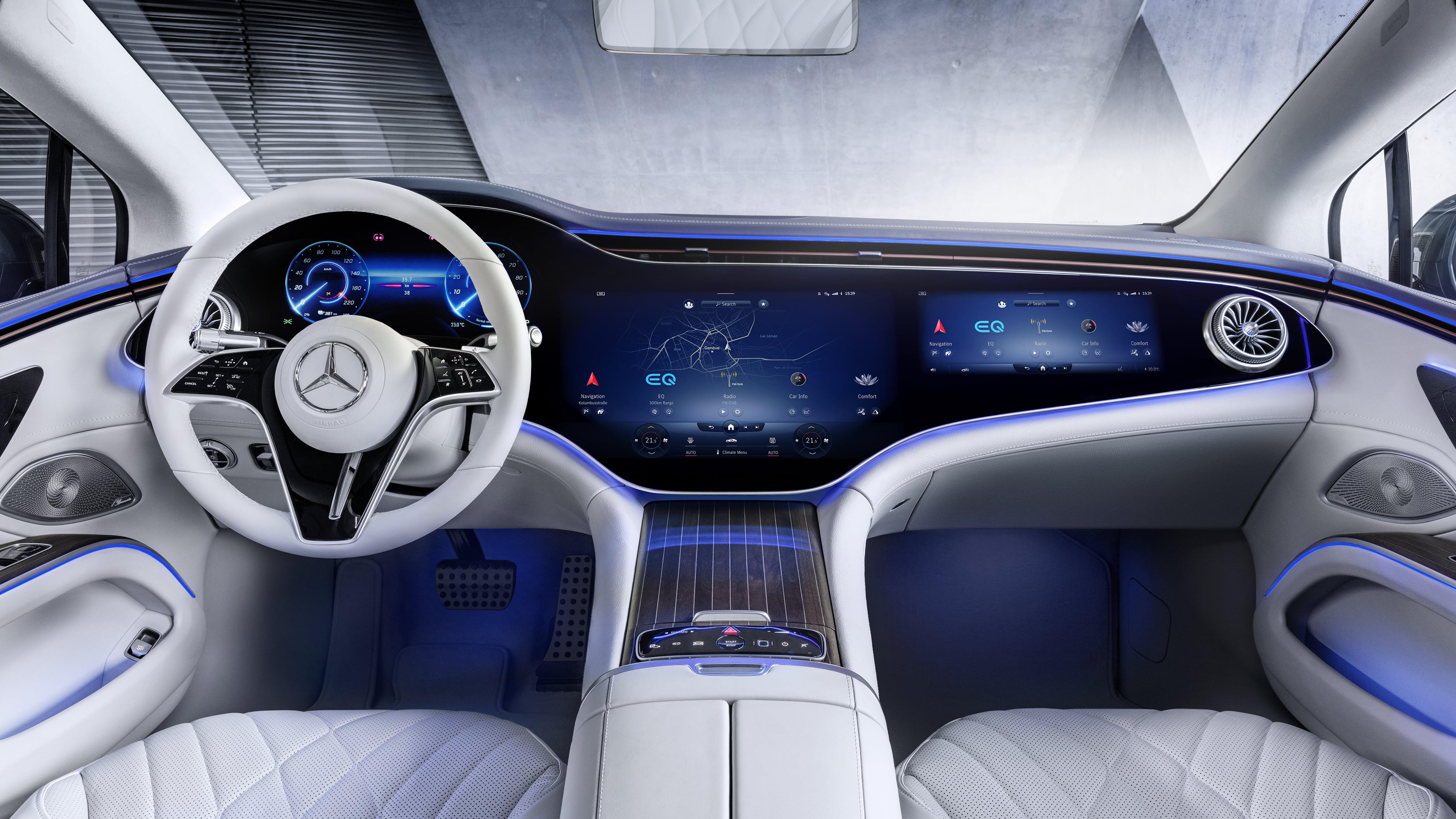 Going beyond what’s visible, however, the EQS has some extremely interesting and impressive features. The 478-mile range is a figure Mercedes is sticking to, although it’s not yet been rated by the EPA in the States. That puts it well over the 400-mile benchmark a lot of people cite for an EV to start being a credible option.

What’s under the hood (or rather, somewhere at the back of the car) is where the two different EQS models due to reach the U.S. this year differ. The price of either car is yet to be announced, including in the detailed specifications Mercedes sent out for this launch, so we can’t tell you what the cost difference between the two is but it’d be reasonable to assume the EQS 450+, which has 329 horsepower and rear-wheel drive, will be cheaper than the EQS 580 4Matic, with 516 horsepower and all-wheel drive.

Both cars have the same 107.8-kWh battery pack, which they get a slightly different performance out of. That’s down to the motor-generator unit in the 580 4Matic just being beefier, but either way, the numbers are so astonishing that I had to clarify with Mercedes exactly what it was referring to.

To contextualize this: Tesla, on a good day and under hard braking, can recover up to 77kW into the battery from braking. Formula E cars, at the edge of regenerative regulation, can claw back up to 200kW. In the EQS 450+, it is 186kW, the 580 4Matic: 290kW. That’s so unbelievably high it’s hard to take seriously and might be incredibly scenario-specific, but Mercedes says that “This value refers to the electrical power fed into the electric battery due to recuperation. It can be achieved under optimal environmental conditions, depending on, among other things, charge status and temperature.”

So, although it may be regularly much lower, that really is referring to how much the brakes could put back in at once, which is still wild. Speaking of charging, the other thing that’s important is, of course, how fast you can juice up at a station or at home. The EQS comes with AC charging for the home but can go up to 200kW DC fast charging in public stations, which should put about 186 miles of range in the 450+ in 15 roughly minutes.

There are not a plethora of 200kW chargers out and about yet, but purchasing the car includes two years of free access to the green-energy powered “Mercedes me Charge” network. That’s just access to—according to Mercedes— 90 percent of public chargers in the U.S., but Mercedes itself ensures that whatever energy you use is balanced as renewables, regardless of where it’s originally drawn from.

Lastly, this car has green credentials, too: from recycled detailing in the interior rugs to the fact Mercedes has committed to carbon-neutral production, including at its Hedelfingen battery plant for the EQS starting in 2022.

As I mentioned above, pricing has yet to be released, but Mercedes claims it will arrive at U.S. dealers this fall. 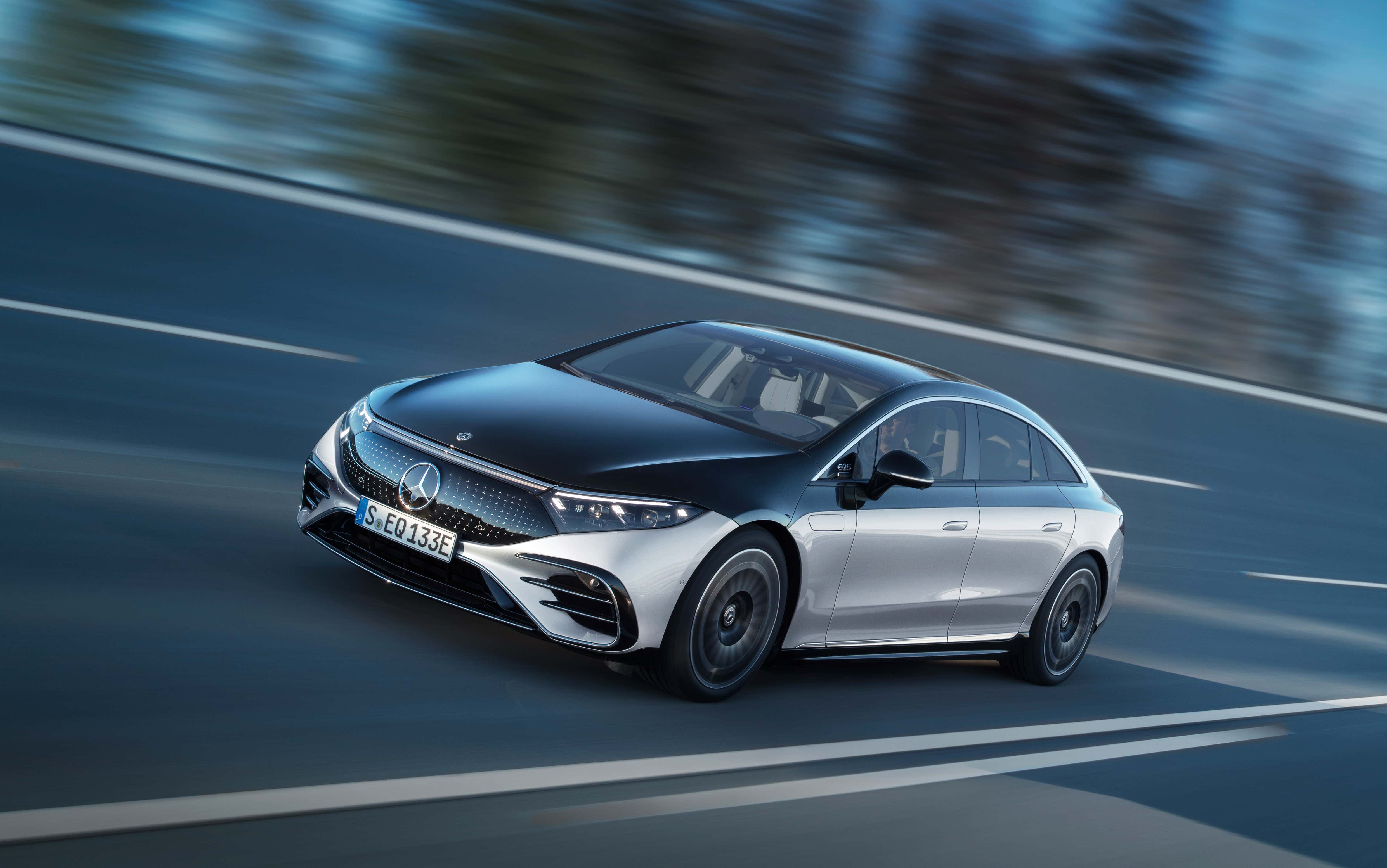