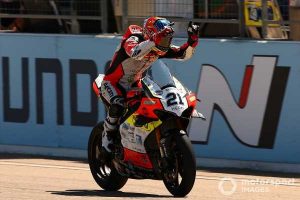 Rinaldi, 24, stunned the WSBK establishment during the first race of last weekend’s second Aragon round on Saturday, as he saw off five-time champion Rea to score an emphatic first victory aboard the satellite Go Eleven Ducati Panigale V4 R.

The Italian rider, who had never previously finished in the top three of a WSBK race, then followed that up with third place in Sunday’s Superpole race and then second in the final encounter of the weekend, losing out in a tight battle with Rea.

With Chaz Davies’ future at the Italian marque far from certain, Rea believes Rinaldi has earned the chance to partner Scott Redding at the factory Ducati squad in 2021, especially as he bested the ex-MotoGP rider in both the weekend’s full-length races.

“He deserves it now,” said Rea when asked if he felt Rinaldi was ready to take the step up to factory machinery. “To win so convincingly, and to be faster than the factory bikes… I don’t know the spec of his machine, but I can’t imagine it’s exactly the same.

“He’s done a great job. You know when you find some magic, last weekend [in the first Aragon round] in Race 2 I found some magic and [on Saturday] he found the magic. And it was completely unbeatable.

“When you get beat like that, and the guy is dominant, and there are no excuses, you can’t be happy but you can accept it and admire the race he did.”

Speaking after his win on Saturday, Rinaldi refused to directly address the topic of his future, but made a point of thanking those that had kept faith in him after what he described as a “terrible” rookie season with the Barni Ducati squad last year.

“I think I’m very fortunate because there are people behind me that always believe in me,” he said. “Even if last year was a terrible year, those people always believed in me, helped me and that’s why we are here. I can’t say much more.”

Rinaldi also credited changes in his “training, diet and my mindset” with his turnaround in form after a 2019 season that yielded only two top-five finishes and 13th in the points.

“Before I was really always working every day but I think you need also to enjoy yourself as a young rider, as a young person,” he explained. “Sometimes you need to not think always about racing but also take your time [for yourself].

“I think that was the key because was relaxed, I was ready, and that was I think a good mentality. And, of course, the bike is working very well.” 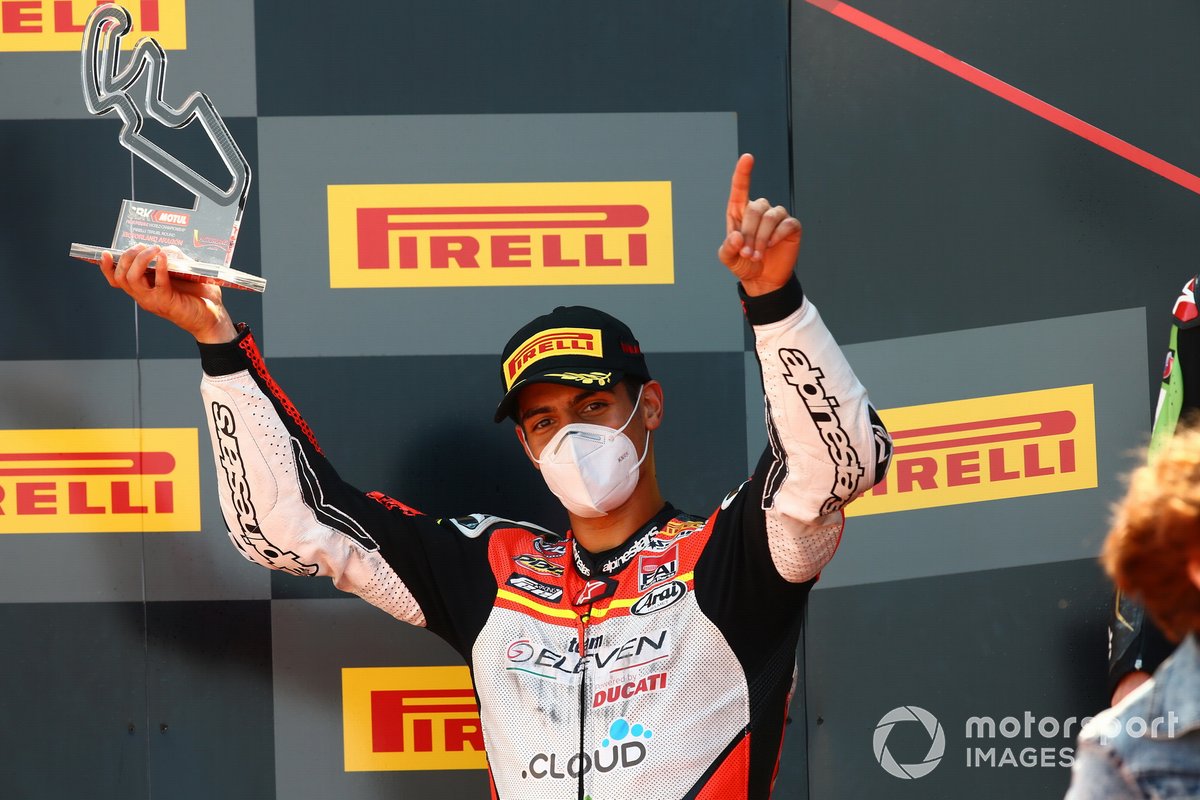