Williams didn't sign Alex Albon to prove they're no B-team 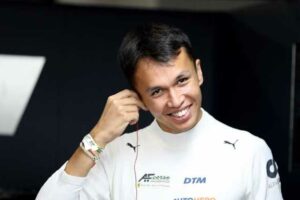 Jost Capito believes signing Alex Albon proves Williams aren’t a B-team, but says that’s not why he was chosen.

With George Russell heading to Mercedes next season, the current Red Bull reserve driver will be replacing the Brit as Nicholas Latifi’s team-mate.

It’s a move that goes against the wishes of Williams’ engine suppliers, Mercedes, who tried to get their Formula E driver, Nyck de Vries, the seat.

Choosing Albon proves that the British outfit isn’t a B-team, says Capito, but that wasn’t the main reason that the Thai driver was signed.

“[It] shows and confirms that we are not a B-team,” the team principal told The Race.

“It’s not important for us to send this message to anybody, it’s just that it shows that we really do what is best for the team and we decide it within the team. We are not driven by anybody else than ourselves.

“That this message goes then outside it’s obvious, but we did not do that because of the message.”

That being said, Capito and co are keen to stress and assert their independence going forward as without doing so, he feels they can’t become world champions.

“As a B team, you will never be world champion,” he added.

“And if you make yourself dependent on any other company or any other team, then you will never win the world championship and you will not be credible within the team with having this message.

“With that you give up on being world champion. And you just say you want to be part of the show. That’s it.”

The team boss is keen to make clear that there were multiple factors that played a bigger part in the decision to sign Albon over De Vries though.

Specifically, his F1 experience, his attitude and his relatively young age.

“It’s his experience, the way people who worked with him say how he works, how he can set up and improve a car, and also his personality,” said Capito.

“We wanted to choose a driver who has Formula 1 experience and is still on the way up. If you want to build a team, you need consistency as well. And we see him as a long-term and multi-year part of the team.

“Of course, you always have to see what happens and how it all develops. But the intention is to have him for a long time.”