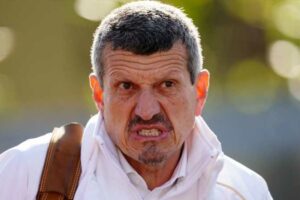 Haas boss Guenther Steiner may be one of the stars of the Netflix’s ‘Drive to Survive’ – but that still won’t get him to watch it.

Steiner’s celebrity status has shot through the roof since the documentary series first aired in 2019 and his name won’t be far from the very top of the list of most popular team principal as a result.

However, Steiner has resisted any temptation to have a look at himself in action and for good reason, too.

“Why didn’t I watch it? I don’t want to change because it’s me,” Steiner said in an exclusive interview with Crash.Net.

“I also don’t listen to myself on radio interviews because it’s just something I don’t enjoy. It’s not like I’m afraid of it, I just don’t enjoy it.

“With Drive to Survive, the biggest thing is, if I watch it, you try to do different and [be] better, whatever better is. But then it is not me anymore. Then I have to put effort into doing that and then I cannot focus on my job.

“My job is running an F1 team, it’s not being an actor. As much as people say ‘oh you are a good actor’ – no, I am not an actor, I am doing my job. That’s maybe the difference. I always say I am too ugly to be an actor.”

The way in which the ‘Drive to Survive’ series is edited has come under increasing scrutiny over the years, and to the point where the likes of World Champion Max Verstappen has refused to take part in the show because of it.

Steiner, though, has no issues with the editing given he has little to no power about how the Netflix footage is used.

“Even if I am not happy with it, I cannot change it so I better get used to it,” he added.

“I’m dealing with it like this. It’s like I’m okay doing it, as I said before, it’s not in my career plan to do this but it happened, so okay, that’s what it is – so deal with it.

“I respect what it does for us and therefore I don’t want to change it. So I’m okay with it.”