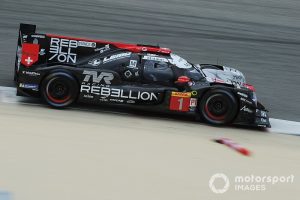 The Rebellion Racing LMP1 team has confirmed that the Le Mans 24 Hours was its final outing in the FIA World Endurance Championship, and that it will not take part in the Bahrain season finale.

Rebellion CEO Calim Bouhadra revealed to Motorsport.com in the run-up to Le Mans that his team’s participation in the eight-hour Bahrain race on November 14 depended on it still having a shot at beating Toyota to the WEC title.

Following second place in the double-points French classic for Gustavo Menezes, Norman Nato and Bruno Senna, the trio are 30 points behind Toyota’s #8 crew with only 39 on offer (including a bonus point for pole) in the final event of the 2019/20 campaign.

Given Rebellion’s #1 R-13 would have been the only non-hybrid LMP1 on the grid for the race, clawing back such a deficit would have relied on both Toyotas not finishing.

Bouhadra confirmed to Motorsport.com on Tuesday that a final decision has been taken by the Swiss outfit to abandon the Bahrain race, effectively drawing a close on the team’s involvement in the WEC.

It means the final race of the WEC’s LMP1 era is set to feature just two cars in the top class.

ByKolles’s 2020 programme with its ENSO CLM P1/01 comprised just the Spa race in August and Le Mans, while Ginetta has also ruled out attending the Bahrain race, having made its most recent appearance in the WEC at the Middle Eastern venue in 2019.

Rebellion’s withdrawal from Bahrain means the two Toyota crews will battle it out for WEC season honours knowing they can’t finish lower than second.

Victory at Le Mans for Sebastien Buemi, Brendon Hartley and Kazuki Nakajima in the #8 Toyota vaulted them to the top of the WEC standings on 175 points.

Mike Conway, Kamui Kobayashi and Jose Maria Lopez were leading prior to last weekend, having won three of the preceding six WEC races, but now trail by seven points following their troubled run to third place at La Sarthe.

With 38 points on offer for victory and only 27 for second place, it means whichever Toyota crew comes out on top in Bahrain will also win the title, no matter which car scores pole.

If there are no privateer opponents in Bahrain to benefit, it raises the question of whether the WEC’s rulemakers would consider allowing the Toyotas to run free of success handicaps in the interest of allowing the two car crews an even shot at the title.

If the rules used in previous races (except Le Mans) were in place, the #7 crew of Conway, Kobayashi and Lopez would enjoy an advantage of 0.47 seconds a lap. 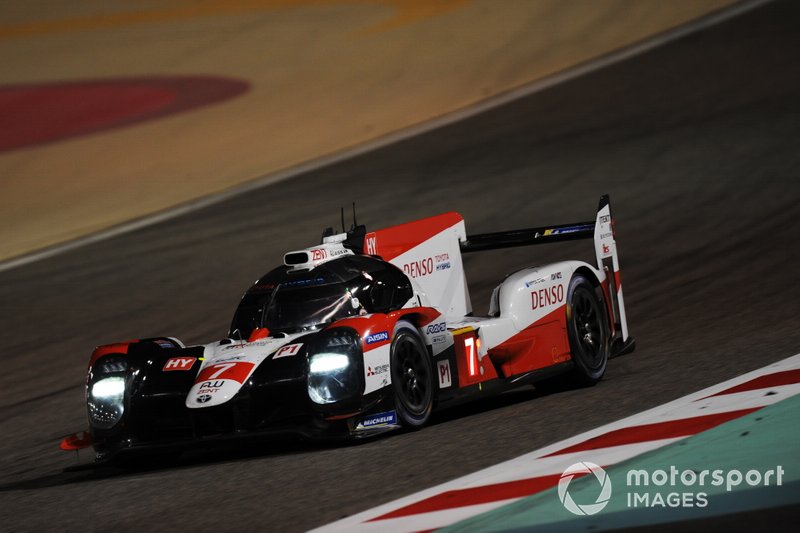