Volkswagen CEO says Porsche and Audi will join F1 in 2026 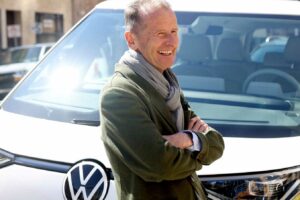 The CEO of Volkswagen has said that the company’s Porsche and Audi brands will begin competing in Formula 1 when new regulations are introduced in 2026.

Formula 1 is introducing revised engine regulations from 2026 and has been eager to entice new manufacturers, most notably VW, to join its existing pool. Mercedes, Ferrari, Renault and Red Bull Powertrains currently supply the 10 teams on the grid.

While the framework of the 2026 regulations have been in place for some time. the finer details are still being sorted. VW officials have previously indicated that the company was waiting for that moment.

Speaking during a question and answer session on YouTube video on Monday, Volkswagen CEO Herbert Diess confirmed for the first time that the company’s two premium brands will enter Formula 1 from 2026. Diess pointed to Formula 1’s growth in key markets such as the U.S. and China, the greater interest among younger fans, and the opportunity afforded by the 2026 engine regulations.

It has not yet been outlined how the two brands will interlink with existing outfits in Formula 1.

Neither VW, nor Porsche or Audi, have issued a public statement.

Porsche has been heavily linked to a collaboration with Red Bull Powertrains, which was formed for 2022 in order for Red Bull’s two teams—Red Bull Racing and AlphaTauri—to continue using Honda’s power units following the Japanese marque’s official exit.

Porsche had its most successful spell in Formula 1 in the mid-1980s as an engine partner to McLaren, when its units were entered under the TAG badge. It was last present in 1991, when it had a dire partnership with the Footwork-branded Arrows team, which lasted only a handful of races.

Audi’s plans remain vague with the manufacturer having been linked to several teams in recent months.