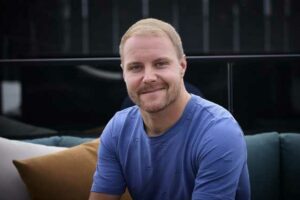 Valtteri Bottas is banking on the new Formula 1 regulations in 2022 to give him a “completely different” Alfa Romeo car to work with.

The Finn is about to close the Mercedes chapter in his Formula 1 book, with his five-season stay coming to a conclusion at the end of the year.

While he has been replaced by George Russell, Bottas will instead head to Alfa Romeo and play a ‘team leader’ role to help cover for the imminent loss of Kimi Raikkonen, who has made the decision to retire once the chequered flag falls at the season finale in Abu Dhabi.

The move for Bottas is quite a considerable jump down the pecking order considering the strength of the Mercedes W12 and the clear weakness of the Alfa Romeo C41.

But, he is hoping that when the reset button is pressed in Formula 1 next season, Alfa Romeo’s new car will give him a chance to fight higher up the grid given almost all of Alfa’s resources have gone into their 2022 challenger.

Today I was one of the judges for the @AeropressComp Finnish Championships at Kahiwa Coffee Roasters in Finland.

“I know that this year’s car has hardly been developed, so there was no progress for them in the World Championship,” Bottas said.

However, before Bottas heads for pastures new, he still has a job to do for Mercedes in their fights for both the Drivers’ title and the Constructors’ Championship.

Asked what his remaining goals are with the Silver Arrows, he said: “I want to win again and I want to help bring home the fifth constructors’ title for the team.

“And if I can’t win the championship then I want it to be Lewis. But I still have strong motivation and want individual results.”