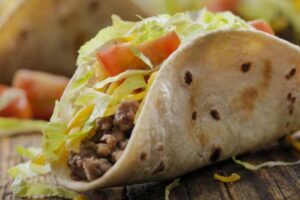 Some Formula 1 drivers come to a race weekend hungry for a victory.

Others, like AlphaTauri’s Yuki Tsunoda, come just plain hungry. And don’t bother getting into a taco-eating contest with Mercedes’ Valtteri Bottas.

During press obligations on Thursday ahead of Sunday’s F1 Mexican Grand Prix, Tsunoda, 21, was asked about his first impressions of this week’s F1 stop in Mexico City. It is the rookie’s first trip to Mexico, and the first thing that came to mind was the cuisine.

“I like the food, the tacos I ate last night,” Tsunoda said. “Mainly I always search first before I come to another country for the food to make sure to eat good food as much as possible. And I’ve already had some tacos, so I’m happy.”

Four-time F1 champion Sebastian Vettel of Aston Martin then chimed in, “What a shame they’re not racing in Germany any more.”

As for the taco king of the F1 Mexican Grand Prix paddock, that goes to Bottas. When asked how many tacos he could eat, Bottas floored Red Bull’s Max Verstappen.

“I had some tacos here,” Bottas said. “They’re a bit smaller than what you get in Europe. I think if I had them for breakfast, lunch and dinner—only tacos— I would say I can 30. That’s estimating.”

Verstappen, who said he had four the night before—and said he thought that was a lot—did a double take at Bottas’ proclamation.

“Oh man, if I would eat that many, you could roll me through the room.”