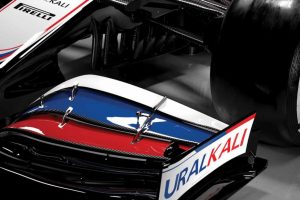 The newly branded Uralkali Haas F1 Team and its new driver tandem of rookies Mick Schumacher and Nikita Mazepin are off for Bahrain this week and a three-day test of its new VF-21 challenger for the 2021 season.

The three-day test begins on Friday with Schumacher taking on the morning session and Mazepin going out in the afternoon.

Haas late last week unveiled images of its new livery for 2021 featuring the team’s new title sponsor, Uralkali. On Friday morning, ahead of the test, the team will take the cover off its cars. According to the Haas F1 Team, Uralkali is one of the world’s largest potash fertilizer produces. Uralkali is part owned by Dmitry Mazepin, father of Haas driver Nikita.

The sponsorship deal is a multi-year agreement.

The test itself will take place on the 3.363-mile, 15-turn circuit that will play host to the season-opening F1 Bahrain Grand Prix on March 28.

“I’m very pleased to welcome Uralkali to Formula 1 as title partner to Haas F1 Team,” said Gene Haas, chairman of Uralkali Haas F1 Team. “We look forward to representing their brand throughout the season. It’s an exciting time for the team with Uralkali coming onboard and having Nikita Mazepin and Mick Schumacher driving for us.

“It’s definitely a case of all change but I’m hoping that we get back to being in the mix for scoring some points at these races. It’s been a tough couple of seasons, but we’ve also got our eye on the bigger picture, in particular 2022 and the implementation of the new regulations.” 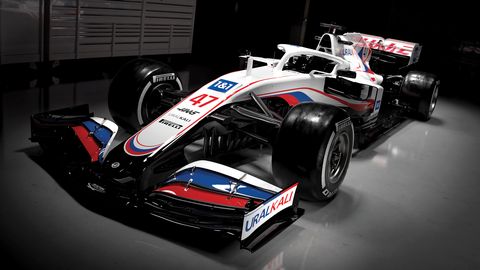 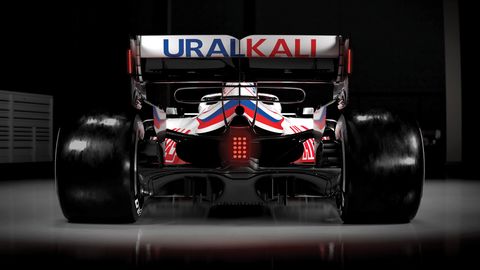