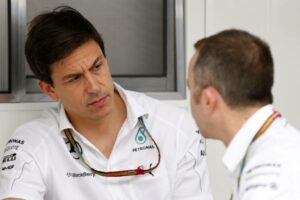 Toto Wolff has shot down Paddy Lowe’s suggestion that Mercedes were sandbagging in 2014 to avoid knee-jerk engine regulation changes.

Lowe was executive director of Mercedes at the start of the turbo hybrid era in 2014, staying with the team for that season and two more – in all of which they won both the Drivers’ and Constructors’ World Championships, as they also have in the four since.

The 59-year-old claimed in a recent podcast that Mercedes nailed the new engine so emphatically that through most of 2014, it was “never on full power for qualifying” because the team did not want to be so far ahead of their rivals as to potentially spark rule changes that disadvantaged them.

The claim from Lowe was that team principal Wolff himself would guide on “how much to turn the engine up for Q3”, saying: “I’d be getting it in the ear from Toto, ‘that’s too much’.

“And I’m thinking ‘yeah, but if we don’t get pole we’ll look like a right bunch of mugs’.”

But Wolff has questioned that version of events, which Lowe said had occurred long before the engine ‘party modes’ for qualifying were outlawed during the 2020 campaign. 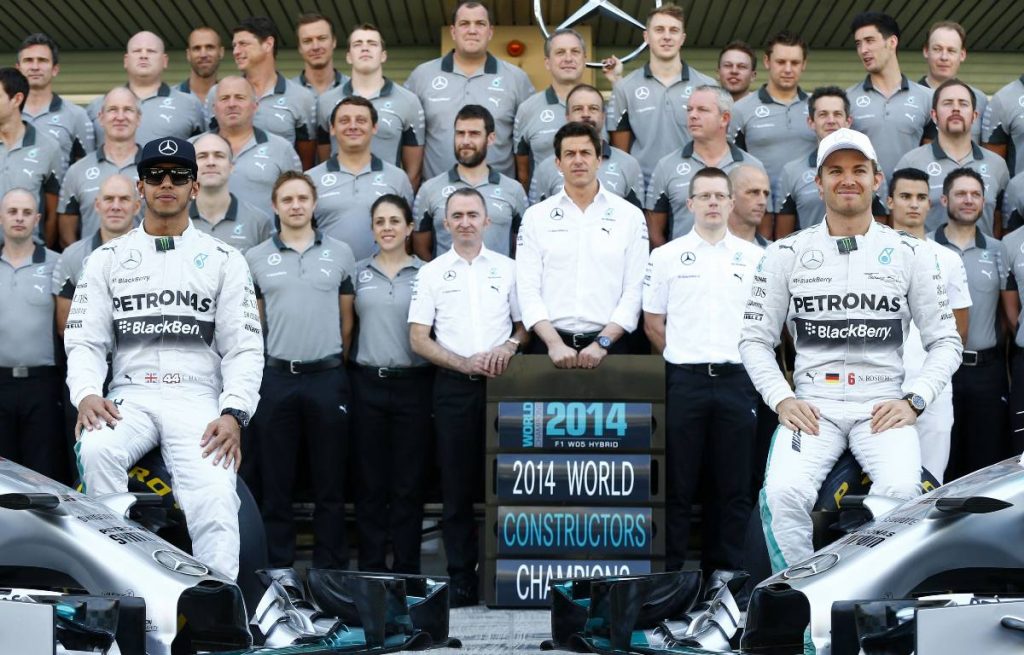 “I think Paddy must have been in a different place than I was,” Wolff told reporters during the Portuguese Grand Prix weekend.

“There is no such situation that you turn back an engine just to have regulations tweaked in your direction.

“We were very competitive in 2014 and I think everyone could see that. It was the start of a regulatory environment that wouldn’t have been changed anyway. So, yeah, maybe Paddy had that impression.”

It was a season in which Mercedes missed out on pole position only once in 19 races, when Felipe Massa and Valtteri Bottas locked out the front row for Williams at the Austrian Grand Prix.

However, that duo finished fourth and third respectively in the race as Nico Rosberg led home Lewis Hamilton for a Mercedes 1-2, the German constructor winning 16 times with their only defeats being a trio of victories by Red Bull’s Daniel Ricciardo.

“By the way, it was a good car as well,” Lowe added. “It wasn’t just the engine, we had terrific aerodynamics as well, better than anyone actually, which we used to track because we would engine-correct all of our data.”