Home » Racing » Tony Kanaan: A fighter and a people’s champion

Tony Kanaan: A fighter and a people’s champion 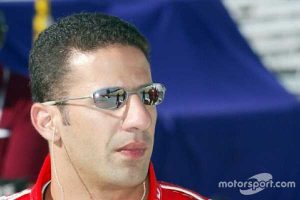 Tony Kanaan is an IndyCar champion and Indy 500 winner – but there’s more to his legacy than that, writes David Malsher-Lopez, after speaking to some of TK’s key rivals, teammates and friends.

“I tell you, it’s been a crazy-busy last couple of days,” chuckles Kanaan on the Tuesday after his ‘final’ IndyCar race at Gateway’s World Wide Technology Raceway. “All of a sudden people want to talk to me, just as I said I was gonna slow down. There will be opportunities, I know, but what they’ll be, I don’t know.

“Truthfully, when I made my announcement in February, I expected this year to be all the ovals, and then next year probably just the Indy 500. But because of how strange this year has been, without fans at most tracks, I want to do all the ovals again next year. And if the right opportunity comes up then for sure, that’s what I will try to do. But as I said about a thousand times over the weekend in Gateway, it doesn’t matter what I want. What I want is not going to control what happens.