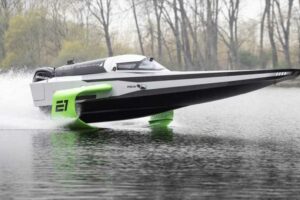 Last year I got a chance to talk to the people behind the wild hydrofoil racing series, E1. Back then, the Racebird was a render rather than a real craft, but now, the electric powerboat has been out on the water for its first test and is doing even better than its designers could’ve imagined.

The E1 Series is a battery-electric racing series with a twist. Where Formula E has taken to the streets and Extreme E has gone off-roading, E1 will hit the water. Long viewed as a poor thing to mix with batteries, E1’s aim is to prove the point that electric racing on rivers and seas can be just as competitive as it is on dry land.

The Racebird, which will be the craft used by all the competitors in the series, is a wild-looking hydrofoil powered by a 35-kilowatt-hour battery made by Kreisel and a motor that puts out up to 150kW (roughly 200 horsepower), made by marine specialists Mercury. It’s been out for its very first test run now, looking pretty maneuverable on the River Po in northern Italy, in the very capable hands of ex-powerboat racing world champion Luca Ferrari.

“So far, the RaceBird has exceeded expectations, especially with the performance, agility and cornering capabilities,” said Rodi Basso, the co-founder (along with Alejandro Agag of Formula E and Extreme E) and CEO of E1 Series. “The current performance levels are exactly where we wanted them to be, helping to promote exciting foil-to-foil racing close to the shoreline.

“In the coming weeks, we’ll continue to run further tests and gather the necessary data,” continued Basso. “I’m really looking forward to showing it in public for the first time, which we’ll be announcing more on shortly. This test marks the first page of a new chapter in the electrification of the marine industry, focusing on accelerating future technologies for the benefit of our waters.” 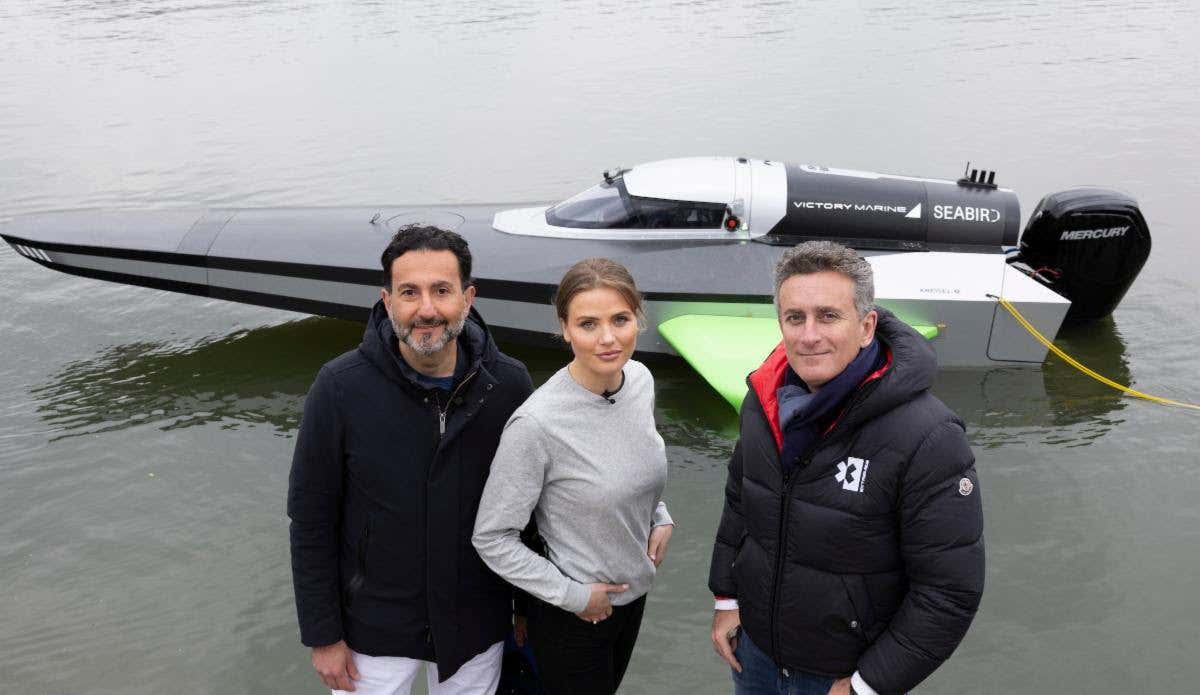 E1 Series plans to go racing off the coast of multiple venues, including in Monaco, so spectators can watch pilots navigate complex, circuit-style courses from shoreside vantage points. And because Agag is involved, team up with Formula E events when they’re geographically convenient.

Got a story tip? Mail it in to [email protected]