The Red Bull upgrades revealed at its filming day 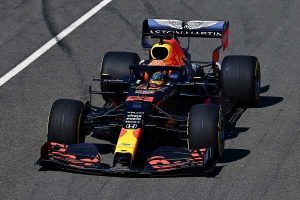 Red Bull wanted to do more than just get reacquainted with the RB16 during its filming day at Silverstone on Thursday, as it also used its allotted 100km to test out some new parts ahead of the season opener in Austria next week.

Unlike Mercedes and Ferrari, which opted for the capability to run for longer with an older car in its pre-Austria running, Red Bull felt it better to use its limited time at Silverstone to evaluate protocols and give a first run out to some updated new bits. 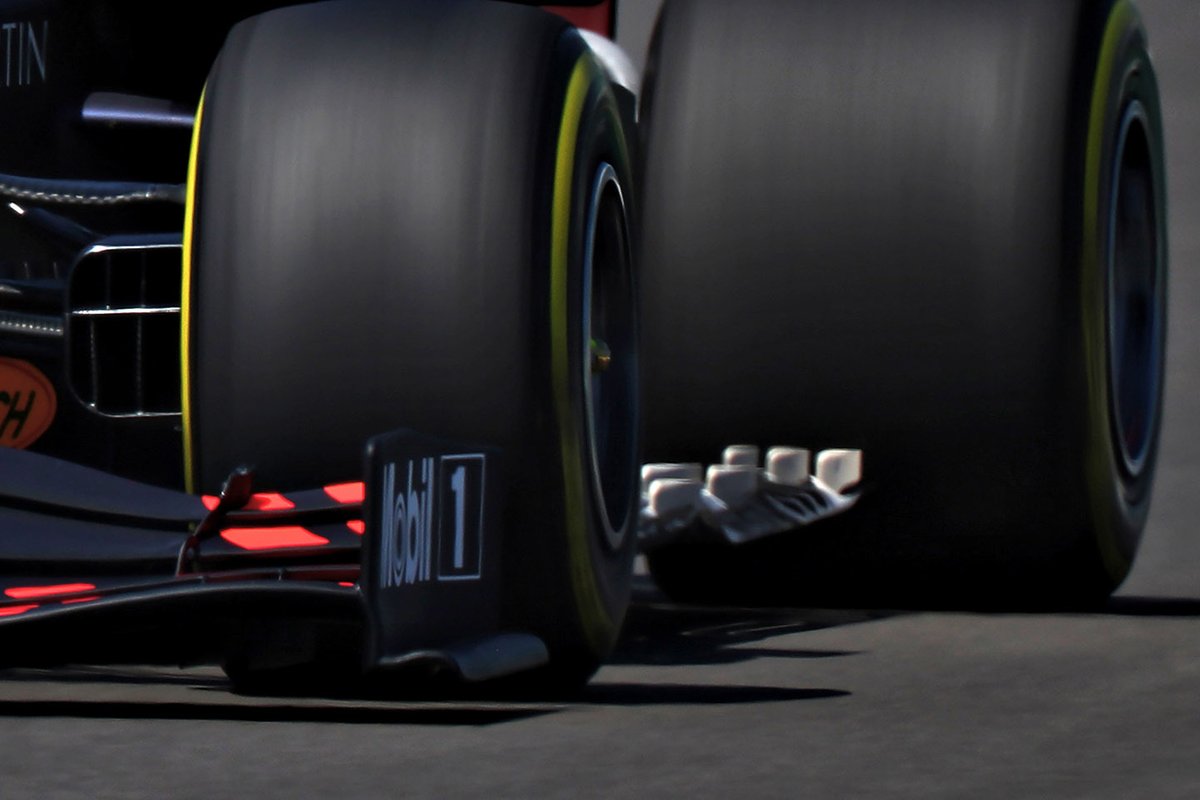 The most obvious aspect of the update package tested was the new rapid prototyped hedgehog-style fins mounted on top of the fully enclosed holes that run parallel to the floor’s edge.

It’s not a totally new solution as we’ve seen other teams do similar in the past, as can seen in the Ferrari SF71H illustration below. 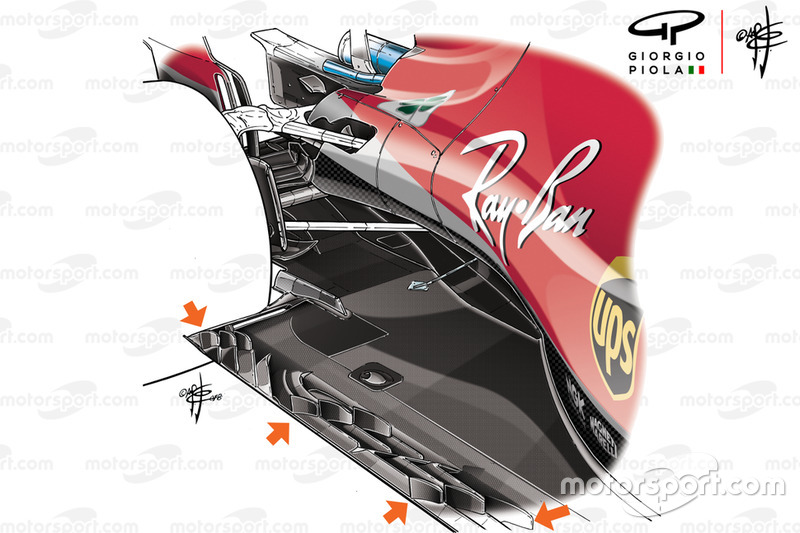 However, it would appear that Red Bull is now looking to exploit the advantage it brings of working the corresponding floor holes harder and consequently altering the airflow that hits the rear tyre.

It would appear that the team has also been working on the shape, number and position of the fins mounted towards the front of the bargeboards’ footplate (circled, below), which will ultimately change the behaviour of the airflow passing by. 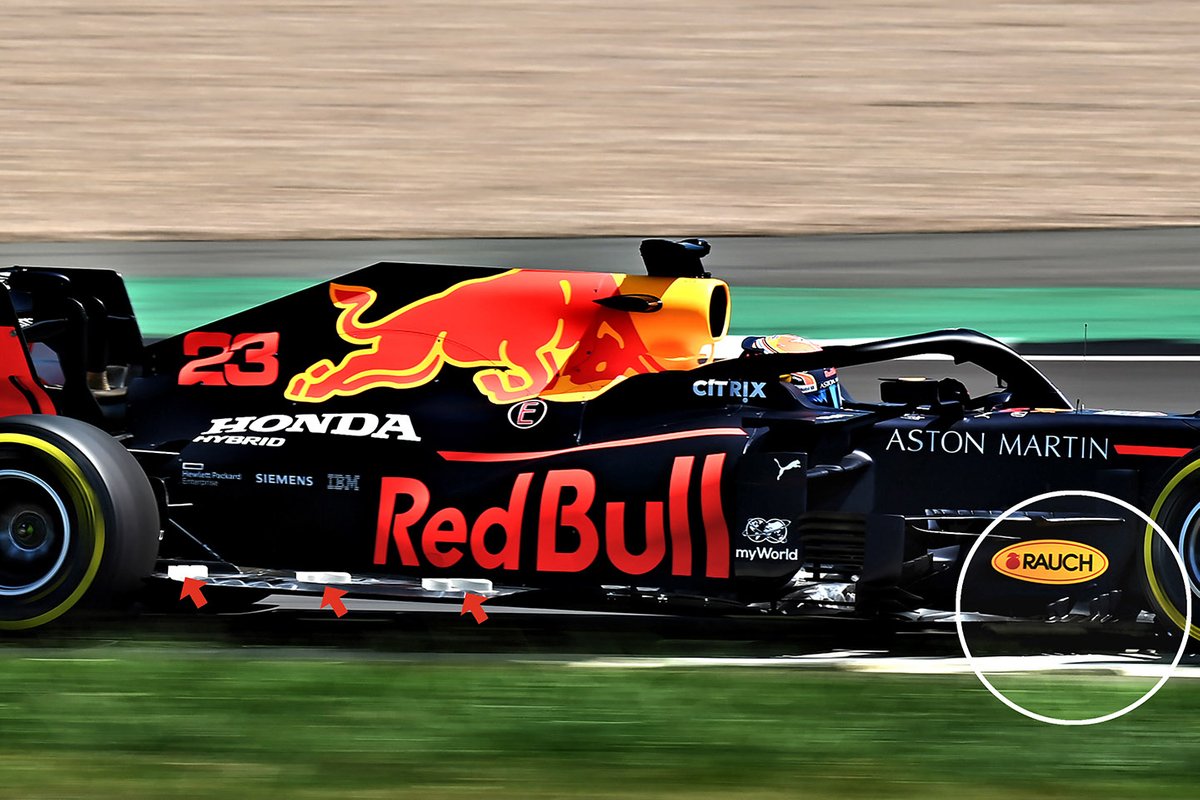 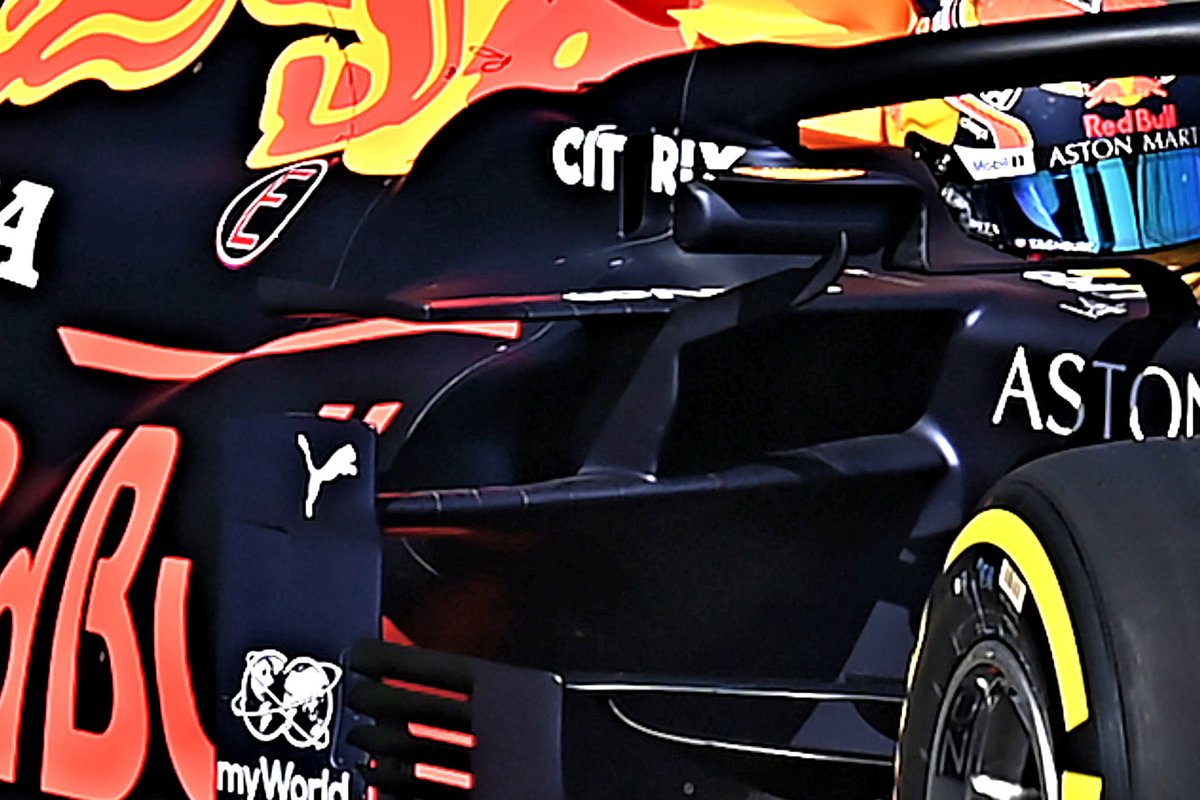 Furthermore, it appears that a cluster of legality slots have been added to the leading edge of the upper sidepod wing, and the mid-wing that houses the side impact spar.

This indicates that there may also be many more corresponding changes on the floor below. However, whether these are just slots or an adjustment to the airflow aligning strakes that reside on the face of the upturned leading edge of the floor, remains to be seen. 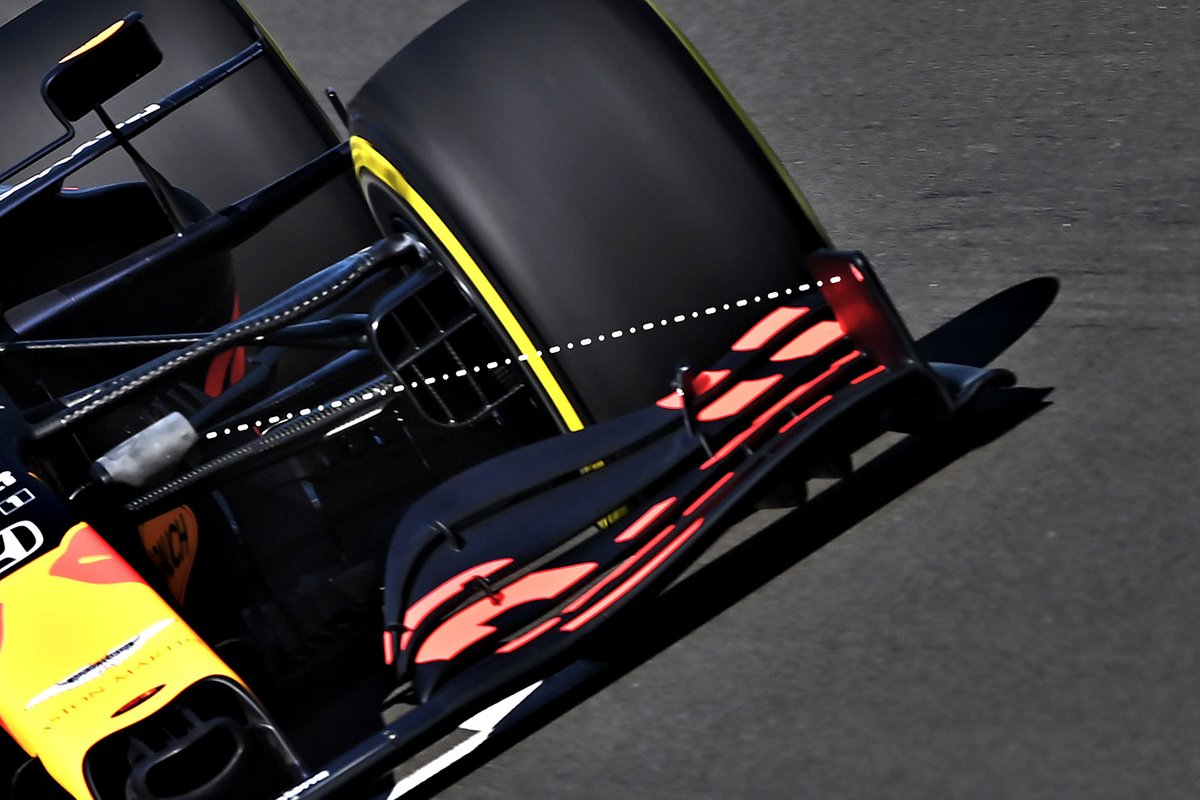 The team was also monitoring the flex and rotation of the front wing during its running, as a hi-speed camera looked across at the reference point on the front wing.

This is an important parameter for teams to understand, as they continue to nudge up to what can be achieved under load out on circuit whilst being able to fully comply with the static tests conducted by the FIA in the pitlane.

It’s unclear how much of its planned Austria upgrade package was revealed at Silverstone, but Red Bull is clearly heading in to the campaign as aggressive as main rival Mercedes which has also boasted of bringing a lot of new parts. 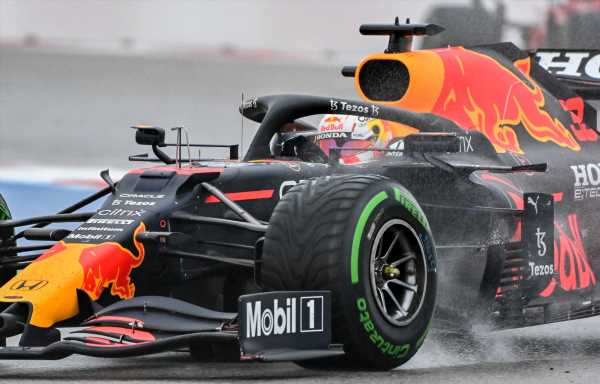 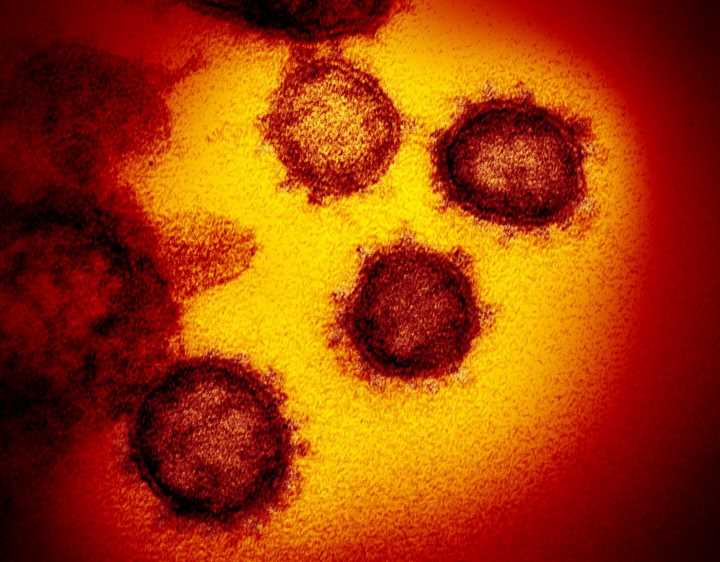