The Hamilton Commission’s Findings of Racism in F1 Are Damning 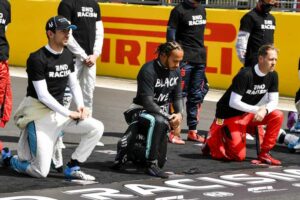 Last year, Formula One champion Lewis Hamilton opened the Hamilton Commission. As a far-reaching survey in cooperation with the Royal College of Engineering, it was tasked to look at the United Kingdom’s racing industry, schools and colleges and F1 in particular to answer the question: why is there so little Black representation in motorsport?

The commission presented its findings today after 10 months of research including interviews, surveys, and literature reviews. Much of the report looks at the U.K. education system and motorsport grassroots programs to try and analyze why more Black students don’t get onto pathways that could lead them to racing careers. Additionally, it presents findings of what the motorsport industry can do to improve representation. But the report leads with a section on F1 which is very clear: the sport has a structural and cultural racism problem running deep. And it’s a problem as the sport and its teams purport to look for the best possible talent everywhere it can. 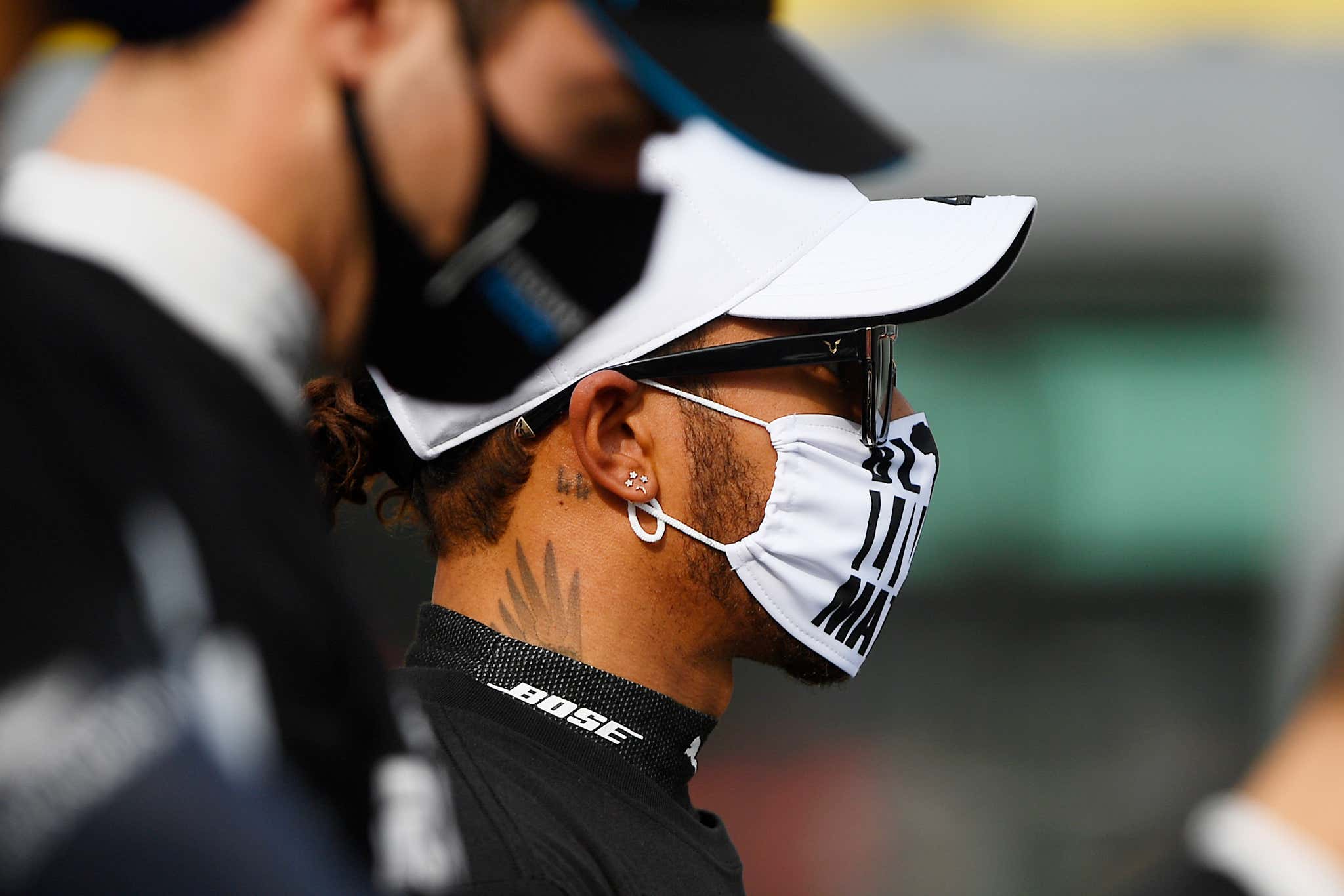 The report is 93 pages long, with 17 pages dedicated to F1 and the U.K.’s motorsport sector. Most F1 teams are based or at least have some factory staff in the U.K. (the only exception being Ferrari) so it’s holistic to look at the national motorsport environment in the context of opportunities in F1, although teams are staffed internationally.

Lewis Hamilton is F1’s only black driver. He hasn’t always found the words to articulate his experiences, in the overwhelmingly white world of motorsport. In an open and honest interview with Gary Younge in The Guardian, he said “It often felt that maybe I didn’t speak about [race] in the right way, or wasn’t great at explaining it, or maybe educated enough to talk about it.” Hamilton took his own expression to the track, he says but the events of 2020 made him want to do more—to challenge the structures in a sport he’s come to be the greatest driver of all time in. He set up the Hamilton Commission to write a report on exactly why he is such an outlier in the sport, and where Black students, candidates and engineers were being failed.

Looking at F1, the report raises a lack of strong HR presence in some teams and support organizations. Teams struggled to report their demographic statistics when asked. An HR head from an F1 team is quoted as saying, “We do not care about ethnicity—if the guy is a genius and he can make the car go faster, we will hire him.” But without creating pathways to find talent from underrepresented backgrounds, teams risk missing out on someone who could be the next Lewis Hamilton in their field.

(And if you start off looking for “a guy” then you’re already narrowing the field, to only half the global population.)

To make matters worse, F1 staff is typically recruited from very small pools—at a handful of U.K. universities, in particular—despite other potential pathways like apprenticeships, which the report encourages teams to provide more of. Even with all the ways Black people can fail to get through the door of F1, the problems are still pretty stark for those that make it. They’re heavily embedded in team culture, with “banter” coming up, again and again, featuring racist remarks (including slurs) passed off as joking.

A 26-year-old engineer surveyed reports, “I have colleagues who are a bit old school and would still use terms like ‘colored’ lads—but wouldn’t mean anything malicious by it. I just don’t think people realize… One of my colleagues told me that before I started on the F1 team, the chief mechanic gathered the team together and felt the need to warn them that some of their jokes may no longer be appropriate—which made me think, how bad were they?”

All the F1 personnel in the report are anonymized with alternative names. “Chris,” quoted above, says that banter was important for team building but often involved language that excluded people. It’s not banter if it makes your teammates feel like crap.

Another interviewee, a 32-year-old called Quaashie in the report, added this: “Things got off to a bad start. We were trackside and jokes would be made about Black people; jokes about afro combs and fried chicken, to jokes about crime rates or poverty in Africa, which were inappropriate. I felt powerless. I was the only Black person trackside in my team.”

All the engineers quoted are younger than Lewis Hamilton, who turned 36 this year. So this is not a problem from the past, it’s something currently ongoing. 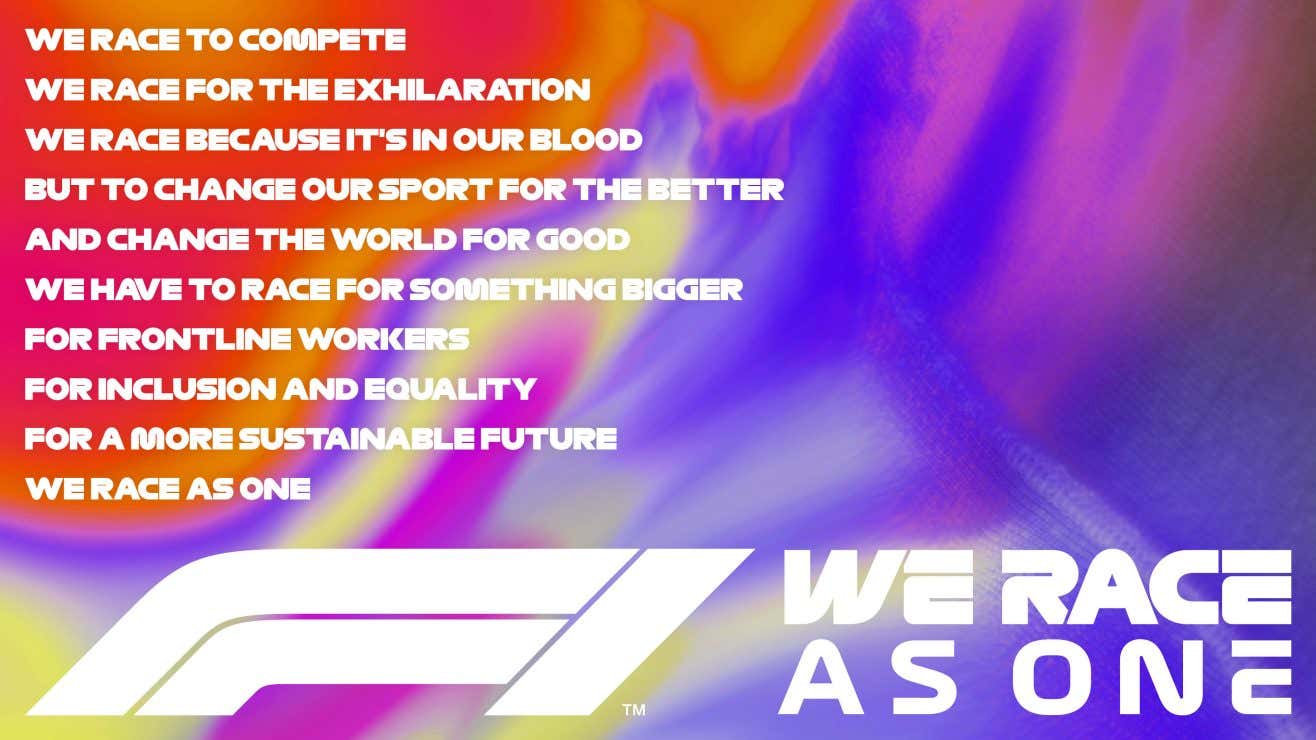 “In the early days I would get called ‘Whoopi’ or they would laughingly warn others ‘Stand by your car, she might pinch your wheels,'” she said. “Sometimes, people would speak in what they thought was ‘gangster’ or a Jamaican accent when talking to me.”

What she reports is, sadly, the same as the younger engineers, suggesting very little has culturally changed in the “banter” since the ’80s. For example, (and now apologized for by its author) Autosport published a racist article in 2012 that imagined Hamilton’s move to Mercedes, styling him as talking in a badly-attempted stereotypical “gangster” style that Hamilton doesn’t use and never has. When diversity in F1 has been brought up, it’s often been dismissed as not necessary; critics of such initiatives say the sport simply has the best people getting the best jobs. But it takes a suspension of disbelief that almost all the “best people” would be almost exclusively White, western Europeans. When racism gets brought up, it’s dismissed further—too many white writers said they had never seen it in the paddock when Hamilton started talking about the issue.

The Hamilton Commission’s report documents and lays clear the extent of racism in F1 and the lack of effort previously used to address it. Its findings show a clear pathway to address that: improve recruitment practices, make clear commitments to diversity at a leadership level and with explicit inclusion policies, help increase opportunities from schooling and grassroots motorsport through to the very highest levels.

If F1 wants to genuinely say it has the best people, it has to look for them everywhere.