Home » Racing » Teams have fed back to Netflix over perceived dramatisation

Teams have fed back to Netflix over perceived dramatisation 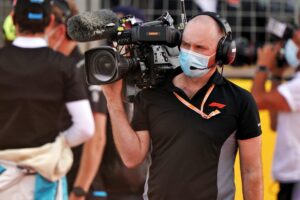 As criticism of Netflix’s Drive to Survive grows, McLaren CEO Zak Brown says the drivers must understand that it helps pay their salaries.

But he conceded Formula 1 needs to “tighten up” the over-dramatisation.

Several drivers have voiced their displeasure at the docuseries and how it takes snippets and creates the story line that best serves it.

Max Verstappen has been very vocal in his criticism, the Red Bull driver refusing to participate in the filming of the fourth series, the one in which he beat Lewis Hamilton to the World title.

Brown, though, says the drivers – and everyone else in Formula 1 – needs to look at the bigger picture.

“I think Netflix has been outstanding for Formula 1,” the McLaren CEO said. “I’m happy we’ve renewed another couple of years.

Max Verstappen: Netflix made Norris look like a d**k

"I know Lando… He’s a funny guy, a great guy, he has a great character and when you look at that episode you think ‘who is this guy, what’s going on?"https://t.co/SnkBTXRlus #F1 pic.twitter.com/4LIxHCq0cd

“And I think sometimes there’s a disconnect by various people in the sport and I’m not just saying drivers, that don’t kind of piece together and when they say I don’t want to race here, I don’t want to do this or I don’t want to be on that that the ecosystem ultimately all feeds down to all of us making a living out of this great, great sport.

“So I think we need to stay fan focused, recognise what Netflix has done for our sport.”

But, he added: “I think we can maybe tighten up some of the way they show the show the content that is made for television, so it’s to be expected it’s going to have some dramatisation to it as long as they keep the theme accurate and I think we’ve given them that feedback.”

Alpine’s Laurent Rossi quite simply summed up the concerns that several drivers have raised.

“Obviously, we need to be careful with the editing licence that one can take when given pictures, footage and recordings,” he said, adding “so far, so good. But I think this is indeed good for the sport.”

As for Toto Wolff, the Mercedes motorsport boss agrees with his both his counterpart’s arguments.

“I think at the core is the DNA of the sport,” said the Austrian. “We are credible and around that we’ve built an ecosystem and the interesting part is that with that fix coming in it put an emphasis on the personalities that maybe weren’t so much in the spotlight before.

“Obviously Lewis and the top guys out there, but people got interested in the people that participate in the sport, and this is how you can relate to them.

“And I think the stories in the first few episodes around the drivers, they weren’t as known, got many people hooked and, interestingly, that got them watching the grand prix well because they could relate to the personality, they knew who Esteban Ocon was and how his background was.

“So I think, how is reality TV working? That’s our own little reality show around the core DNA of the sport. And that’s motor racing, and that shouldn’t be diluted.”