Super GT news: Sacha Fenestraz says ‘we messed ourselves up’ 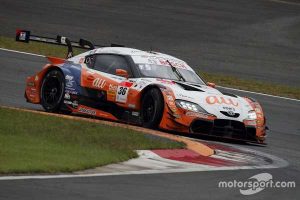 Sacha Fenestraz admits the #36 TOM’S Toyota crew “messed ourselves up” in last weekend’s Fuji SUPER GT race as he and Yuhi Sekiguchi lost ground in the championship.

Following their run of three podium finishes to start the 2020 season, GT500 rookie Fenestraz and Sekiguchi had arrived at Fuji second overall and one point off the lead, but the pair finished outside the points in 12th place on Sunday.

It was their second consecutive non-score after a collision between Sekiguchi and the sister TOM’S car of Nick Cassidy at Motegi left the #36 car out of the points at Motegi.

Fenestraz said he was satisfied with his stint, in which he climbed from 10th on the grid to seventh before handing over Sekiguchi, but admitted he had never had the pace to compete with the other cars carrying the stage two fuel flow restrictor.

Matters weren’t helped by Sekiguchi picking up a flatspot early in his stint, which preceded a slip down the order that left the #36 car outside the top 10 even before the puncture.

“The handicap doesn’t help, but the other guys in the situation similar to us did better than us, so we didn’t do a good job today,” Fenestraz told Motorsport.com.

“At the start, I got baulked, I had to brake to avoid the Red Bull car [Mugen Honda] which had spun [after being hit by the #3 Nissan]. Three cars overtook me, which was a shame.

“I was P7 when I pitted and we had a good pitstop, but unfortunately Yuhi had a big lock-up on the out lap, or maybe on the first push lap. He had a massive flatspot and he said there was a big vibration and the car wasn’t feeling right.

“From that point we were just going backwards and the tyre blew up on the last lap, which was expected because of the flatspot. But the pace was only enough to finish P7 or P8.” 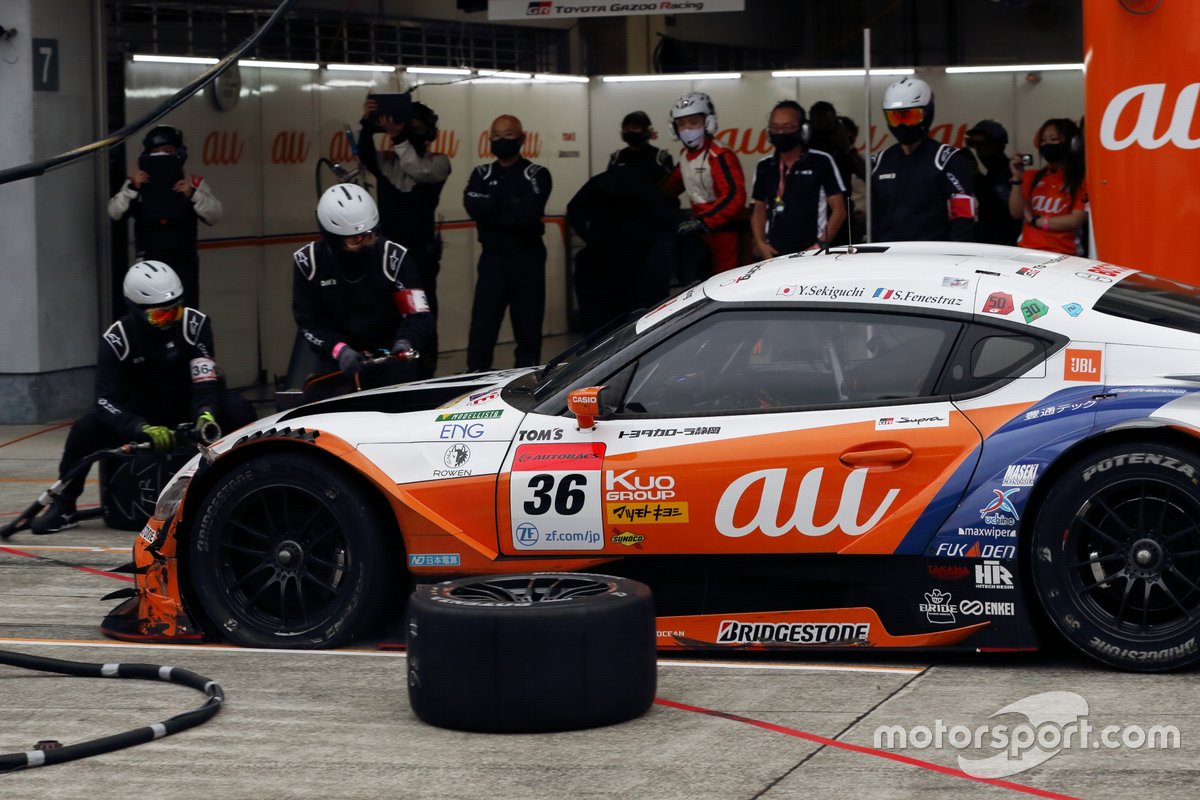 The other three cars running the stage two restrictor – the #37 TOM’S car, the #14 Cerumo Toyota and the Kunimitsu Honda – all finished inside the top five, with Cerumo pair Kazuya Oshima and Sho Tsuboi taking the lead of the championship after finishing second.

Asked to explain the gap to the sister #37 car, Fenestraz replied: “We messed ourselves up changing the car a lot from [Saturday], trying to improve it. We made it worse.

“We struggled a lot with oversteer, which creates a lot of tyre deg. That was difficult for us. I was sliding all over the place. [On Saturday] the car was not perfect but it was alright, but we gave ourselves a harder job.

“It’s a shame to see the championship going off a bit, but it’s not finished, still three rounds. Let’s see what we can do. We need to come back stronger at Suzuka.”

Cassidy and Ryo Hirakawa meanwhile finished fourth at Fuji, putting them just one point behind Oshima and Tsuboi with three rounds remaining.

The result came despite engine issues that had plagued the #37 crew since Saturday, and which in Hirakawa’s opinion blunted a possible victory bid.

“It was a bit of a tough race,” said Hirakawa, who had run as high as second in his stint before slipping behind the #14 Toyota and the ARTA Honda. “Fourth place is a good result, but we had some engine problems and we had to race while saving it.

“It’s frustrating because the car felt good enough to aim for the top in an ideal situation. But this is racing sometimes.” 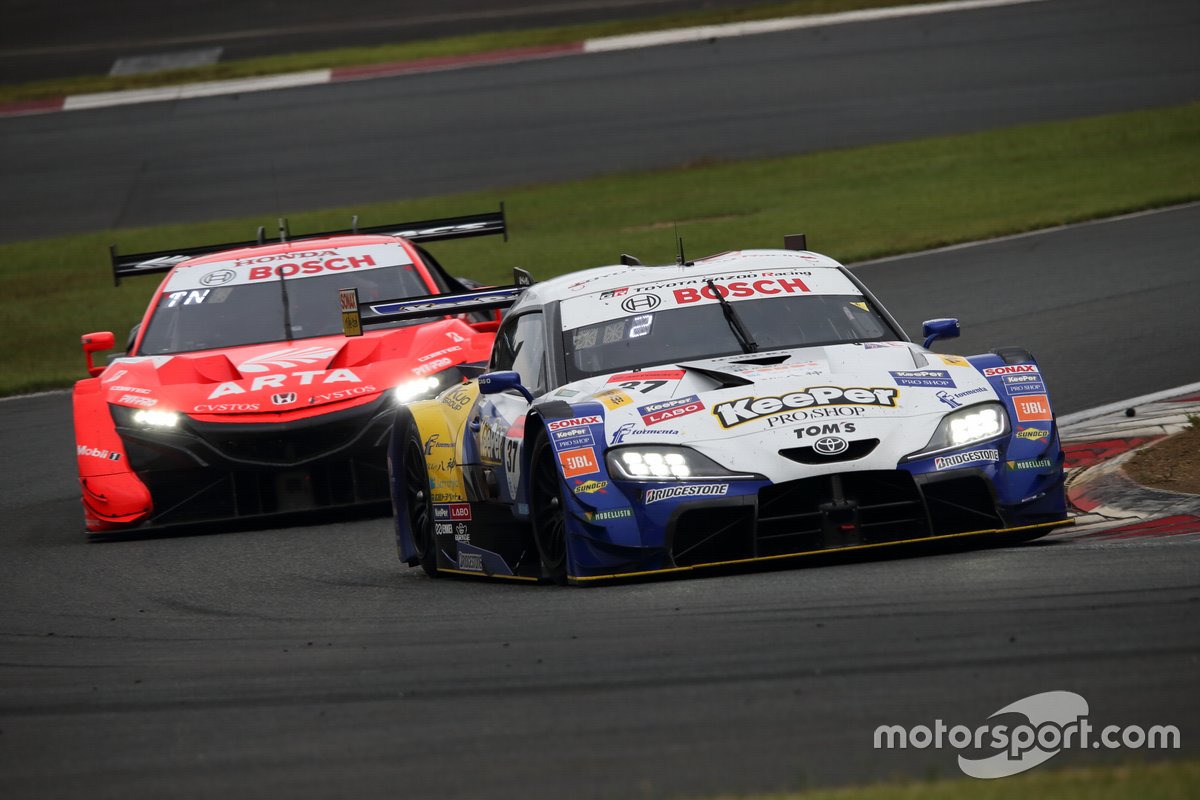 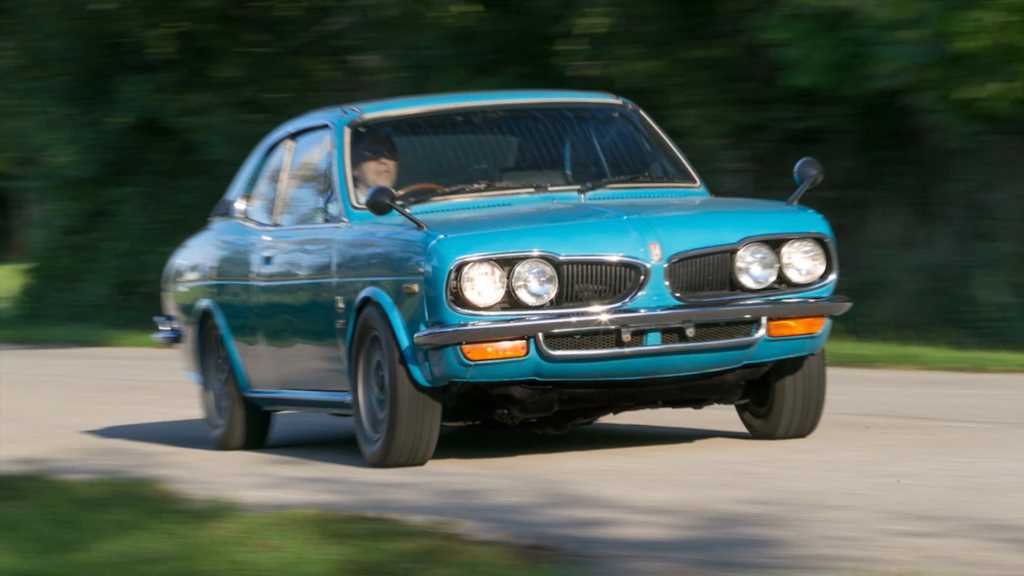