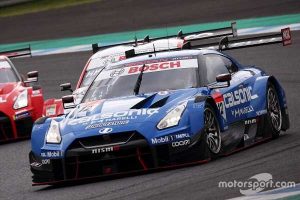 Nissan driver Kazuki Hiramine says he can’t explain the Impul team’s failure to score points in last weekend’s Motegi SUPER GT round, having run as high as fourth prior to the pitstops.

From a lowly 12th on the grid, GT500 rookie Hiramine drove a charging first stint in the #12 Nissan GT-R, gaining eight places inside the first 20 laps to sit in fourth position by the time he handed over the car to teammate Daiki Sasaki on lap 27 of 63.

But despite a strong start to his stint, Sasaki slipped behind the #14 Cerumo Toyota of Sho Tsuboi on lap 38, and then proceeded to fall all the way to ninth on the following lap.

By the time of the chequered flag, the Calsonic-sponsored Nissan had fallen to 12th, marking the Impul squad’s fourth race in a row with no points.

Hiramine said he couldn’t understand why Sasaki couldn’t maintain his position, saying the #12 car – alone in the GT500 field in carrying no success ballast at Motegi – felt “perfect”.

“Not much to say about the result,” he told Motorsport.com. “Just a shit result as you can see. Our target is to score as many points as possible, but we couldn’t make it.

“Very disappointed. In my stint the car was good, the tyres were working well, warming up well,  I was happy with the car. I’m just so disappointed with the result, out of the points again.

“I finished fourth in my stint, so we could have been P4, or even finished on the podium. I talked to Daiki, he told me, ‘Sorry… but this is the race.’ I don’t know what happened to him.”

Asked if his gut feeling was that the car had no problems through the race, Hiramine replied: “Yeah, it was perfect. We had no weight, the car was good.”

Hiramine and Sasaki are the only GT500 crew to have failed to score any points in the opening half of the season, although they did finish sixth on the road in the second Fuji race before losing their points to a post-race penalty picked up by Sasaki.

It means they go into next month’s fifth round at Fuji again with no success ballast. Conversely, the Suzuka-winning NISMO GT-R of Ronnie Quintarelli and Tsugio Matsuda will be carrying a 50kg handicap, while the NDDP/B-Max car of Katsumasa Chiyo and Kohei Hirate, Nissan’s top finishers at Motegi, will have 32kg.

“For sure we didn’t expect like this,” said Hiramine. “I’m not happy with the results, also the team [isn’t happy] for sure and [team boss Kazuyoshi] Hoshino-san.

“We need to keep our heads up and keep pushing for the second half of the season. At Round 7 [the second Motegi race] the handicap weight is halved, so before that we need to get as many points as we can, and hopefully we get some points and a good result next time in Fuji.

“In Round 2 at Fuji the Honda and Toyota were really fast in the straights, but hopefully now we can fight. I think Toyota will still be strong, let’s see.” 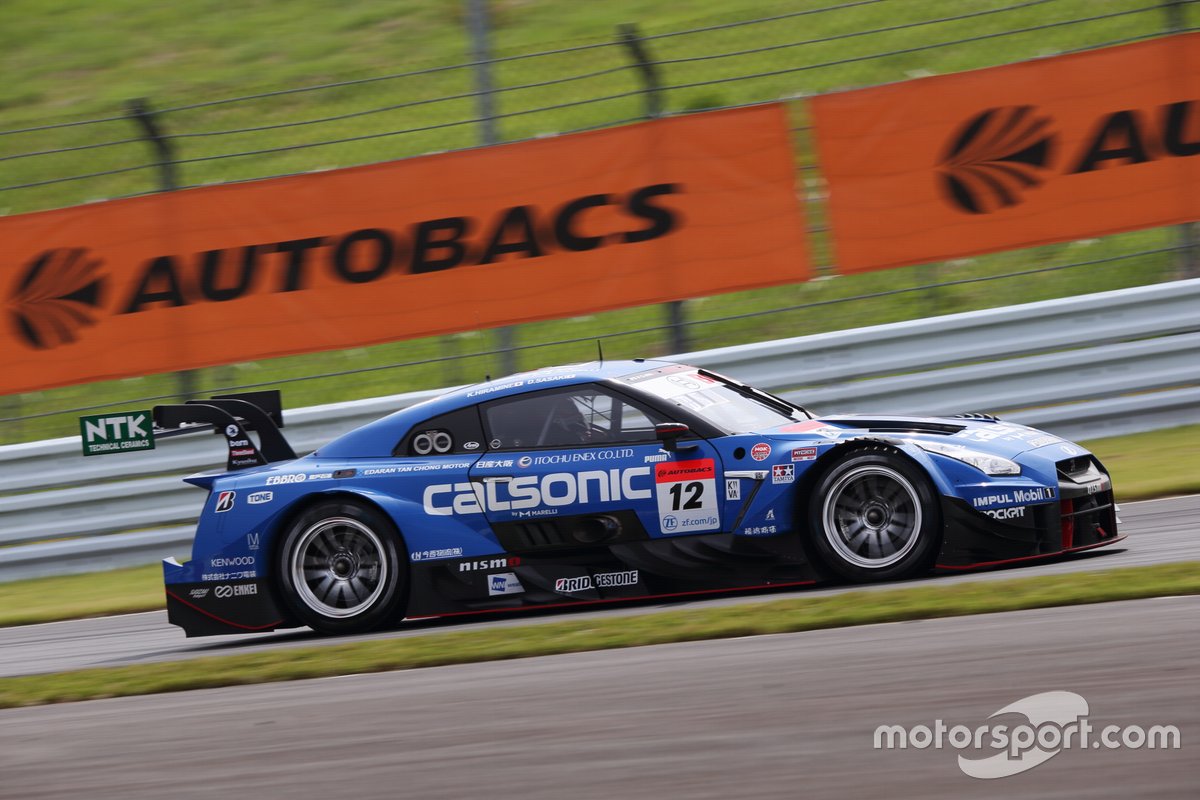