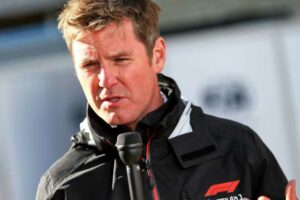 This season Formula 1 is experiencing a phenomenon not seen in decades, porpoising.

It is a consequence of ground effect aerodynamics with the car’s aero stalling the closer it gets pulled to the ground only to then kick in when it rises away.

Some teams, such as Mercedes, are having a difficult time with it than others.

The Brackley squad has been bouncing their way from track to track so much so that even at Silverstone, where it is expected to be a lot better for the W13, George Russell doubts he can take Copse flat-out.

With drivers worried that the bouncing could affect their long-term health, the FIA has stepped in to monitor vertical oscillations with reports saying any team that exceeds the limit set out by motorsport’s governing body will have to raise their car’s ride height by 10mm.

Mercedes ideally would like the rules to be changed, potentially allowing for the introduction of active suspensions.

Smedley, though, says the problem is not the rules.

“It is a problem that occurs a little on some cars and a lot on others,” F1’s director of data systems told Gazzetta dello Sport. “So it is not related to the regulations.

“We must all work together to find a solution, for the sake of sport, while safeguarding safety. Teams tend to favour performance. sacrificing the comfort of the rider “.

The former Ferrari and Williams man was involved in setting out this year’s all-new technical regulations.

“We started from a survey among enthusiasts,” he said, “which revealed the desire to see closer duels on the track.

“So as F1 we had to look for a solution to reduce the negative effect of turbulence on overtaking.

“We studied the fluid dynamics of two cars, one after the other, and we came to create a single-seater model, together with the FIA, from which the teams started to design the cars according to the new regulation.

“The contribution of AWS was very important in speeding up the data analysis times of our simulations.”

Smedley is convinced Formula 1 has moved in the right direction.

“It’s nice to hear the comments,” he said, “it always happens when something new is introduced, in this case huge.

“But the indications tell us that we have gone in the right direction.

“The ground effect cars are already as fast as the 2021 ones and at the end of the season they could overtake them.”