Ricciardo: Gasly kind of stole my point in France 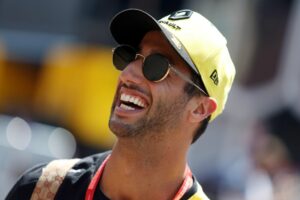 Daniel Ricciardo feels Pierre Gasly stole a point in France after not being involved in the last-lap battle at the Circuit Paul Ricard.

Ricciardo, Lando Norris, Kimi Raikkonen and Nico Hulkenberg were all involved in a tasty encounter in the very late stages of the French Grand Prix.

The Aussie, though, dropped out of the points altogether when given two five-second penalties. One for rejoining the track in an unsafe manner for forcing Lando Norris off the track; the second for leaving the track and overtaking Kimi Raikkonen.

Ricciardo can understand the latter penalty, but thinks the overall punishment was too much and allowed Gasly, his Red Bull replacement, to come in and take a rather fortuitous point.

“I get one, and get why they needed to do one because otherwise it is like…he is off track and everyone is going to complain, what are the rules for?

“Whether I feel it enlightened the race or not, I think the one was slightly inevitable if I am really honest.

“But two, I just thought to drop me out of the points I thought it was too harsh. With the one I would have dropped already to 10th, so give me one point for trying!

“I’ve nothing against [Pierre] Gasly at all, but he wasn’t in our battle at all, and he kind of steals the point. I didn’t think that justified it. But it is all good…I got over it pretty quickly.”