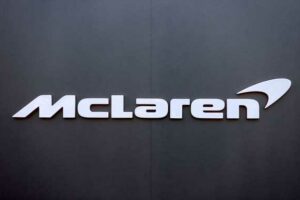 A report from Autocar has claimed that Audi have secured an entry into Formula 1 by striking a deal to buy out the entire McLaren Group.

Autocar say that the financial future of McLaren will have been secured by the deal, which will take “complete control” of the entire group – including its Formula 1 operation.

The report also claims that there is currently no change in the management structure within the team, and an Audi spokesperson offered no comment about the deal when asked by Autocar.

BREAKING: An Autocar source says Audi has bought the entire McLaren Group with plans to enter its own team in Formula 1 https://t.co/7ZwzjLdxgz pic.twitter.com/nSCpzSFUia

This move, if confirmed, would confirm Audi’s parent company, the Volkswagen Group, making an entry into Formula 1, which had long been mooted considering their involvement in negotiations surrounding the sport’s proposed new engine formula, to come in for the 2026 season.

Porsche, also owned by VW, have been involed in engine talks as well, and they have been previously linked with a move to partner Red Bull as a power unit supplier in the future, which could eventually take over from the newly-established Red Bull Powertrains division.

The Autocar report also says that Audi’s acquisition of McLaren would not block Porsche entering the sport themselves, with Porsche’s motorsport boss Thomas Laudenbach recently saying the brand is still “seriously considering” making a Formula 1 comeback.

It is no secret that the McLaren Group, and not just the Formula 1 team, have been struggling financially over the past few years.

In December 2020, McLaren became the latest team to sell a big stake of its Formula 1 team to a consortium which included a USA-based investment firm, injecting £185m of equity into McLaren Racing.

The consortium acquired a 15% share and, under that initial agreement, was due to rise to 33 per cent in 2022.

And, earlier in 2020, McLaren struck off 1,200 members of staff as a result of a major restructuring process. In addition, McLaren received a £300m injection from investors led by Mumtalakat, Bahrain’s sovereign wealth fund, and also a £150m loan from the National Bank of Bahrain.