Renault on a 'mission' after 2019 season's 'frustrations' 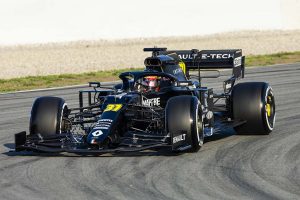 Renault has a “mission” to fulfil this season after “some frustrations” with its 2019 performances.

Despite having Daniel Ricciardo on the pay role, the team wasn’t able to reach the podium with the Aussie’s best result a P4 at the Italian Grand Prix.

Renault finished the championship in fifth place with 91 points, 54 behind customer team McLaren.

This year Abiteboul is determined to put last year’s wrongs to right.

He told Racer: “We have a mission.

“We have some frustration with last year and what we’ve done. I really believe that we can do better this year.

“We certainly have a car that should allow us to do better, so that’s the focus here and now.”

But while Renault is working on its on track issues, the team is also have to resolve some driver problems – namely they are short one driver for 2021.

Ricciardo has already announced that he will be leaving for McLaren next season, leaving Renault with only Esteban Ocon as a confirmed race driver.

Abiteboul has previously stated that he is in no rush to sign the Aussie’s replacement and may yet look to Renault’s juniors in Formula 2 – Guanyu Zhou or Christian Lundgaard – for Ocon’s team-mate.

“What I can say is Daniel is a great driver and a great personality, so that will be the profile for anyone who comes next,” he said.

“But right now the focus is on what we need to do, there won’t be any preferential treatment between Esteban and Daniel off the back of his decision.”