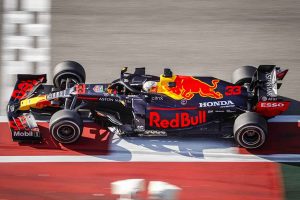 Dr Helmut Marko has stated it is Red Bull’s intention to take over Honda’s intellectual property, but need urgent answers from the FIA first.

After Honda’s shock decision to leave Formula 1 at the end of the 2021 season, it has left Red Bull and AlphaTauri needing a new power unit supplier for 2022 and beyond.

The remaining three engine manufacturers have all made their stances clear. It is a firm ‘no’ for Mercedes who have themselves and three customer teams to look after from 2021, a cautious ‘maybe’ from Ferrari who are weighing up their options and a ‘if we have to’ from Red Bull’s ex-partners Renault.

The regulations state that the engine manufacturer with the fewest customers must supply teams without an engine. That will be Renault, who will have zero customers once McLaren make the switch to Mercedes power in 2021.

But, Red Bull are looking to avoid what would be a forced re-marriage with Renault and instead buy Honda’s engine and re-badge it.

“We would prefer, under the condition the talks are positive, that we take over Honda’s IP and then prepare the engines in Milton Keynes,” Marko told AvD Motorsport.

“But this is only possible if there is an engine freeze starting from the first race in 2022.

“We need a decision about this from the FIA as soon as possible.

“If the decision is positive, then the next step is to find an agreement with Honda.

“We have several buildings in Milton Keynes, Honda too, and we are checking at the moment where we could implement it.

“All current engine manufacturers have their own team and build the engine with their chassis. We would get something where we have to build our chassis around. We would be faced with a technical solution that we have to accept.

“That is why we prefer the Honda solution. But we go through all the possibilities. If something like that comes into play, it has to fit the overall situation, it has to make us competitive, a forced marriage is not a factor for us.”

Leaving the ‘Ring with a bit of bling 🏆 #EifelGP 🇩🇪 #ChargeOn 🤘 pic.twitter.com/wD52kdzp9q

Another option for Red Bull would be to somehow attract a completely new engine manufacturer to the sport. But Marko has categorically ruled that out.

“There are no signs of a new manufacturer,” he continued.

“The reason is the relatively short period of four years. The engines are too complex. And also the costs are too high. And with these regulations and at this stage, no new manufacturer is entering F1.

“It would be only reasonable to bring the new engine regulation forward, but there is no detailed regulation yet. With all the pre-runs that are necessary for such a development, it can only be brought forward to 2025 at most.”