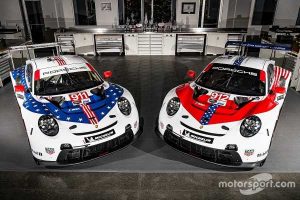 Porsche has revealed the special liveries its pair of factory GT Le Mans entries will carry for the Sebring 12 Hours, the team’s farewell race in the IMSA WeatherTech SportsCar Championship.

The one-off designs adoring the pair of CORE autosport-run 911 RSR-19s use the shape of the ‘Porsche crest’ logo and the stars and stripes of the American flag, as well as ‘Thank You’ messages to mark the end of the marque’s seven-year IMSA involvement.

Porsche’s director of factory motorsports Pascal Zurlinden said: “After seven very successful years, we’re wrapping up our works program in North America with the upcoming race at Sebring. With this special vehicle design, we want to underline our connection to this tremendous racing series and also want to say a big thank you to the loyal fans.

“While racing the 911 in the GTLM class, we experienced firsthand the excitement that our brand inspires in the USA. The spectators were always full of passion, they love the 911 RSR and they were unfailingly supportive.

“We’d also like to thank everyone involved from Porsche AG, Porsche Cars North America, our motor racing colleagues in the USA, the operations team CORE autosport and, last but definitely not least, our loyal partners. The huge successes over the last seven years would not have been possible without their trust and dedicated cooperation.”

As announced earlier this week, Neel Jani will join regular drivers Earl Bamber and Laurens Vanthoor in the #912 car, while Bamber will pull double duty as he joins Nick Tandy and Frederic Makowiecki in the sister #911 machine. 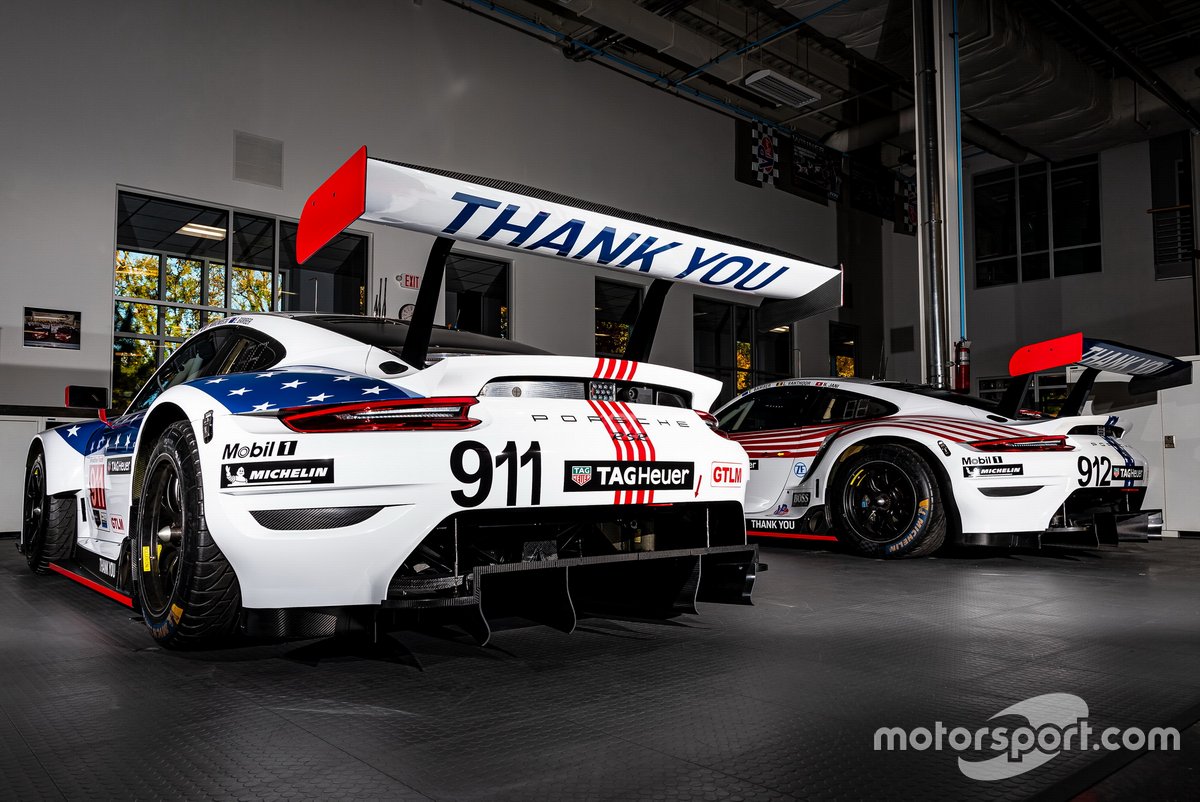