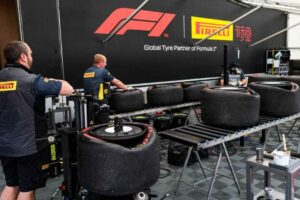 Mario Isola has described what needs to happen for Pirelli to remain as Formula 1’s tyre supplier from 2025 onwards.

Pirelli were the most successful of the four tyre manufacturers in 1950, the first season of F1, and have been the sole provider since 2011 when they took over from Bridgestone.

The Milan-based company are set to retain that exclusive status until the end of 2024, but less certainty exists thereafter.

Isola has confirmed the process of who supplies F1 teams with tyres will go to tender, a decision being due next year for 2025 and beyond.

“The decision is not in our hands, but in general we are happy with our experience in Formula 1 and we want to continue,” said Pirelli’s F1 boss Isola, quoted by GPFans.

“We had an extension for 2024, but this contract is subject to a tender process and it’s up to the FIA to decide how to manage the situation together with Formula 1.”

Explaining how the system works, Isola added: “Usually the tender is released not at the end of this year, but middle of next year because it’s the same process we had in the past.

“That means the decision is for the end of next year, to give one year’s time to the winner of the tender to prepare for the [2025] season.

“We are hoping to discuss the future with Formula 1. There is a lot going on and we have to discuss more in detail about that.

“But it is a tender, so in the end it is up to the offer and the characteristics and the elements that are included in the tender.”

In terms of 2023, data-gathering is already under way on trying to formulate the best possible compounds with Alpine’s Esteban Ocon having driven 124 laps on prototype tyres at Imola on Tuesday.

He was followed by AlphaTauri’s Pierre Gasly, who ran a very similar program, and Yuki Tsunoda, while Alfa Romeo’s Zhou Guanyu and test driver Robert Kubica also did their bit to further the informative exercise.

A fourth team to play their part at Imola were Ferrari with their race drivers Charles Leclerc and Carlos Sainz, although the latter encountered an issue that curtailed his running.

All of the other six teams will take part in tyre testing later in the season, with the next opportunity scheduled for Mugello, venue of the 2020 Tuscan Grand Prix, on June 24.