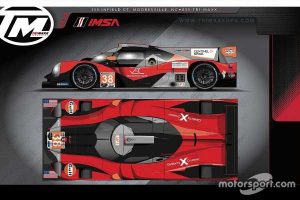 Team principal Brent O’Neill has elected to partner Cassels with Rasmus Lindh – the 19-year-old Swede who has finished runner-up in the USF2000 and Indy Pro 2000 championship – along with 16-year-olds Mateo Llarena and Ayrton Ori.

Llarena from Guatemala comes from FIA Formula 4 and the Porsche Mobil 1 Supercup, while Ori has competed in USF2000 and the F4 United States Championship.

O’Neill, who has seen his team compete with great success in LMP2, commented that running the Ligier JS P320 in the LMP3 class’s Rolex 24 debut holds no fear.

“This isn’t the first time we’ve had this many new faces and regulations and it won’t be the last,” he said. “One of the things that really sets my crew apart is their adaptability. I would even go so far as to say that they excel under these conditions.

“I know all of the drivers are quick and are good teammates so there won’t be an issue there.

“What it really comes down to is getting to the track and treating each session like it is the race so by the time the green flag flies we are the most prepared guys on track. That’s how you win an endurance race.”

Cassels, the 51-year-old from British Columbia, will be making his third Rolex 24 start and also has three seasons of LMP3 under his belt. Lindh is back for a second year with Performance Tech Motorsports, but it will be his first endurance race and debut in the IMSA WeatherTech SportsCar Championship.

Lindh will also be racing a Ligier JS P320 during the ROAR Before the 24 in IMSA Prototype Challenge.