Home » Racing » Perez: 'Monaco win shows how hard it is for non-Europeans'

Perez: 'Monaco win shows how hard it is for non-Europeans' 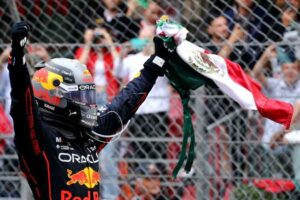 Only the third non-European driver to win the Monaco GP since Ayrton Senna’s four-year run, Sergio Perez says that’s just another indication of how difficult it is for drivers outside of Europe to make it into Formula 1.

Perez, though, is the only Mexican driver to have achieved that feat.

The driver, who Red Bull confirmed earlier this week has a new two-deal for 2023 and ’24, says he understand the magnitude of what he achieved on Sunday with the Monaco GP said to be the jewel in F1’s crown.

“Certainly, in terms of history of the sport, I’m a big fan of my sport,” he said. “So, certainly knowing what it means to win a race like this.

“I mean, they’re all very important, but certainly this is very special. And it goes very, very high in the list for my country.”

Of 20 drivers on this year’s grid, Perez is one of seven non-European drivers but the only one from South America. He has been representing Latin America alone since Esteban Gutierrez was dropped after the 2016 season.

“I certainly feel like at the moment, I’m the only Mexican – or even Latin American – driver on the grid,” he continued.

“It is quite hard, but I have to say I’m extremely proud of it.”

Perez’s comment comes in the wake of Nicholas Latifi having highlighted the “big sacrifice” that all non-European drivers have to make to race in Formula 1.

“It’s definitely a very big commitment,” said the 26-year-old from Montreal. “Not only for North Americans – I mean, obviously Daniel [Ricciardo] can relate to that quite a lot as well.

“It’s definitely a big sacrifice. You move away from your family and friends and your home from a very young age.

“Racing in Europe in the junior series, on the weekends most of the other drivers are able to take an hour or a two-hour flight home, see their family and friends in the off-time, and that obviously was not a luxury for me and I’m sure for Checo or Lance or Daniel.

“So it is difficult, and it’s something that comes with the territory. It’s something I was very happy to do, to pursue my passion.

“So I guess any driver that’s not really European-based, whether they are in the junior series or already racing at a high level, it is a commitment.

“I’m sure if they want to make that step, it’s something they will be happy to do because obviously this is the pinnacle and I’m sure most drivers would love to be in that position.”