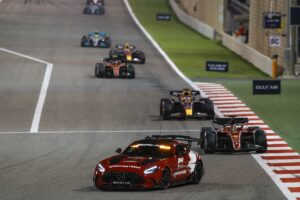 Alpine team principal Otmar Szafnauer says he has been “amazed” by car reliability throughout the grid at the start of Formula 1’s new era.

All of this year’s challengers had to be designed from scratch as F1 brought in fresh regulations intended to make racing closer, more exciting and competitive, closing up the pack and shuffling the order.

Just about every box has been ticked in the first two races of the 2022 season, with Ferrari’s Charles Leclerc and Red Bull’s Max Verstappen engaging in a thrilling duel for the lead in both Bahrain and Saudi Arabia and emerging with a victory apiece.

Usually at the start of a campaign, and especially when new cars have had to be created, there are reliability problems with several drivers having to retire from races.

But that has not been the case so much this term. Although Daniel Ricciardo, Fernando Alonso and Valtteri Bottas exited in quick succession in Saudi Arabia last time out, in Bahrain previously the whole field had still been running until 12 laps from the end after which Pierre Gasly, Sergio Perez and Verstappen retired with issues.

An attrition rate of three cars per race at this point reflects well on the teams generally, especially with engines having had to be homologated for the next four seasons, and Szafnauer admits it has caught him by surprise.

“Everyone did a really good with reliability,” said the Alpine boss, quoted by Motorsport-total.com.

“Do you remember the good old days? Back then, eight cars finished the first race, or six cars.

“With this completely new package and the changes for the engine, I’m amazed at how good the cars are.”

Szafnauer expanded on why exactly the reliability has been so impressive thus far.

“You have 100% new parts in the car, which is rare,” said the Romania-born 57-year-old, who joined Alpine during the winter from Aston Martin.

“Normally you carry over a decent percentage of the parts. And when you carry over parts, they have [already] proven themselves in terms of reliability.

“Also, everyone knew an engine freeze was coming. So every engine manufacturer made changes, and when you make changes, both to the car and to the engine, these things happen, especially when you are pushing for performance.”

Alonso’s retirement, due to a water pump issue, is the only one Alpine have experienced so far this season, with Esteban Ocon having scored 14 of the 16 points that have put the team fourth in the Constructors’ standings after two of a planned 23 races.