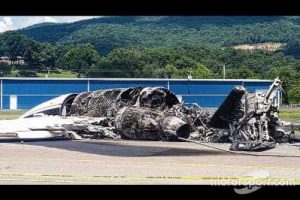 The National Transportation and Safety Board’s final report cites pilot error as the cause of the 2019 plane crash that injured NASCAR star Dale Earnhardt Jr.

The report, issued Wednesday, cites as the probable cause of the accident as follows:

“The pilot’s continuation of an unstabilized approach despite recognizing associated cues and the flight crew’s decision not to initiate a go-around before touchdown, which resulted in a bounced landing, a loss of airplane control, a landing gear collapse, and a runway excursion.

“Contributing to the accident was the pilot’s failure to deploy the speed-brakes during the initial touchdown, which may have prevented the runway excursion, and the pilot’s attempt to go around after deployment of the thrust reversers.” 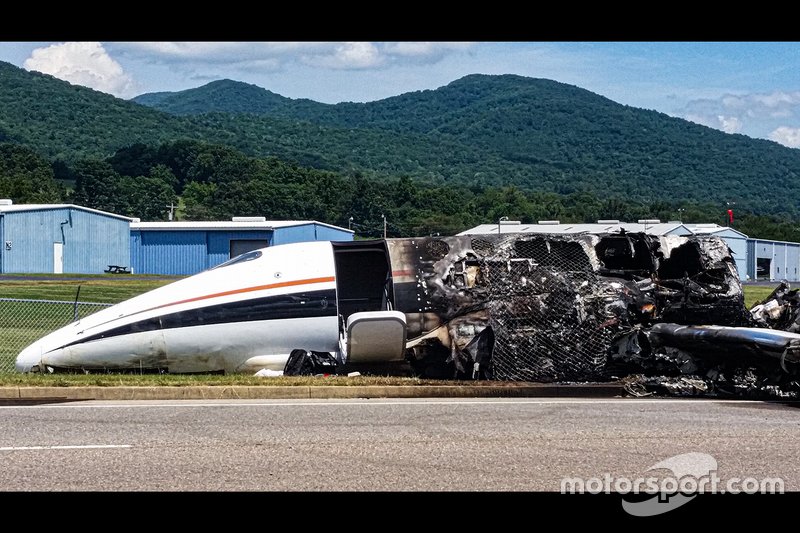 Earnhardt, his wife Amy, their daughter Isla, a family dog and two pilots all escaped serious injury when the Cessna 680A on which they were flying ran off the runway at Elizabethton (Tenn.) Municipal Airport upon landing on Aug. 15, 2019.

Earnhardt was on his way to Bristol (Tenn.) Motor Speedway to take part in NBC Sports’ broadcast of the weekend’s Cup and Xfinity series races at the track.

Surveillance video of the landing showed an initial touchdown near the runway ‘touchdown zone.’ The plane then bounced twice, continued down the runway until it touched down a third time with about 1,000 feet of paved surface remaining.

The plane ran off the runway, across a grass field, down an embankment, up an embankment and tore into a chain link fence before coming to a rest alongside Tennessee Highway 91. The aircraft was already on fire by the time it came to rest along the highway.

In the days following the accident, Earnhardt said his lower back “is bruised up real bad” and he had “lots of swelling.”

He was able to compete in an Xfinity Series race in early September without a problem. 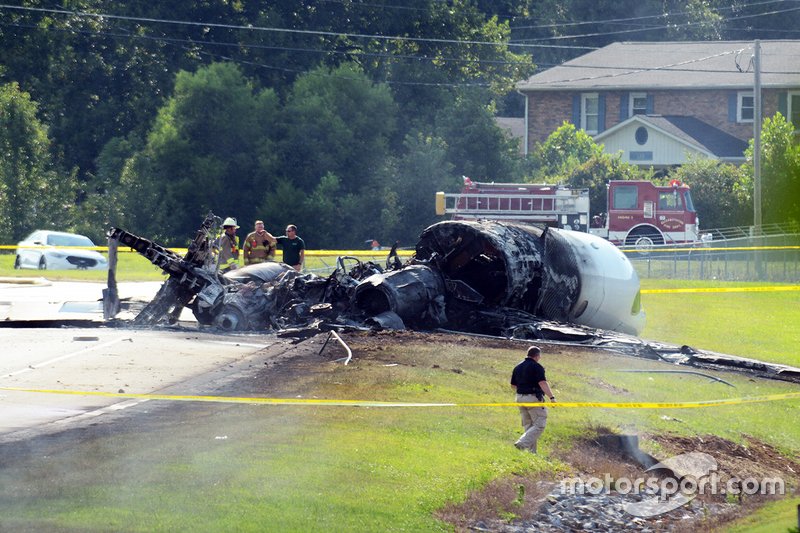 According to the NTSB final report, as the plane was making its approach to the airport, terrain alert warnings sounded in the aircraft. At one point the co-pilot said, “and I don’t need to tell ya, we’re really fast” and the pilot responded, “I’m at idle.”

Six seconds later, the pilot asked, “Do I need to go around?” and the copilot responded, “No.”

The report also cited the pilots for not properly using the speed brakes and thrust reversers to stop the plane, and because of that, they lost the ability to go around and make a second attempt at landing.

The NTSB indicated that there were no issues with the engines or other parts of the aircraft when it crashed. 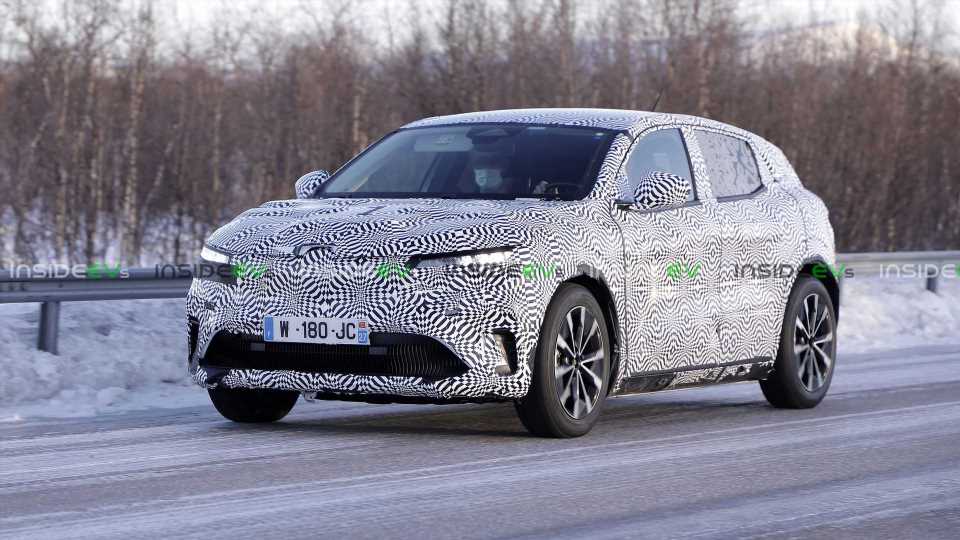