Home » Nowhere To Go But Up for Team Penske’s Josef Newgarden at St. Petersburg

Nowhere To Go But Up for Team Penske’s Josef Newgarden at St. Petersburg 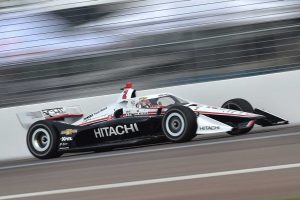 After finishing 23rd out of 24 drivers in the NTT IndyCar Series season-opening race at Barber Motorsports Park, the only place for Josef Newgarden to go is up.

The two-time IndyCar champ had a horrendous start to the 2021 season, losing control on the opening lap of this past Sunday’s race at Barber, spun and kicked off a multi-car wreck. 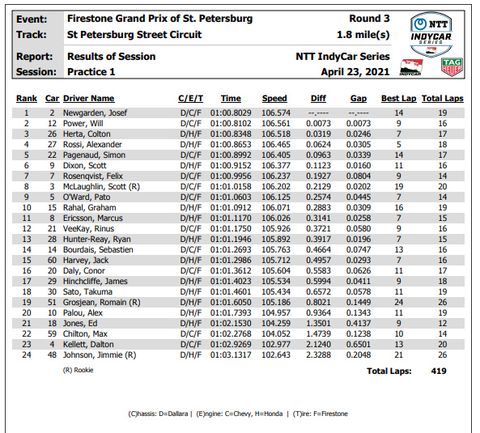 Newgarden hopes to bounce back in this Sunday’s Firestone Grand Prix in St. Petersburg, Florida. He got off to a good start, topping the field in Friday’s first practice session.

History would seem to be on Newgarden’s side: he’s won the last two races on the St. Pete street course, including last fall’s race (which was rescheduled from its original date last March due to COVID-19).

In winning that race, Newgarden extended a streak that has seen the last three race winners winning back-to-back races there: Juan Pablo Montoya won St. Pete in 2015 and 2016, St. Pete resident Sebastien Bourdais won 2017 and 2018, and Newgarden in 2019 and 2020.

“Pretty excited to bounce back here in St. Pete, at least we hope so,” Newgarden said Friday. “Barber was a tough start for us, not the start we wanted for the beginning of the year. But I feel like we have a really resilient crew, a crew that can refocus real quickly. That’s what we need to do.”

Ironically enough, Newgarden came into Barber with the best mark of any other driver over the previous five races there, winning three times (2015, 2017 and 2018), as well as third (2016) and fourth (2019). Last season’s race at Barber was cancelled due to the pandemic.

Newgarden’s very rare mistake at Barber not only knocked him out of the race without even completing one lap, he also enters this weekend 23rd in the standings, 46 points behind Barber winner and points leader Alex Palou.

“I got loose coming over the hill,” Newgarden said. “It was a good start. We were lining in pretty nicely, but I just got loose in the wake. I thought I had the car and then touched the grass and I think once I touched the grass it pitched me sideways.

“I feel really bad for anyone that got involved in that. Obviously, my mess created a bigger mess. Any of the cars that got involved, I’m real sorry because it was obviously us that tipped it off. It’s a shame. I feel like we had a really good car. We just needed to file-in there at the start. We partially did that. But we’ll come back. We’ve just got to bounce back at the next one.”

And bounce back Newgarden will likely do. Including this Sunday, there are still 16 races remaining for him to make up that ground, even if being so far down in the rankings is a very uncharacteristic place for a driver who is used to consistently being in the top-5 in the standings, or top-10 at the very least.

“We need to put our heads down here at St. Pete, get back on track so to speak and pick up where we left off last time here,” he said. “I feel like we had a strong car here in October, I don’t see why we can’t replicate that now in April.

“So I feel very positive being back here with Hitachi and Chevrolet and just trying to redeem ourselves and get on the board. I always say we need to get on the board every year at the beginning of the season. We weren’t really able to do that very well at Barber, so now we need to start this weekend and kick it off well.”

Newgarden has become one of the most prolific and successful drivers on the IndyCar circuit. The Tennessee native has earned 18 wins and 35 podium finishes; St. Petersburg will be his 150th IndyCar career start.

The majority of those wins—15—have come since he joined Team Penske for the 2017 season. He went on to win the first of what would become two IndyCar championships in his first season with the Penske organization (also won the 2019 title).

And even though he won last fall’s season-ending race at St. Petersburg, a bitter taste still lingers in Newgarden’s mouth because, even with what was his fourth win of the season, he still finished 16 points behind Scott Dixon for the championship.

Had the driver of the No. 2 Hitachi Dallara/Chevrolet won the title, it would have been his third IndyCar crown. Instead, Dixon won his sixth championship and comes into 2021 in pursuit of tying the legendary A.J. Foyt’s record of seven IndyCar championships.

But like Barber this past Sunday, all of that is in the past now for Newgarden. He has a lot to make up for from last weekend and believes he can go from zero to hero this Sunday.

“Now we’ve won two in a row (at St. Pete), it seems like we can’t stop,” he told BayNews9, a St. Petersburg cable news outlet. “Hopefully, that’s the new trend. Instead of not being able to finish the race and finish it successfully, we don’t know how not to win the event is what I hope happens.”