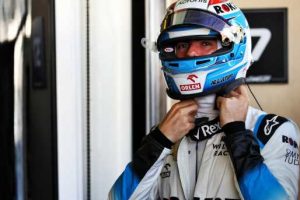 Nicholas Latifi sees his P11 finishes in Monza and Imola specifically as the highlights of his rookie season in Formula 1.

Driving for Williams, the Canadian failed to score a point and ended 2020 rock-bottom of the Drivers’ Championship.

However, despite being out-classed by George Russell on Saturdays, he did have some strong Sundays and finished just a place away from the top 10 on three occasions.

Of those three, he thinks his efforts in Italy, in particular, were high points of the year.

“[The highlight] has to be the two P11 finishes I scored at Monza and Imola – getting to within one place of my first F1 points on both occasions,” he said in his blog.

“I’m not counting my P11 in Austria because that was a race where I benefited from a fair few issues ahead. My race was about staying clean and seeing where I ended up.

“Monza was a weird one because I didn’t feel like the track suited the car very well, but at Imola, things sort of clicked much more and the car was good in the race. I found a good rhythm and was able to extend my first stint on the option tyres and put myself in a good position to try and capitalise on that.

“It turned out to be one of those races where you’re able to keep a good pace, stay consistent which, in our car, is not always the easiest thing to do for an hour and a half.”

Despite the strong result though, Latifi couldn’t help but feel a bit of disappointment at missing out on the first points of his career in Imola and feels he could have done better at the Safety Car restart.

“At the end of the race, it was a mix of emotions,” the Canadian continued.

“On one hand, it was a really strong result for me and our car, because we know it’s not the 11th fastest car on the grid. There was satisfaction that we did a really good race from a team-side strategy, pit stops and also from a personal performance on my side.

“But also there was a realisation that with one more position you’re going to be in the F1 points – and there’s obviously a bit of frustration about being so close – and perhaps if I had done something a little different at that restart… A few ‘what ifs’ after that particular race for me.”