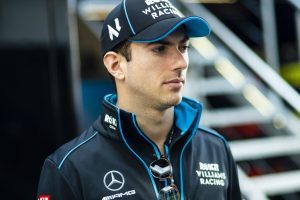 Nicholas Latifi said the “inherent weaknesses” of his Williams meant he couldn’t make it into the points at Imola.

The Canadian racer was running P11 in the Emilia Romagna Grand Prix after a late Safety Car restart and so was presented with a prime opportunity to score his first points in Formula 1.

Ultimately though the final point went to Alfa Romeo’s Antonio Giovinazzi, meaning Williams’ and Latifi’s wait for a first point of the 2020 season goes on.

But Latifi wasn’t surprised that he failed to make it into the top 10, saying the weaknesses of the FW43 meant he was slow in all the places where he needed to be fast.

“Obviously it’s disappointing when you end up that close to the points but I think in general it was a strong race,” he told the Formula 1 website.

“The opening laps were quite difficult to manage and then the race settled down, I managed to extend the stint quite a lot and it put me in quite a good position to capitalise at the end.

“For sure when you get the last laps Safety Car restart you know things are going to be kicking off, obviously a few cars went off in front, it puts you closer, but ultimately I think we just weren’t quick in the right places on the track.

“The car has inherent weaknesses and we were weak in the places where you needed to be quick to get the DRS and even with the tyre advantage I had on the guys in front I couldn’t mount the challenge. It was definitely frustrating I didn’t have quite enough pace but overall pleased with the race itself, especially after what was probably my weakest race in Portugal.”

Latifi explained that he was having difficulty with his braking, something that really hurt him at the “chicane” and the “last corner”.

“It’s definitely a tricky track to [overtake]. It’s narrow as well. These modern F1 cars are so wide, they take up a lot of the track, so one thing that helps a lot is if you can take many different lines into the corners, use the track to get some clean air,” he said.

“We saw it in Portimao, a lot of people thought it wasn’t going to be good for racing but people took different lines for strategic driving.

“This track [Imola] is very difficult to do so, obviously very fast in places, very narrow, then combine that with our weaknesses, I really struggled at the chicane and at the last corner, in the braking zone, which is a weakness of the car.

“It was difficult to try and stay close, I almost went off track a couple of times in the last corner trying to get that last tenth for DRS but it just wasn’t to be.”

Latifi is yet to outqualify team-mate George Russell in 2020, and he feels that is one area of his skill set, along with race starts, that needs improvement if he is to become a complete package.

In qualifying for the Emilia Romagna Grand Prix Latifi missed out on Q2 by only a tenth.

“Really with the exception of last weekend the race pace has always been there,” he said.

“But the race start is so difficult to overtake and I think that’s really the one area that’s consistently put George in a much better position to try and score points is he starts further up, and the pace of the car in the race is pretty decent so you can at least maintain it if we get ahead of the Haas and Alfa, eventually able to pick up the scraps of the other cars if they suffer misfortune.

“So I had no references from a driving point of view, no idea where to go with the car direction – it was a little bit split across the cars to try and get a comparison – so considering all that and I only missed Q2 by a tenth and a half and was just under two tenths off George, I was pretty pleased with that.

“But it underlines I just need to make some little steps in qualifying, put it together consistently, and that’ll make big differences in the race from a starting position and being able to maintain that.”