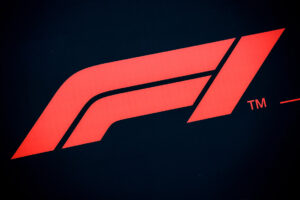 Formula 1 has revealed new branding to promote the turbo hybrid power units in the sport, and showcase their credentials to a wider audience.

The new blue and green graphics will be on show from the Sao Paulo Grand Prix onwards, and the move comes as part of highlighting Formula 1’s push towards a more sustainable engine formula in the future.

Alongside this, the branding describes the first-generation power units as the “most efficient in the world, delivering more power using less fuel than any other car”.

The current specification of power units has been in use since 2014, but the new engine formula currently under negotiation between the teams is being designed with the specific goal of being fully carbon-neutral, powered by 100% sustainable fuel.

Combined with fuel companies, Formula 1’s aim is to help roll out their net-zero carbon creation around the world, which they say will be able to be used by “millions of road cars globally, at a fraction of the cost associated with going electric”, which in turn will benefit the environment as a whole.

Today: the world's most efficient engine

In future: a 100% sustainably fuelled hybrid – and a gamechanger for global auto emissions

F1 is unveiling new graphics to showcase its incredible technology

Powered by Hybrid since 2014#F1 #WeRaceAsOne

“The current F1 hybrid power unit is the most efficient in the world, delivering more power using less fuel, and therefore CO2, than any other car,” read a statement from Formula 1.

“The technology that already exists in F1 alongside a sustainable fuel model has the potential to be a game-changing moment.

“F1 can continue to be a leader for the auto industry and work with the energy and automotive sector to deliver the world’s first net-zero carbon hybrid internal combustion engine that hugely reduces carbon emissions around the world.”

Plans for the new engine formula are progressing and Porsche are reportedly “seriously considering” entering Formula 1 from 2026 onwards, alongside rumoured interest from Audi.

Formula 1’s target is to produce net-zero CO2 emissions across the entire sport by 2030.