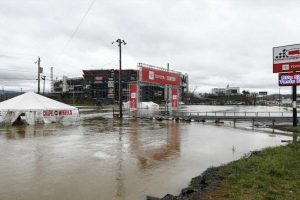 NASCAR and rain don’t get along. America’s premiere stock car series won’t even touch the track if it’s wet out, so when poor weather hit this year’s season-opening Daytona 500, NASCAR had no option but to wait six whole hours, dragging tv viewership to an all-time low, according to SportsPro. Looking back, however, it had nothing on NASCAR’s attempted return to dirt this weekend, where once again, weather conspired to rain on NASCAR’s parade. This time, though, so hard that it postponed racing until Monday.

Weather reportedly first took its toll on Saturday’s qualifying heats, initially delaying the Trucks qualifier until the evening after a two-hour dry period according to The Charlotte Observer. But after NASCAR gave the go-ahead, it reportedly reversed its decision after a single lap, with mud kicked up by the trucks’ specially made bias-ply tires
obscuring drivers’ windshields. 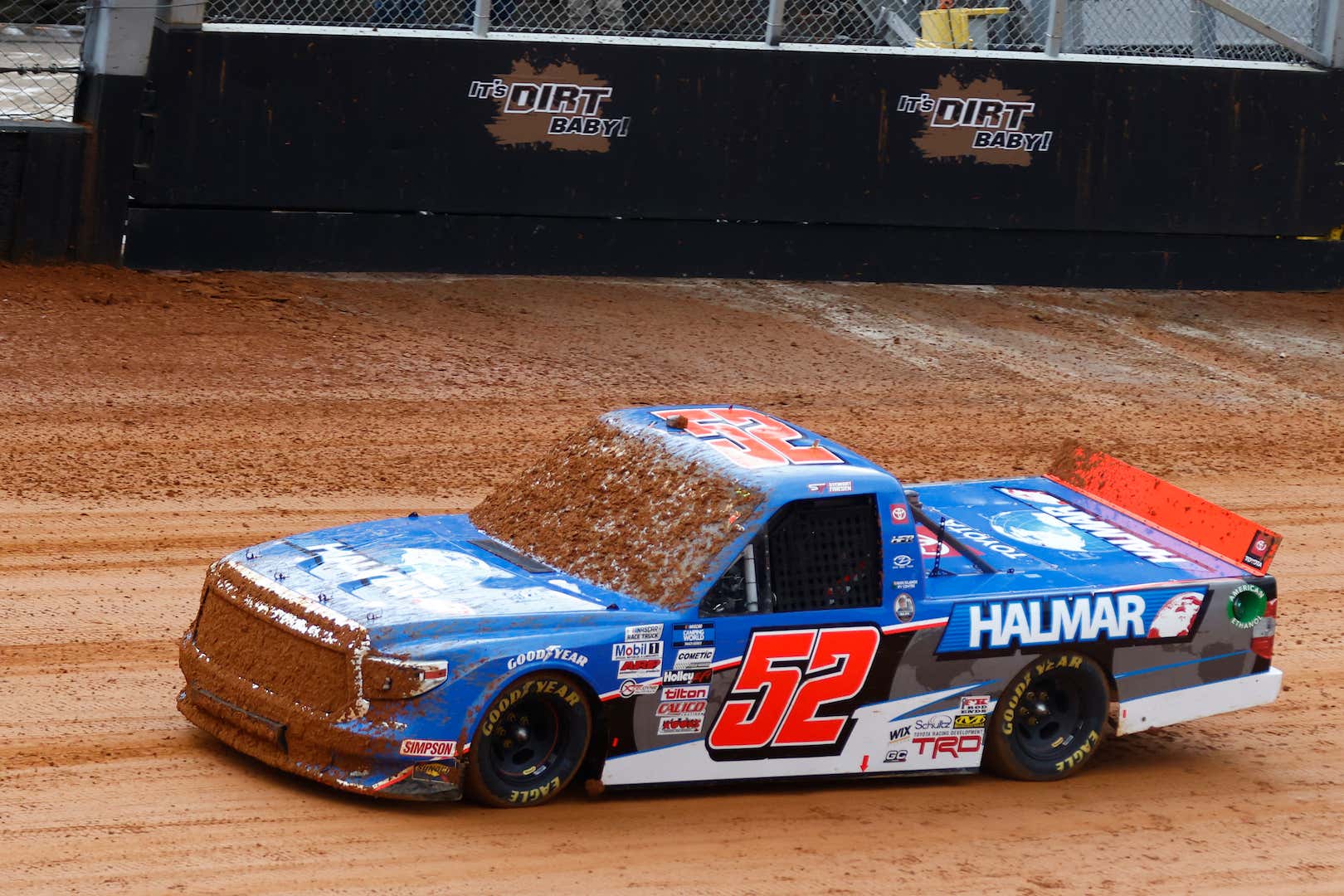 By the time track officials registered three inches of rainfall on Sunday morning, the National Weather Service had issued a flash flood warning for the area, one proved prophetic by photos captured that day. In images and video taken Sunday, Bristol Motor Speedway’s carefully prepared premises can be seen flooded, standing water swamping the road to the track and an area reportedly occupied by vendors’ tents. Accordingly, NASCAR postponed both its Truck and Cup series races to Monday, scheduled for 12 and 4 p.m. ET respectively.

As of Monday morning, the races look set to go on. The Weather Channel forecasts a sunny day of modest humidity, and images of the paddock posted to the track’s Twitter show the area has drained since yesterday. Even so, when NASCAR lets the green flag fly for its Truck series, it’ll come as a surprise if they don’t still kick up an alarming amount of mud. Let’s hope there’s some racing surface left by the time the “god-awful bad” Cup cars hit the track this afternoon.