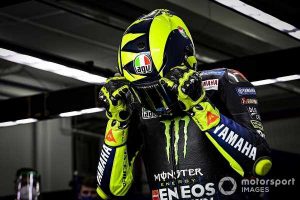 Valentino Rossi admits being forced into quarantine for 24 days at home alone after testing positive for COVID-19 last month was “a difficult experience” upon his return to MotoGP action.

The Yamaha rider was forced to miss the Aragon double-header last month after testing positive for the virus at home in Italy following the French Grand Prix.

His participation in this week’s European Grand Prix was in doubt when he tested positive again on Tuesday earlier this week, with Yamaha placing American World Superbike rider Garrett Gerloff on standby to replace the Italian. Rossi was eventually cleared following two further COVID-19 tests and was allowed to return to action on Saturday, with Gerloff taking his place for Friday’s running.

The Italian was eighth fastest in the wet FP3 session, but struggled in the drying conditions of Q1 and could only qualify 18th – though will start 17th courtesy of teammate Maverick Vinales, who was 15th, having to start from pitlane for exceeding his engine allocation this weekend.

“[It] was a difficult experience because I have to stay closed at home for 24 days alone, so was not easy,” Rossi said on Saturday of his COVID-enforced layoff. “But when I came back on the bike, I felt good and I don’t have a particular problem. I have more of a problem because I didn’t ride yesterday, so without Friday it’s more difficult.

“For the rest, I felt good with the bike. Unfortunately, in the Q1, the conditions were quite bad because the asphalt was coming dry, and in those conditions, we suffer a little bit. But the feeling on the bike is very good, I feel good, I’m very happy to be here after 24 days closed at home.” 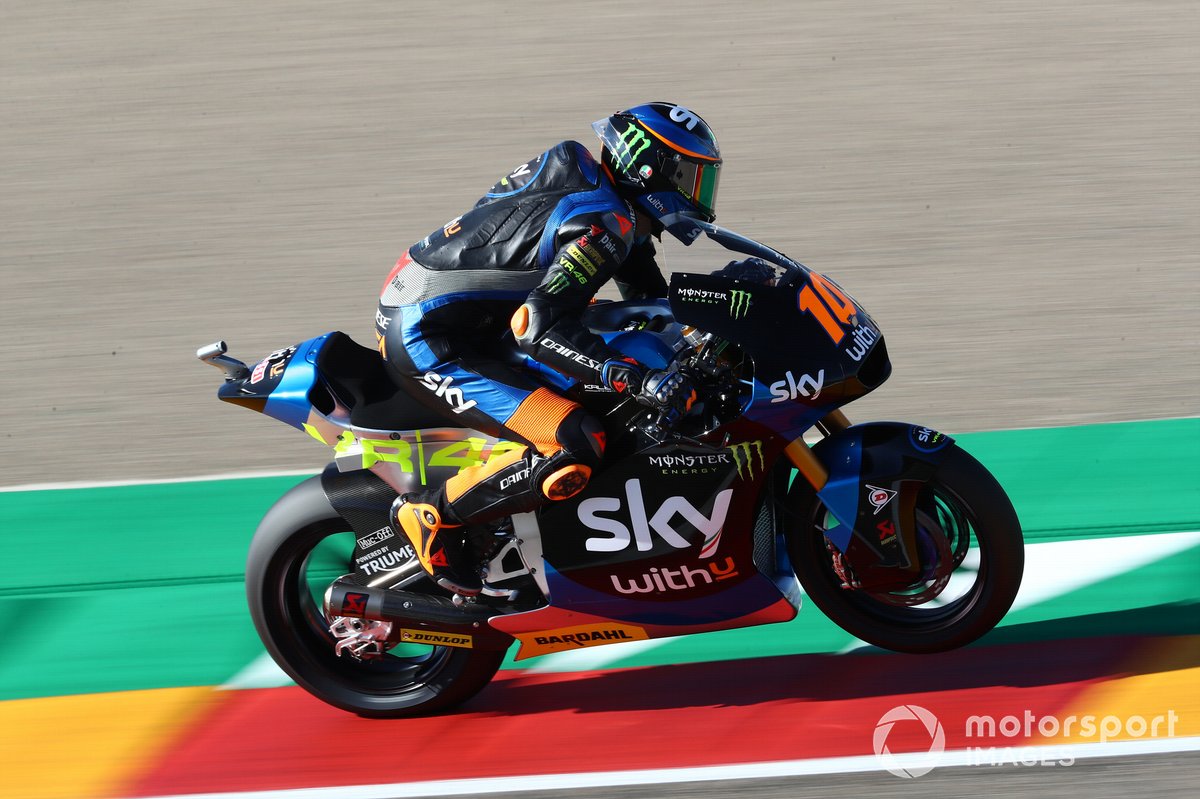 Marini currently races for Rossi’s VR46 team in Moto2, and will run the squad’s colours in MotoGP next year on the Avintia Ducati. Rossi says the prospect of lining up alongside his brother on the MotoGP grid next year “makes me proud”.

“I’m very happy to race with him, it will be a great motivation and it will be impressive,” Rossi said of Marini’s graduation. “I remember that when I won my first world championship in 1997 [in the 125cc class], he was just born.

“He was born on 10 August, 1997 and I won the title. I won on 31 August. When I came home as a world champion, I was holding him and he was 21 days old. To think that next year we will race together and that we will do it in MotoGP, which is the dream of all riders, it makes me very proud, but above all I am happy for him.”