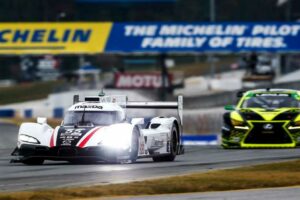 The No. 55 Mazda Prototype of Harry Tincknell, Jonathan Bomarito and Oliver Jarvis passed the No. 31 with just over than 20 minutes to go and held on for the win on Saturday night.

“What a way to end the Mazda story,” said Jarvis. This was the last race for the car and the manufacturer.

The runner-up No. 31 Whelen Cadillac of Felipe Nasr, Mike Conway and Pipo Derani started the race with a narrow points deficit to the eventual third-place No. 10 Wayne Taylor Racing Konica Minolta Acura, with the championship to be decided by which one finished ahead of the other. That would be the No. 31, which finished second, just ahead of the No. 10 in third. After 10 hours, the deficit between first and second was 3.297 seconds. The No. 31 had the fastest lap of the race at 1 minute, 9.324 seconds.

Taking the GT Le Mans win—the final one ever—was the No. 97 WeatherTech Racing Porsche of Kevin Estre, Michel Cristensen and Fred Makowiecki, a super team assembled just for the race. In second was the No. 79 Porsche, the sister car to the No. 97.

A scary accident a third of the way through the race caused a long full-course caution. Five GT cars were involved, and getting the worst of it was Jordan Taylor in the No. 3 Corvette Racing C8.R, who smashed into the back of the stationary Grasser Racing Lamborghini Huracan at what Taylor figured was 110 mph. He walked away, but admitted he will likely be sore tomorrow, which is better than he immediately thought – Taylor was afraid he had broken his back. 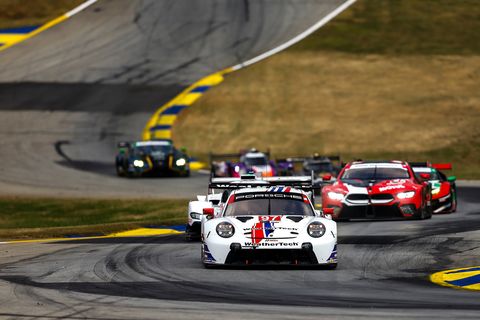 Fortunately for them, Taylor and co-driver Antonio Garcia had already scored enough points to wrap up the 2021 GT Le Mans season championship. The GT Le Mans class goes away in 2022, as it is being dovetailed into the GT Daytona class in a ProAm format. 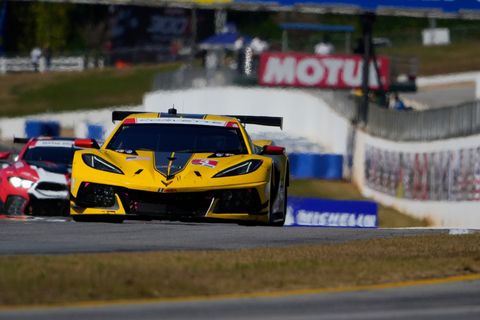 In LMP2, the race win went to the No. 8 Tower Motorsports Oreca of Gabriel Aubry, James French and John Farano. The No. 52 PR1 Mathiasen Oreca took the championship for drivers Ben Keating and Mikkel Jensen in the first hour. The team was first in class to cross the finish line but were later assessed a time penalty that gave the win to the No. 8.

In LMP3, the No. 74 Riley Ligier of Gar Robinson, Felipe Fraga and Scott Andrews won the championship and the race.

In GT Daytona, the No. 9 Pfaff Motorsports Porsche 911 GT3R of Zacharie Robichon, Laurens Vanthoor and Lars Kern clinched the championship with a second-place finish. Winning the class was the No. 23 Heart of Racing Aston Martin of Roman De Angelis, Ian James and Ross Gunn.

That’s it for the IMSA WeatherTech series until the Rolex 24 at Daytona, scheduled for next January 29-30. 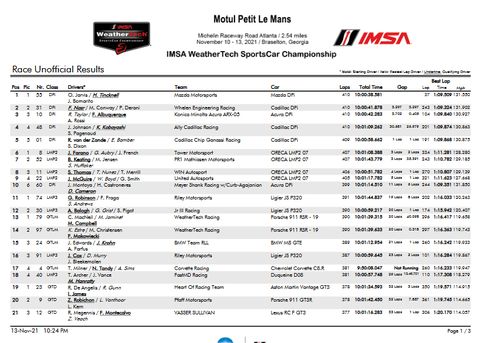