Home » Racing » Making Sense of the NASCAR Finish at Talladega

Making Sense of the NASCAR Finish at Talladega 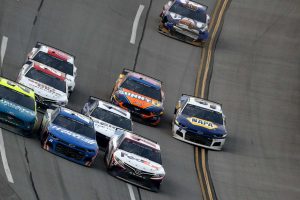 Denny Hamlin was the first to cross the finish line and was declared winner of the YellaWood 500 on Sunday at Talladega Superspeedway — but it starts to get a little complicated after that.

Matt DiBenedetto was second across the line, .086 seconds behind Hamlin, and was initially scored the runner-up until getting penalized to 21st. Chase Elliott crossed the line in sixth, was penalized to 22nd, but the infraction was overturned on review and moved the No. 9 team up to fifth.

He gained a spot because Chris Buescher crossed the line seventh, advanced to sixth after the finish once Elliott was penalized, but was himself given a penalty and was officially scored in 22nd.

It was that kind of superspeedway race.

Joey Logano was twice penalized for forcing another driver below the double yellow (out of bounds) line during the race, and in the name of consistency, NASCAR officials worked to apply that same standard t0 the finish … even if it took an hour afterwards.

Even Hamlin had to wait out a replay review before he was permitted into Victory Lane.

The winning pass took place on the apron, and it was only deemed legal after NASCAR concluded that the move was a reactionary one against a possible crash in front of him between DiBenedetto and William Byron.

They kept their cars pointed in the right direction, but NASCAR declared DiBenedetto guilty of forcing Byron below the yellow line. Behind them, Elliott dove out of bounds line to pass Buescher, which was initially called a penalty until it was reviewed and went against Buescher instead.

Thus, the results changed three times from the checkered flag to one hour afterwards.

“The 21 (DiBenedetto) hung a left, drove those guys down below the line,” Miller said. “We called that twice on (Logano) during the race, so nothing different there.

“On (Byron) and (Hamlin) being down there, I mean, in our judgment they were down there to avoid a wreck.”

Of course, Miller also said it was “clear cut” that Elliott “just pulled out and passed (Buescher) underneath the yellow line,” before overturning it an hour later.

“I think all of it was, from our vantage point, I think fairly clear cut,” he said again.

As it pertains to Hamlin, who clearly advanced his position after being forced out of bounds, when he could have chosen to return in-bounds — the decision to not penalize was in stark contradiction to previous explanations of the rules.

This thread features NASCAR’s executive vice president and chief racing development office Steve O’Donnell and Dale Earnhardt Jr. disagreeing on the consistency of penalizing drivers who advance their position even after getting forced out of bounds.

Can’t be more clear than what is played at every Speedway driver meeting and was talked about this morning as well. You can’t advance your position. Only judgement is if position was immediately given back. It was not. https://t.co/KenHUkpumO

Hamlin was forced out of bounds, but continued below the apron and used the momentum to take the lead, while the cars he attempted to avoid never did crash.

“I’ve been a victim of getting forced down there all the time,” Hamlin said. “Finally, they put their foot down and said, ‘this is the rule, we’re going to enforce it.’

“You can’t as a leader, wherever you are, use the yellow line as a defense.”

And for his part, Miller says NASCAR has no interest in abolishing the out of bounds rule.

“Yeah, I mean, outside of putting a wall there, I don’t really know what more we can do. I do sincerely believe we need the rule. You see all the real estate that’s around here. If we started having cars running 12-wide down the back straightaway, imagine what would happen when you get to turn three.

“I think it’s important that we continue to have a rule. You get out there in the heat of battle, things happen. It’s hard when there’s all that real estate down there, but you just can’t do it.

“I don’t think that we can eliminate it. I think it would be a mess. We kind of are where we are.”

When Kyle Busch advanced into the Round of 8 following a runner-up finish in the Bristol Night Race, he pessimistically said “we’ll be eliminated in the next round so who cares.”

With just one race remaining in the second round, the two-time and defending champion will be right unless he wins next week at the Charlotte Motor Speedway Roval.

Busch was involved in three different crashes on Sunday at Talladega, and the third one was too much to overcome, eliminating him from just outside of the top-10 with a car that arguably had no business being there.

Meanwhile, Aric Almirola absolutely will must win at the Charlotte Roval after he was eliminated from Talladega in a crash with three laps remaining in the first stage.

That incident began when Almirola was turned into the wall from the lead due to contact from behind by Alex Bowman. That contact was triggered by a push from Joey Logano into Bowman. Busch was fourth in line up top behind Almirola, Bowman and Logano.

Busch briefly had all four tires off the ground and landed just in time to clip Ryan Blaney.

Almirola entered the race already 27 points out of a transfer spot and now needs nothing short than a win to advance into the Round of 8 next weekend at the third annual race on the infield road course.

“I’m okay,” Almirola said on the NBC TV broadcast. “I know I got hit from behind and turned into the fence. It’s such a shame.”

Busch was able to return to competition afterwards, albeit with a severely damaged left front, just to get involved in another crash with 100 laps to go.

This crash also took out Clint Bowyer, who entered this race already facing a must-win scenatio at Talladega and Charlotte. The incident began with Bowyer pushing Jimmie Johnson until the seven-time Cup Series champion spun sideways and began a crash that sent Kurt Busch airborne and out of the race.

“As soon as I got to (Johnson) I pushed him and the whole rear of the car went down and I was like, ‘Oh my God,’ and before I know it he was tank swapping all over the place,” Bowyer said. “I don’t know if that was how they had their cars built or whatever, but as soon as you got close to him he was all over the place.

“Obviously didn’t mean to wreck him, but you’re going hard and three-wide and people are behind you pushing. I was hoping he would save it, but he didn’t and we all wrecked.”

Kyle Busch again caught damage but was able to continue after this incident as well.

His older brother won last week at Las Vegas and had already advanced into the Round of 8, valuable because a crash like this otherwise would have placed him in a must-win scenario for next weekend at the Roval as well.

“We just have to go win,” Bowyer said.

Busch had taken his damaged car to 12th at the time of the first overtime attempt and would have been just a handful of points out of a transfer spot if he could have remained there.

Tyler Reddick was giving Busch a shove down the frontstretch, but the damage from the previous wrecks had made his car unstable. Busch couldn’t hang onto it and it caused a melee that included Kevin Harvick, Joey Logano and Martin Truex Jr. and John Hunter Nemechek.

Busch’s car wouldn’t survive this one, and he finished 27th and 21 points behind Logano for the transfer spot heading into the Charlotte Roval.

“Car was just real slow after all the damage obviously, so I’m just holding up the line trying to draft off the guys in front of me,” Busch said. “I’m pushing too much backwards on the guys that are trying to push me forwards and it creates a wreck. … I hate it when I’m right.”

Not advancing to the next round.

Here are the standings entering the Charlotte Motor Speedway Roval. 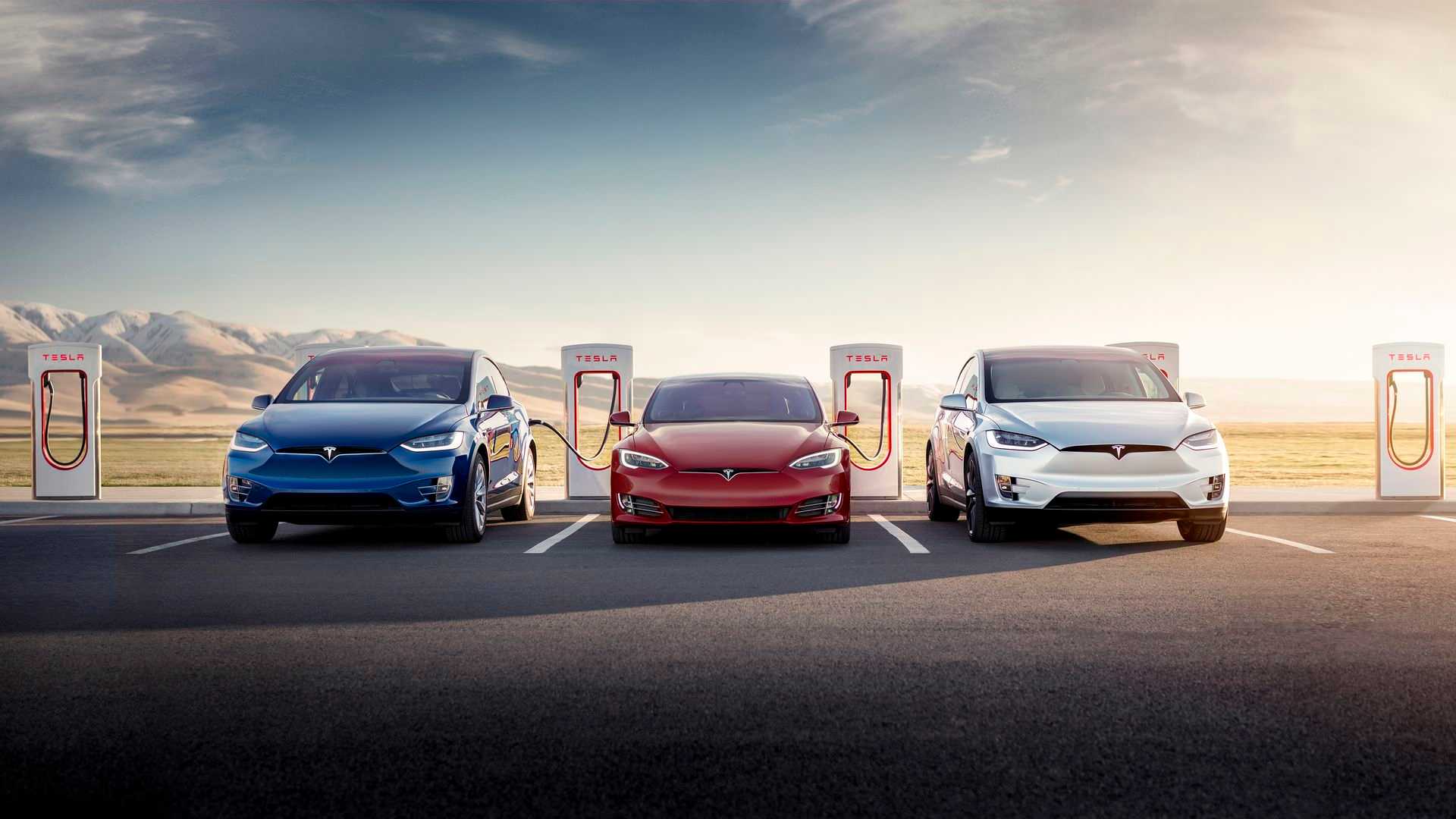 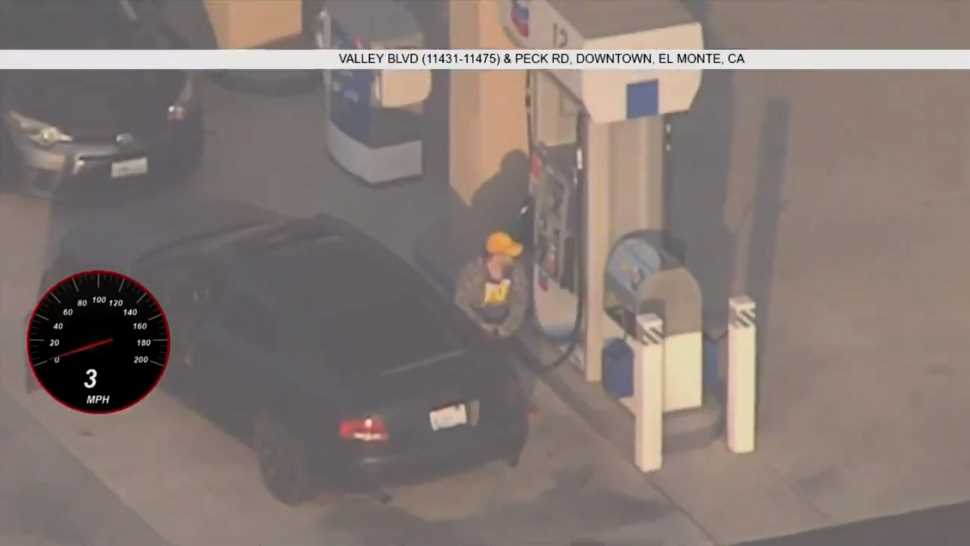 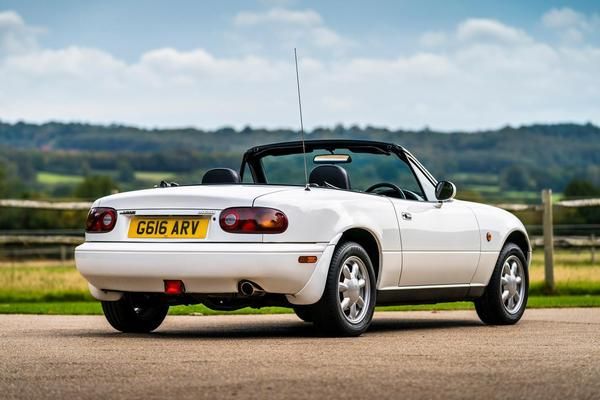