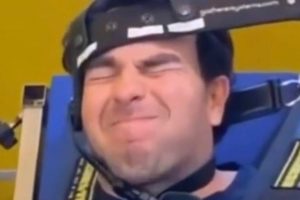 In the three-week break between Bahrain and Imola (which was painful enough), Perez showed it was far from a relaxing time off as he posted a video of one of his workout routines at the Athlete Performance Centre used by both Red Bull drivers.

Physical test at the APC, I hope you have a better weekend than mine ? [email protected] #ChecoRedBu11 #chargeon pic.twitter.com/7tJ8C6kJvf

Catching up on events ahead of the Imola GP weekend, Hamilton was very amused when he saw poor Perez going through what looked like a brutal session. 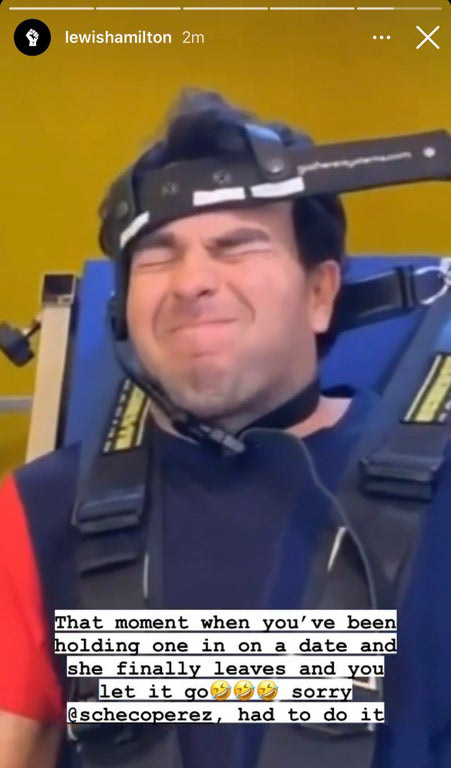 Hamilton wrote: “That moment when you’ve been holding one in on a date and she finally leaves and you let it go. Sorry Sergio, had to do it!”

We did not have Hamilton v Perez down as one of the top friendly driver rivalries in Formula 1 but it turns out Hamilton really did play the long game with this one.

All the way back in 2015, Perez had initially pranked Hamilton by jokingly posting he had kidnapped Lewis’ beloved dog, Roscoe.

We’re going to have keep a closer eye on these two in future.

Hamilton also had a great plan for the cold weather expected at Imola throughout the weekend, donning one of the tyre covers in between his media duties on Thursday.

Mans is freezing out here pic.twitter.com/JyrGbR85CW

We are now politely asking for Formula 1 to make these available for purchase with the option to heat them prior to wearing. Please and thank you.