Lando Norris has said there is a “completely different” dynamic between himself and Daniel Ricciardo than he had with previous team-mate, Carlos Sainz.

The Spaniard and Norris got along famously as McLaren team-mates and have a self-described “bromance” between the two of them and, while Norris says he still maintans a good relationship with his new team-mate, they have differing interests.

Norris has had the upper hand on the seven-time race winner throughout the season so far, with the Briton being argued as one of the drivers of the season so far – sitting P4 in the Drivers’ Championship ahead of Mercedes’ Valtteri Bottas.

Such is his confidence in his car, Norris said before the race that he had aimed to beat a Mercedes or Red Bull in qualifying on Saturday.

As for his in-team relationship with Ricciardo, he feels that the pair’s differences come away from the races.

“Daniel and I get along well,” Norris said, quoted by Grandpx.news. “We laugh a lot and I think we’re good team-mates.

“But what makes it different is what happens off the track,” he said. “Daniel is interested in things like wine and fashion, and I enjoy golf and esports.” 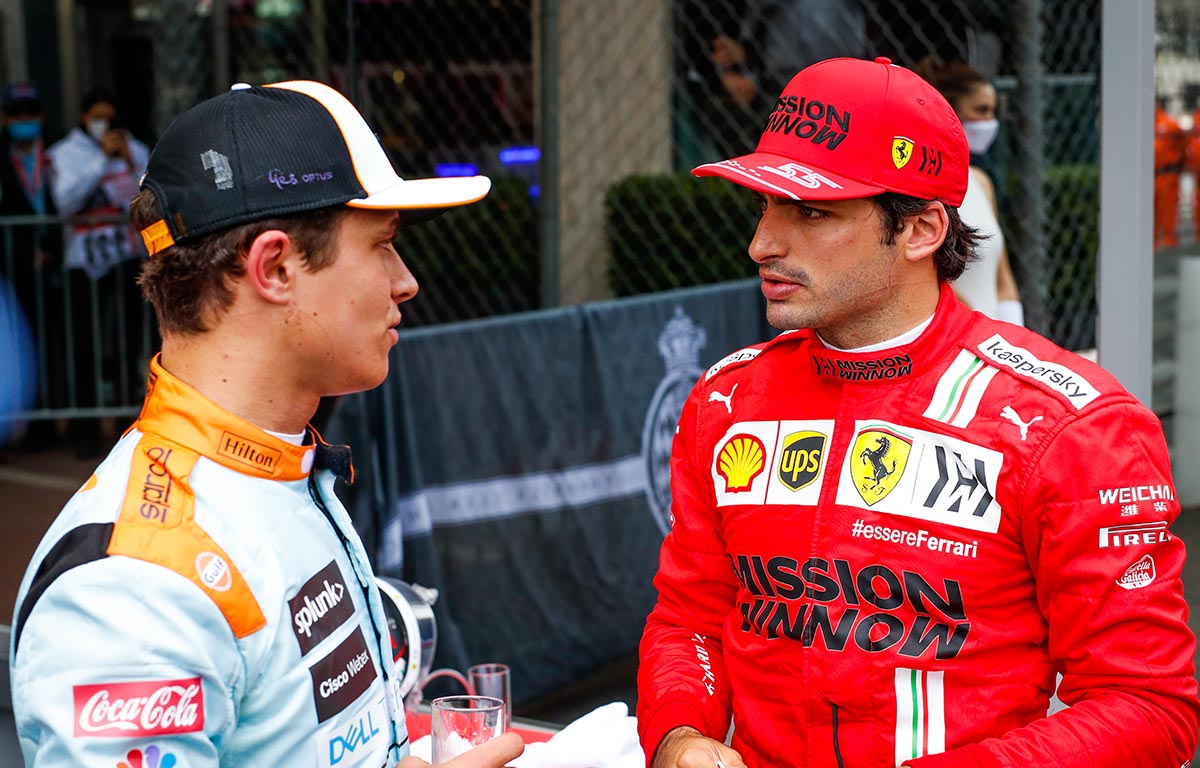 Norris admitted that he has put more focus on himself this season in his quest to improve, which in turn has paid dividends in where he stands in the World Championship at the moment.

Sainz has also made an impressive start to his Ferrari career, and the 21-year-old Brit said the pair still socialise together away from race weekends and have maintained their relationship from their time together at McLaren.

“Carlos and I still play golf together or race against each other on the simulator. If you spend time together away from the track, it simply results in a completely different bond,” Norris explained.

“It may be true that I focus more on myself than before, because I believe that’s how I am getting more out of myself. That includes spending more time with my engineers and less time joking around.

“It’s not that I’ve lost the fun of it, I just concentrate more on the essentials.”