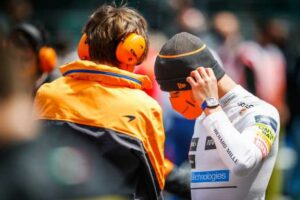 Bagging his third successive top five result in Portimao on Sunday, Lando Norris isn’t reading too much into it but says it does show that he and McLaren are going a “very good job”.

Norris was best of the rest behind the Mercedes and Red Bull drivers at the Portuguese Grand Prix, the Brit bringing his MCL35M across the line in fifth place.

The result not only meant a third top five result for Norris but once again he was able to finish ahead of McLaren’s main rivals for P3, Ferrari.

Asked if he was getting used to life in the top five, he replied with a smile: “Well it’s only three [races], but a very good job, by myself, by the whole team with the pit stops and everything.

“It was as good as we could do; the [Mercedes and Red Bulls] were way too far ahead of us today. We tried, and I even got ahead of Perez. If I’d had the pace to stay there, that would have been ideal, but I didn’t so I had to look after my own race, manage my own expectations and know who I’m actually racing against.

“But it was a lot of fun, the first half… the battling, the racing was difficult but what we enjoy. The second half was a lot more stressful keeping Charles behind and managing the medium tyres as well, so a race of two halves.” 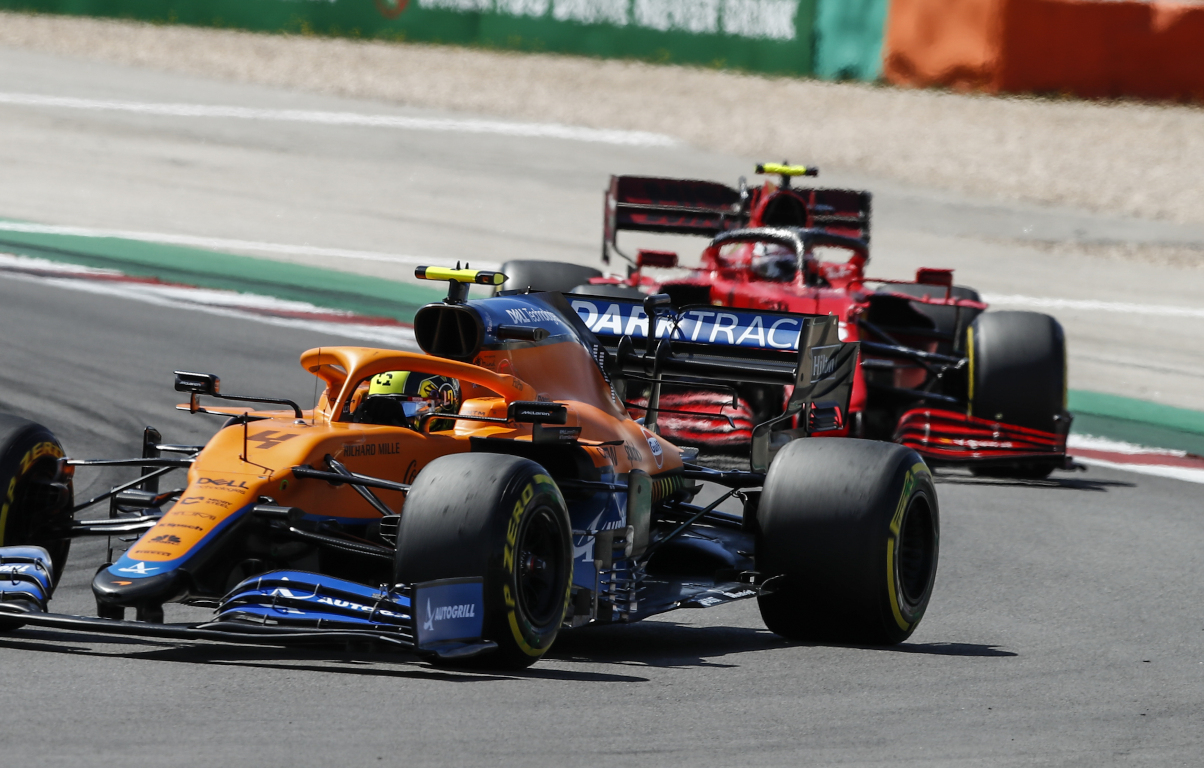 Norris and McLaren are both P3 in the respective Drivers’ and Constructors’ championships.

The 21-year-old feels Sunday’s result shows the progress McLaren have made as just six months ago at the same circuit he was P13.

While his then team-mate Carlos Sainz scored in sixth place, he was a lap down on race winner Lewis Hamilton.

This year Norris was less than a minute behind the Mercedes driver.

“I think the fact we were good here gives us some good confidence for other tracks for sure,” said Norris.

“But the car felt good. It was still not easy to drive, still quite tail happy a lot of the time, especially when it gets windy, but we’ve obviously made a lot of progress, and compared to the other guys, we had very good pace.

“So I’m happy, but it wasn’t like it was easy. Charles was pushing me a lot for the whole [final] stint. So we’ve still got work to do to make my life easier, which is always nice, but we’ll keep pushing.”