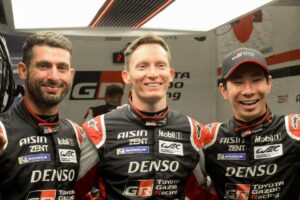 To no one’s surprise, Toyota took the front row in Hyperpole qualifying Friday at the 89th running of the 24 Hours of Le Mans, with Kamui Kobayashi getting his fourth pole at the twice-around-the clock classic.

Hyperpole, for the second straight year, allows only the fastest cars in each class to compete for the top spots.

Kobayashi wasted little time, setting the fast 3:23.900 lap early in the session in his No. 7 Toyota GR010 Hypercar. Second was Toyota teammate Brendon Hartley in the No. 8 Toyota LMH. Nicolas Lapierre was third in the Elf Matmut Alpine A480 Team entry, ahead of the two Glickenhaus 007 Pipo LMHs driven by Olivier Pla and Romain Dumas. It’s the Glickenhaus 007’s first Le Mans.

“We were not really confident because it’s so easy to mistake when you push so hard,” said Kobayashi, the outright track record holder who shares the car with Britain’s Mike Conway and Argentina’s Jose-Maria Lopez.

“I think the car’s really good, the team did a great effort.”

In the LMP2 class, Antonio Felix da Costa took the pole, with the JOTA driver edging out Louis Deletraz in the Team WRT car. All the LMP2s are powered by Gibson V-8s, and the three fastest cars were Orecas. De Costa’s best lap was a very quick 3:27.950.

“Winning Le Mans is the goal, but to be on pole is a big deal,” Da Costa said. “I’m very happy. The team has been superb with the car, it was a dream. I’m very happy with how it’s going.”

Dries Vanthoor was the fastest in GTE-Pro in the HubAuto Racing Porsche with a 3:46.882 lap, a surprise performance from the Taiwanese privateer. Second was Daniel Serra’s 3:47.063 lap in the AF Corse Ferrari 488 GTE Evo. Third was the No. 63 Chevrolet Corvette C8.R of Nick Tandy.

In GTE-Am, Julien Andlauer of Dempsey-Proton Racing put his Porsche on the class pole with a lap of 3:47.987. Tom Gamble was second for GR Racing, while Matteo Cairoli was third for Team Project 1. All the top three were in Porsche 911 RSRs.

“This was my first time in Hyperpole, team did a fantastic job to produce a great car,” Andlauer said. “The team have been amazing all week. I just had to put a lap together. It’s wonderful to be up front.”

The session was shortened early on when Kevin Estre’s Porsche went off at Indianapolis Corner, causing a red flag before most cars were able to make a proper flying lap. 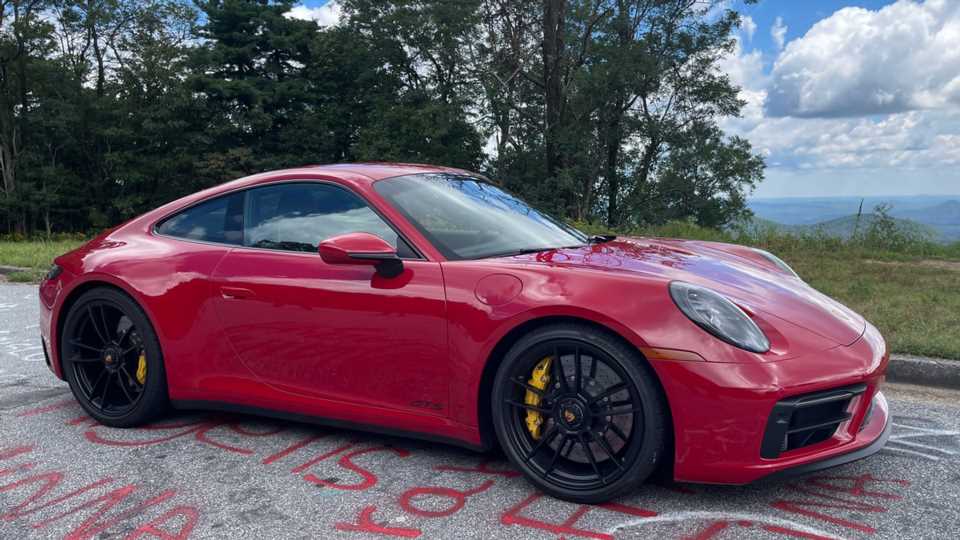 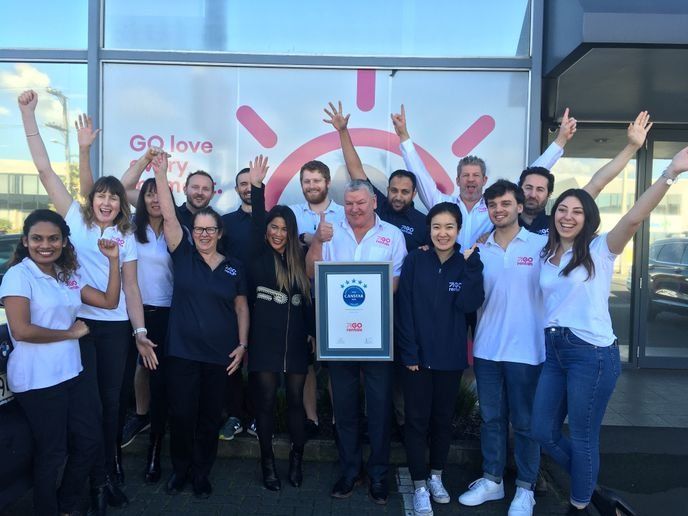