How Smart Almost Became an F1 Engine Supplier in the 2000s

Though it once produced a sports car, Smart has about the least exciting brand image imaginable thanks to its shoebox-sized superminis. But maybe we’d think of Smart in terms other than Hayabusa swaps if it had ever gone racing, like it nearly did in the 2000s on the biggest stage of them all: Formula One.

Chronicled in a video by The Race, Smart F1 entered the realm of possibility as a result of a split between Jordan and its engine supplier Honda. Now aligned with BAR, which had been beaten two years running by Jordan as of 2002, Honda unexpectedly terminated its engine supply contract after the 2002 season. Jordan was left without an engine for 2003, and hastily negotiated a deal with Ford-Cosworth before the season’s start. The Ford engines were notoriously underpowered, though, and Jordan was on the hunt for a replacement from the season’s start. At the 2003 San Marino Grand Prix, team boss Eddie Jordan found one. 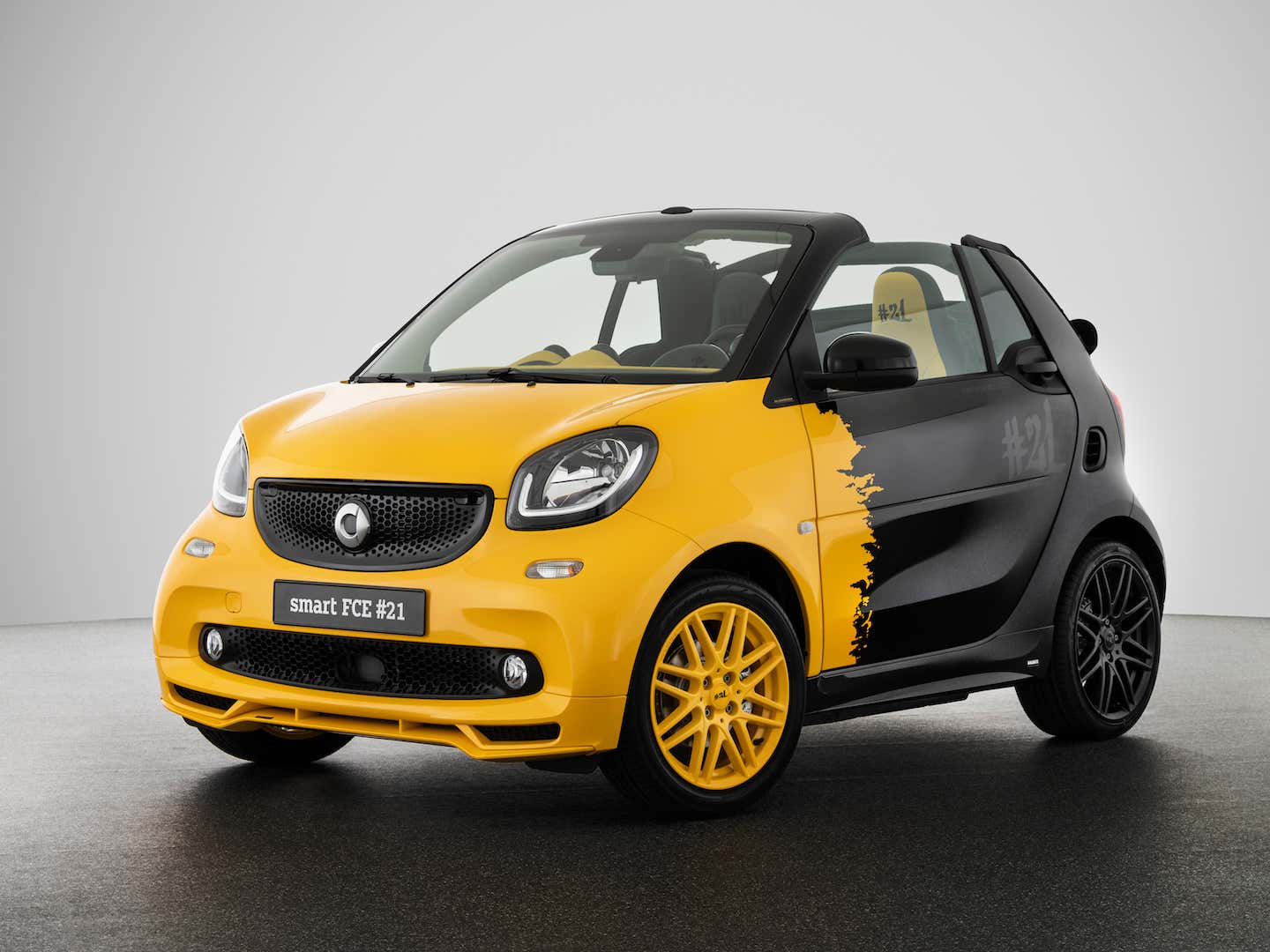 There, Jordan met with Mercedes representatives about buying engines for the 2004 season. At some point during their conversation, the idea of branding the engines as Smart units was floated, and the idea seemed satisfactory when made its way back to Mercedes management. Discussions apparently progressed to the point of agreeing to seat Mercedes prospect Gary Paffett, and while there were concerns that Jordan’s contract with Ford precluded the deal, Eddie Jordan reportedly demonstrated his team had an escape clause.

It wouldn’t be enough, though, as Ford would indirectly put the kibosh on the deal from the outside.

At that time, F1’s engine suppliers were reportedly bargaining with the FIA for more political power, using threats of forming their own breakaway series as leverage. Ford was among them, though apparently only on the condition that it would have exclusive rights to sell engines to independent teams like Jordan. To preserve the manufacturer alliance, Mercedes owner Daimler is said to have backed down on the Jordan deal, and thus, on getting Smart into F1.

Jordan struggled with its Ford engines and ceased to be a competitive force. Discouraged, Eddie Jordan eventually sold the team, which rebranded as Midland in 2006. A series of ownership changes and rebrands saw the former Jordan team land in the hands of fashion mogul Lawrence Stroll in 2018, who after acquiring a significant stake in Aston Martin renamed his F1 team thereas for 2021. So in the end, a Mercedes engine still ended up in the car, and an affiliated brand on it—it just took 17 years longer than Eddie Jordan would’ve liked.