Helmut Marko explains what convinced him to sign Max Verstappen 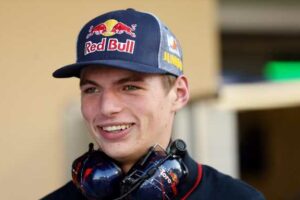 Red Bull’s driver programme boss Helmut Marko has discussed the races which swayed him to sign up Max Verstappen.

The Dutchman shattered Formula 1’s record for its youngest driver of all time when he joined the grid in 2015, contesting the Australian Grand Prix for Toro Rosso aged only 17 years and 166 days.

Prior to his involvement with the Red Bull setup, Verstappen had drawn the attention of Mercedes, though he would ultimately take the Red Bull path in his career.

At the top of Red Bull’s successful junior team is Marko, known for his high standards and to-the-point words and actions.

But what is also clear is that he has an eye for talent, and it was in 2014 at a Formula 3 round where Marko decided that Verstappen was worth bringing into the Red Bull fold.

Racing for Van Amersfoort, Verstappen completed the hat-trick by winning all three races at the Norisring in Round 6 of the Formula 3 European Championship.

This followed the same achievement at the prior round at Spa-Francorchamps, meaning Verstappen had won six races in a row.

“The conditions were constantly changing. It rained, dried up – and there he was, I think, an average of two seconds faster than everyone else,” Marko recalled in conversation with ServusTV.

“And then it was clear that this was an extraordinary talent.”

At Suzuka, @Max33Verstappen becomes the youngest driver in history to take part in an F1 race weekend 🇯🇵

He finished an impressive P12 in FP1 for Toro Rosso – just three days after his 17th birthday 😮#F1 #OnThisDay pic.twitter.com/Pbxgj9U7eg

From there, Verstappen travelled to Graz for a length conversation with Marko, in fact, one which Marko said is the longest he has ever had with a driver.

Max’s father is former F1 driver Jos Verstappen, and so, it is well-known these days that he worked tirelessly with his son to prepare him for his racing career.

And this showed with how prepared the youngster already was when Marko spoke with him.

“He prepared well and that was one of the longest conversations I’ve had with a driver,” said Marko.

“It just went deep and I noticed what will and what ambition [there is].

“But also what preparation in the past that he [made] with his father under very harsh conditions.”

Skip forward to 2021, and Verstappen is now challenging for the 2021 Drivers’ Championship.