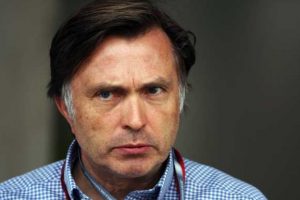 George Russell says the most important thing about the change of ownership at Williams has been Jost Capito joining the team.

The team underwent a huge change in 2020 with the Williams family handing over control of their team for the first time and investment firm Dorilton Capital taking over.

Such a change saw ex-McLaren boss Capito, who has enjoyed a hugely successful career in motorsport, come aboard as the new CEO.

Of all the positive effects the new ownership has had, Russell thinks that one is the biggest.

“The most important thing has been the arrival of Jost,” he told the Italian edition of Motorsport.

“I think it’s very important to have someone of this calibre in the team. It lets you know the foundations are being laid for building a future.

“But you also need time. At the moment, the people at the top of the team are analysing everything to understand what the weak points are, where you need to intervene.

“If you want to get back to the top of the grid, which is everyone’s goal, you have to start from the base and rebuild everything in a better way.

“I think the arrival of Jost, the presence of Simon (Roberts) as team principal and the financial support we have received from Dorilton give us hope.”

Experimental 'Sprint Races' could pop up at select races in 2021, after broad support from all parties at the F1 commission on Thursday#F1 https://t.co/dovmF5uS0c

Formula 1 has been keen to change up the race weekend format for the last few years, trying to introduce reverse grids which were rejected before putting together a proposal for sprint races instead.

They look set to be trialled at three rounds of the 2021 season, and Russell thinks it is certainly something worth trying.

“The idea of mixing it up a bit can be interesting. We had the first taste at Imola last year [a two-day weekend] and I think it worked well,” the Briton said.

“Formula 1 racing has to improve and I think there will be a step forward in 2022 when the technical regulations will allow the drivers to fight more.

“We could be patient and wait until next year but in general, I don’t know. In our position it could still be an interesting novelty. If you are at the back, every new opportunity is always welcome, so from that point of view it could be an idea to try.”