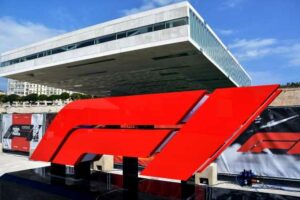 A first draft of the 2022 calendar has been leaked, revealing it will consist of 23 races as expected, starting in Bahrain and ending in Abu Dhabi.

The sport has long been clear that it wants next season to be the longest ever after plans to have 23 rounds this year were thwarted by the global pandemic.

Due to said pandemic, it has been unclear which venues would make it onto the 2022 schedule and whether it would be one predominantly consisting of ones in Europe again.

A leaked calendar from Gazzetta dello Sport has revealed that won’t be the case, with the races in Australia, Canada, Japan and China – none of which have gone ahead this year – all returning.

In fact, the sport apparently won’t head to Europe until the sixth round, the Spanish Grand Prix, with races in the Middle East, Australia, China and Miami kicking the campaign off.

The only question marks that apparently remain are whether a race at Paul Ricard or the more popular Imola will fill the sport on July 17, and whether Singapore or Turkey will host round 18.

Both of the above races will serve as a leg of tripleheaders, with the former coming after races in England and Austria, and the latter taking place between ones in Sochi and Suzuka.

In total, there are three tripleheaders, with the other consisting of Spa, Zandvoort and Monza, and four doubleheaders.

Given that a number of members of the paddock called for an end to having three races in three weeks next year, there will most likely be some complaints about the calendar if this leaked version is correct.

The full schedule is as follows: