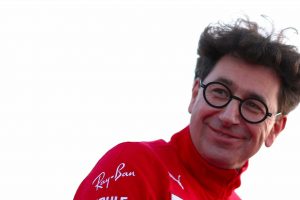 The new Concorde Agreement, budget cuts and the new regulations for 2022 aim to reduce the financial and on-track disparities between the Formula 1 teams, helping to level the playing field.

It is hoped that over time this will create closer racing and by doing so will help to attract more fans, which in turn will generate more revenues and strengthen everyone is Formula 1. It might even attract some new teams.

Whether it all works remains to be seen, but one must commend Formula 1 CEO and chairman Chase Carey in being able to get all the right signatures on the document without any undue crises. It was done with only minimal public discussion—and that is impressive in an F1 world where so much business has been dragged into the public eye in the past.

Everyone is On Board, and That’s Saying Something

“To make 10 people completely happy, is almost impossible,” said Haas F1 team principal Guenther Steiner. “So I think it was a good step made in that direction and I guess everybody was happy, because everybody signed it. If somebody wasn’t happy, they wouldn’t have signed it.”

It was a comment that was echoed by Franz Tost of Scuderia AlphaTauri.

“We are really satisfied that the Concorde Agreement is signed now,” he said. “Good job done by the teams and also the FOM (Formula One Management) and the FIA, because it was not so easy. It was long negotiations. The money distribution is much better nowadays than it was in the past and I think in combination with the cost cap and the much fairer money distribution the field will come much closer together, which should guarantee interesting races.

“I must say that all the negotiations for this new Concorde Agreement were much more transparent than in the years before. The top teams, at the end, agreed to lose some money. We must not forget that they have built up a fantastic infrastructure the last years and they will also lose some people and I think in the sense that for the future of Formula One all the teams were sitting together, negotiating together which was not always the case in the past and therefore I think we now have a really good basis for the future of Formula 1.”

Much of this has been due to Carey’s approach. His primary focus since taking over the business at the start of 2017 has been to get a new Concorde Agreement across the line. But he has always wanted that to be a healthier new deal and to achieve it with a much more conventional style of negotiation than F1 was used to, trying to build a sense of cooperation and consensus.

The numbers (shh, it’s a secret)

It is all secret, of course, but we can say with confidence that it is still not entirely fair because Ferrari will retain an annual payment, although by all accounts this has been cut in half to around $40 million a year.

Rival teams accept that Ferrari is important for the sport—even if the team is doing shockingly poorly—and they were willing to agree to the money. In fact, it will be $50 million because each of the engine manufacturers which runs a team will get a $10 million payment each year, to help them fund their engines. That is good news for Ferrari, Mercedes and Renault, but not good news for Honda, which allies itself with Red Bull.

You might be surprised to know that in reality the negotiations have focused on only certain parts of the whole agreement. The main contract runs to about 100 pages, but some of its annexes are longer, including the hyper-secret Schedule 10, which covers the money. This is about 150 pages long, so they say.

Much of the new deal remains unchanged. It makes no sense to change a document that has successfully maintained the structure and stability of the sport for almost 40 years. The finances, however, have changed along the way. Bernie Ecclestone had such a good deal that the teams pushed for more and more and he was forced to fight a rearguard action to hold on to as much as he could. The teams tried to work together, but what usually happened was that Ecclestone pulled Ferrari away from the rest with better deals and the plans for unity then fell apart.

Later on, he worked out complicated bonuses which paid the bigger teams more money. They accepted them and fell into line. The small teams were pushed around and forced to accept what was on offer.

That was Ecclestone’s way. Divide and conquer.

Carey is No Fun, But He’s Fair

Carey wanted an easier system to maintain. And thus he set about negotiating a deal that would put all the bonus payments back into the pot and then divide this up in much the same way as before, although the performance percentages were tweaked a little to create a fairer spread of the prize money.

In very simple terms, the team’s share of the revenues, which is about 60 percent, is divided into two funds. One of these is then divided equally into 10 shares, one for each team. The second is divided up unequally, depending on how successful the teams have been.

With the exception of Ferrari’s special payment, which is dressed as being a payment for the “Longest Standing Team,” there do not appear to be any special deals in the new Concorde. There are some governance benefits for Ferrari as well including having the right to veto the appointment of a new CEO of Formula 1 if that person happens to have been a senior executive, or a shareholder in a team in the three years preceding the appointment. This is not actually new as Ferrari had such a right already when it owned a share of the F1 business a few years ago.

The bonus schemes amounted to around $250 million a year, so putting them back into the pot meant that this increased by about 30 percent. This means about $10 million more per year for those at the back of the grid and more extra money for the midfield teams. The actual sums are difficult to calculate because it depends on the overall total from one year to the next, but it means about $50 million prize money for the smallest teams.

The goal—before COVID-19—was to build up the prize fund by 2023 to a point at which the prize money would be equal to the budget cap, but that does not seem very likely in the post-Covid-19 world.

“It’s been less fun negotiating with Chase than with Bernie, but he’s been scrupulously fair.”

“Liberty (Media) has been very clear since the beginning,” said Christian Horner of Red Bull Racing. “It’s been a lot less fun negotiating with Chase than with Bernie, but he’s been scrupulously fair and so I think there is a different distribution now, with things like the cost cap and a more even spread of distribution. Teams like Haas will certainly benefit from that.

“From a Red Bull perspective, obviously, seeing how Liberty have been running the sport the last few years, it feels like commercially they’re going in the right direction and this agreement feels less binding than other agreements that we’ve signed in the past. It’s more of a partnership I would say.

“It’s now down to the teams to work collectively with the promoter to improve the show and the appeal of Formula 1.”