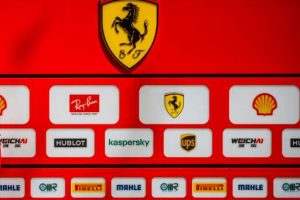 Ferrari have confirmed that Antonio Fuoco and Robert Shwartzman will drive for them in the 2020 Young Driver Test.

This year the honour will go to Antonio Fuoco, a relative veteran of the Ferrari brand having been with the team since 2013. He currently acts as a simulator driver for the Formula 1 team but has never contested a grands prix.

Shwartzman is a current Ferrari Driver Academy member and is making a strong impression in his debut Formula 2 season after being crowned F3 Champion in 2019.

The Russian driver has three wins to his name in F2, and with four races to go finds himself P5 in the standings and still in with a shout of winning the title.

“It’s exciting to know that I will be driving the SF1000 in Abu Dhabi immediately after the end of the Formula 1 season,” Shwartzman told the Ferrari website.

“I was able to try the SF71H at Fiorano at the end of September and it was incredible, even though that car is almost three years old now.

“I can’t wait to jump into the 2020 car and get out on track alongside so many of the drivers I’ve been racing against in Formula 2. I plan to enjoy every single minute of this great experience.”

Fuoco is looking forward to driving a “real” car again after putting in the mileage on the simulator to help develop the SF1000.

“I’m very happy to get back behind the wheel of a real car, having done so many virtual laps in the SF1000 in the simulator,” he said.

“It’s very useful for someone in my position, to be able from time to time to get into a car and check the correlation between the tools I usually use and how the car actually behaves on track.

“On top of that, it’s an honour to put on the red race suit and drive a Ferrari on track, a feeling that is always hard to put into words.”

Although not a favourite for a Haas seat in 2021, Shwartzman is thought to be in contention, though his compatriot Nikita Mazepin and fellow Ferrari Academy member Mick Schumacher remain the favourites to replace Kevin Magnussen and Romain Grosjean.