Home » Racing » Ferrari: Limit in how fast we can turn things around

Ferrari: Limit in how fast we can turn things around 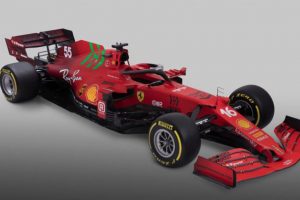 Sinking to sixth in the championship, Ferrari racing director Laurent Mekies warns there is a “limit” to how fast Ferrari can recover.

Last season Ferrari went winless, scored just three podiums and 131 points, and weren’t even vaguely in the battle for third place in the standings.

It was a sudden fall from grace for the team that the previous year was second overall, managed three wins and scored 504 points.

The team’s troubles, mainly a loss of straightline speed, were blamed on issues with both the power unit and the chassis.

Mekies said via Motorsportweek.com that 2021 is “about the lessons learned from an incredibly difficult 2020 campaign”.

He continued: “We have tried to learn from our mistakes and have tried to improve the areas where we simply have not been strong enough last year.”

He has, however, warned that recovery won’t be instant due to this year’s regulations.

Not only are the teams running last year’s cars this season, given just two tokens for development, but they are also operating under a new $145m budget cap.

“Of course,” he continued, “in the context of the frozen technical regulations and the new financial regulations we know there is a limit in how fast we can turn things around.

“Nevertheless, we have been trying to reconstruct methodically our way back to the more competitive side of the grid.

“As a race team our goal is quite simple: regardless of what’s going to be the absolute level of competitiveness of the car we are there to try to extract everything we can from its potential, deliver a strong race weekend, provide the right feedback to the factory, and do all that as a united, solid race team.”

He was also full of praise for Ferrari’s new driver pairing of Charles Leclerc and Carlos Sainz, the latter signed as Sebastian Vettel’s replacement.

“We’ve got a lot of positive energy from early phase of the relationship between Carlos and Charles,”” he said.

“Carlos has been spending a lot of time at the factory, ever since he joined us, integrating himself into the team very rapidly.

“He is a curious guy, he is open-minded, he comes with interesting experience from other teams and his relationship with engineers has already felt very natural from day one.

“Charles knows the team upside down, it’s his third year with us, we can see him developing every day a little bit more as a leader, he’s very conscious of the role he has at the team, in and out of the car.”